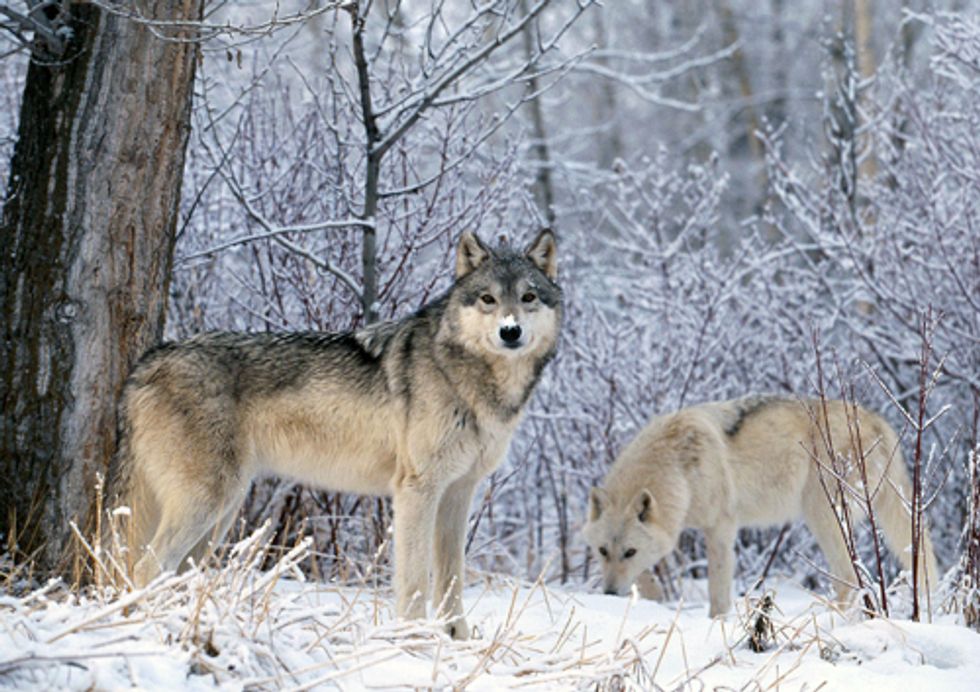 The U.S. Fish and Wildlife Service recently proposed to remove wolves in Wyoming from the endangered species list. This deadly proposal would allow unlimited, shoot-on-sight killing of wolves in nearly 90 percent of the state.

Under intense political pressure from Wyoming state officials, the U.S. Fish and Wildlife Service cut a deal that would hand wolf management over to the state, allowing politics—not science—to decide the fate of wolves in the region.

Independent scientists say that 2,000 to 3,000 wolves are needed for a sustainable, fully recovered population. But at the end of last year, only an estimated 1,650 wolves were living in the Northern Rockies—with just 343 wolves in Wyoming.

The federal government has spent 16 years and millions of dollars to restore wolves to the West. This proposal combined with the recent congressional delisting and hunting of wolves in Idaho and Montana threatens their very survival. Help us fight back against this deadly proposal.

Take action and speak out for strong wolf protections and a plan that supports a full recovery for the species. Urge U.S. Fish and Wildlife to save Wyoming’s remaining wolves and oppose any plan that allows politics to decide the fate of an imperiled species.