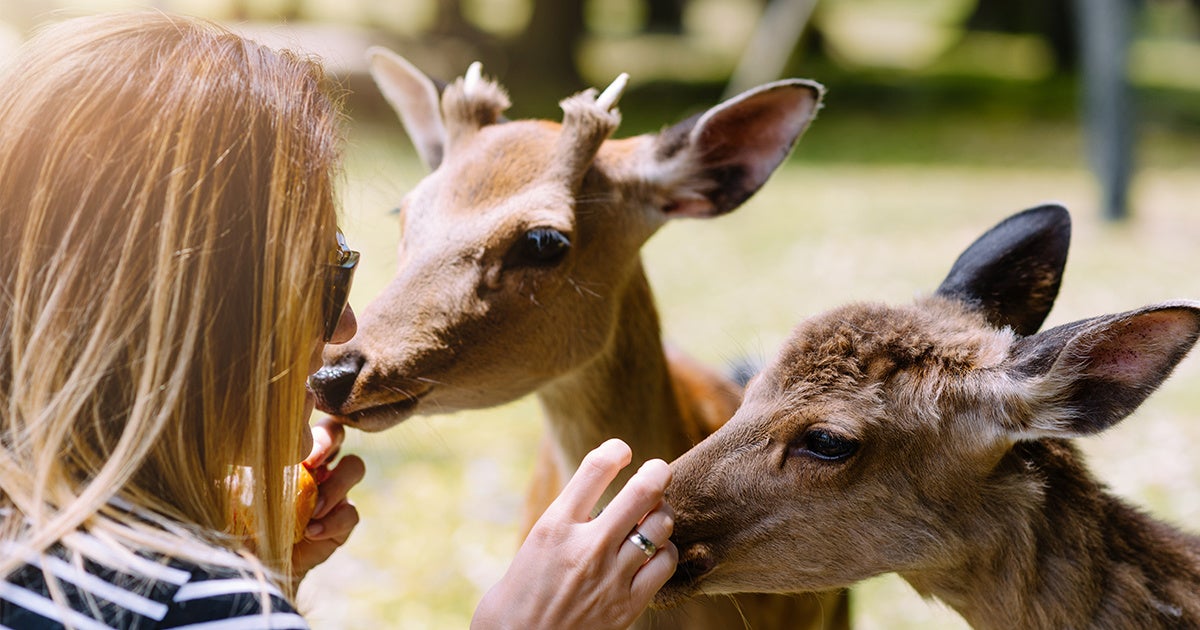 The global plastic crisis has invaded a sacred sanctuary in Japan. Nine deer in Nara Park that have died since March were revealed to have massive amounts of plastic bags and food wrappers in their digestive tract.

In March, the group posted a photo of 7 pounds of plastic pulled from another deer’s stomach.

Nara Park, just east of Osaka, is a Unesco World Heritage Sight and home to over 1,000 Sika deer, which have been classified as a national treasure and are, therefore, protected by law. Those legal protections have tamed the deer that roam the park freely without fear of predators. Visitors to the park are allowed to feed the deer with digestive and sugar-free deer crackers, known locally as shika sembei, which are sold in nearby shops and do not have plastic wrapping, according to Japan Today.

Yet, some visitors will feed the deer other treats, prompting local authorities to ask people to stop offering unauthorized snacks, as Newsweek reported.

The deer eat plastic after watching tourists take food out from bags and wrappers, said Rie Maruko, a veterinarian with the Nara Deer Preservation Foundation, as Japan Today reported. He added that the deer learn that bags contain food and they are tempted by the scents coming off discarded food packaging.

Deer are ruminants with a four-chambered stomach that allows them to digest grasses and derive their nutrition from it. When the first chamber fills with non-digestible items, like plastic, they are not able to regurgitate, digest or ingest new food. Unable to digest, the animal weakens and withers away until it finally dies.

“The deer that died were very skinny and I was able to feel their bones,” Maruko said, according to Japan Today. “Please do not feed them anything other than the designated shika sembei.”

The Nara Deer Preservation Foundation has upped its efforts to warn tourists about the dangers of bringing plastic bags and food wrappers into the park. Additionally, new signs posted in several languages this spring show people how to feed the deer, but they have not been effective in reducing plastic waste, said Ashimura, as CNN reported. The local government said it will take additional steps to protect the deer.

The conservation group launched a cleanup campaign on Wednesday. More than 100 volunteers collected over 116 pounds of trash around the park. Sixty percent of it was plastic.

“The amount of plastic garbage we collected was over our expectation,” Ashimura said, as CNN reported. “We are concerned that a mere clean up won’t solve the issue. It’s important that the visitors won’t throw them away to begin with to protect deer.”