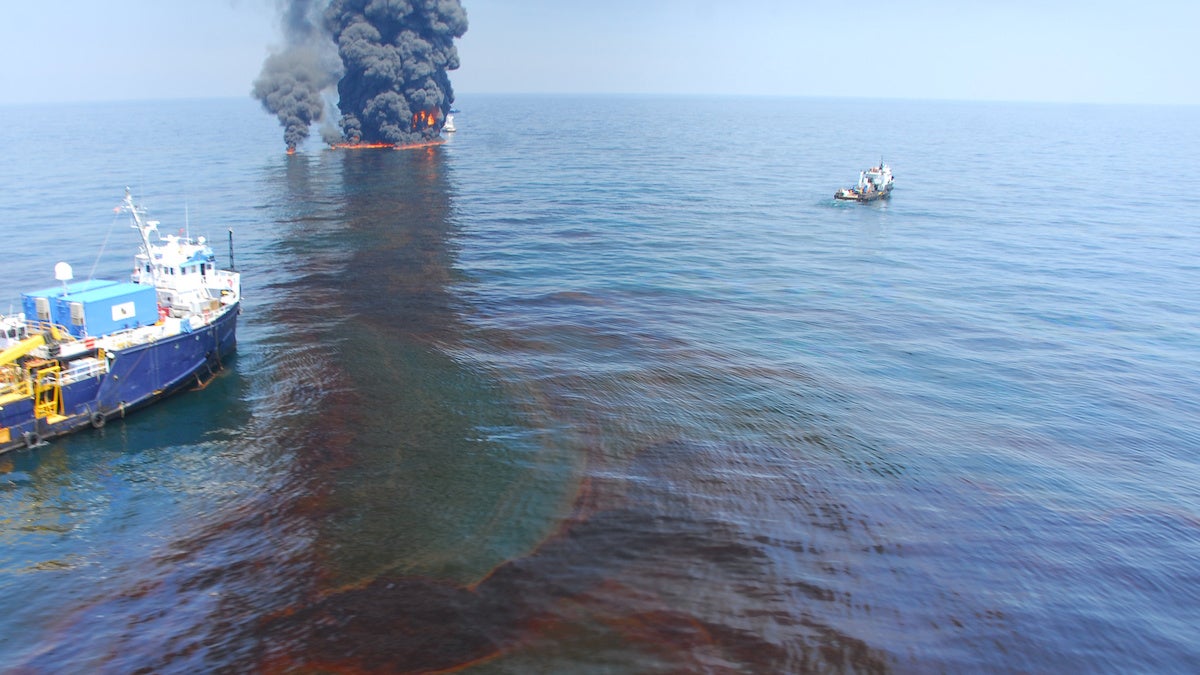 A controlled burn in the Gulf of Mexico off the Louisiana coast on June 9, 2010, less than two months after the catastrophic BP oil spill. Deepwater Horizon Response / Flickr

Ten years after BP’s Deepwater Horizon disaster sent hundreds of millions of gallons of oil across the Gulf of Mexico, researchers say the reach of the damage was far more significant than previously thought.

In a study published Wednesday in Science, Claire Paris-Limouzy and Igal Berenshtein of the University of Miami revealed that a significant amount of oil was never picked up in satellite images or captured by barriers that were meant to stop the spread.

“Our results change established perceptions about the consequences of oil spills by showing that toxic and invisible oil can extend beyond the satellite footprint at potentially lethal and sub-lethal concentrations to a wide range of wildlife in the Gulf of Mexico,” said Paris-Limouzy.

The “invisible oil” spread across an area roughly 30% larger than the 92,500 square miles experts previously believed it had reached, the study says.

“I think it kind of changes the way you think about oil spills,” Berenshtein told The Washington Post. “People have to change the way they see this so that they know there’s this invisible and toxic component of oil that changes marine life.”

The ocean protection group Blue Frontier Campaign expressed “disgust” at the revelation — but not surprise.

Are we surprised, no. disgusted, yes. Time to get off fossil fuel and on to renewables. Sea Party 2020!https://t.co/mdjYVchv6t

Since the 2010 blowout and platform explosion, which killed 11 people, scientists have estimated that the disaster spewed 210 million gallons of oil over the course of five months, with oil reaching Florida and Texas.

Much of the spilled oil that Berenshtein and Paris-Limouzy detected in their research, using a model that allowed them to trace oil in the Gulf from its source, spread below the water’s surface and became toxic enough over time to destroy 50% of the marine life it came across.

Experts vastly underestimated the extent to which marine life was harmed, the researchers said.

The research was released as the Trump administration prepares to open up the Arctic, Atlantic, and Pacific Oceans to oil and gas leases and to expand leasing in the Gulf.

“Time to get off fossil fuel and on to renewables,” wrote the Blue Frontier Campaign.