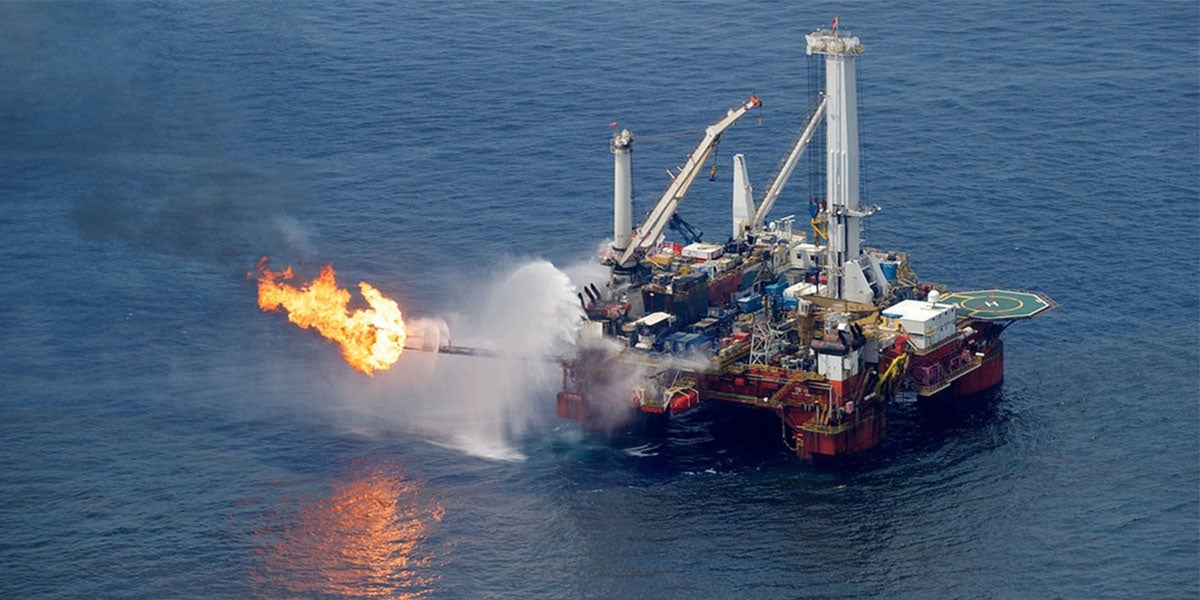 The Trump administration is ignoring advice from the bipartisan commission that investigated the BP Deepwater Horizon disaster as officials move to repeal offshore drilling safety regulations adopted in its aftermath.

Friday is the eighth anniversary of the explosion that killed 11 oil workers and caused more than 210 million gallons of oil to flow uncontrolled into the Gulf of Mexico for more than three months, killing thousands of marine mammals and birds.

“Deepwater Horizon was a deadly reminder that offshore drilling is dangerous. Refusing to learn from this disaster threatens workers, wildlife and coastal communities,” said Miyoko Sakashita, oceans program director at the Center for Biological Diversity. “Trump’s plans to get rid of safety rules dishonor the dead and ramp up the risk of another catastrophe.”

The National Commission on the BP Deepwater Horizon Oil Spill and Offshore Drilling made a series of recommendations in its January 2011 report to President Obama. Only the most significant ones—including a well-control rule that would have prevented the explosion and blowout preventer rule to seal compromised wells—were adopted. They are now being targeted for significant rollbacks by the administration, which is expected to publish revisions in the near future.

“The Commission members hold the unanimous view that weakening or rescinding the Well Control Rule would aggravate the inherent risks of offshore operations, put workers in harm’s way, and imperil marine waters in which drilling occurs,” they wrote in a May 8, 2017 letter, in which they called that rule “the most broadly important measure to come out of what the Commission learned.”

Offshore incidents—including fires, explosions, injuries and the loss of well control (also known as blowouts)—have all steadily declined since 2014, according to data from Bureau of Safety and Environment Enforcement, which was created in the wake of the 2010 disaster. Better regulations and inspections adopted after Deepwater Horizon seem to be paying off, despite the Trump administration’s stated desire to rescind them.

Yet the annual number of offshore oil spills (those spilling more than 2,100 gallons of oil, chemicals or drilling mud) has remained high since 2010, when Deepwater Horizon was among nine offshore oil spills. From 2012 through 2017, there was an average of more than 20 serious offshore spills per year, the bureau’s data showed. From 2000-2009, spills averaged 17 per year.

That number could dramatically increase in the coming years as the administration tries to expand drilling in almost every U.S. ocean. Based on its draft 2019-2024 outer continental shelf oil and gas program and our analysis of historic federal spill data, oil spills could increase to more than 100 per year. This does not account for catastrophic oils spills like the Deepwater Horizon or a weakening of regulations.

Aging offshore drilling infrastructure and an oil industry more concerned with profits than public safety are likely factors in the high number of annual spills.

As The New York Times reported last month (“Trump Rollbacks Target Offshore Rules ‘Written with Human Blood’“), small oil companies backed by private equity firms have bought up older offshore wells in the Gulf and are pushing hard to make them more profitable. These companies had much higher rates of offshore safety violations than the industry average and have publicly pushed the Trump administration to roll back offshore drilling safety regulations.

“Offshore drilling can’t be made safe, but they can make it much more dangerous. This is pure greed coupled with an administration that is reckless and willfully ignorant,” Sakashita said. “The legacy of Deepwater Horizon shouldn’t be just ecological destruction. We need to learn from it.”

The spill left the seafloor coated in oil and dispersant chemicals to this day. Studies show dolphins, sea turtles and some fish species are still experiencing problems due to the spill. Yet the Trump administration continues to permit offshore fracking and seismic oil surveys that harm sperm whales and other imperiled species.

Nearly 400,000 Gallons of Oil Spews Into Gulf of Mexico, Could Be Largest Spill Since Deepwater Horizon https://t.co/TIvmO6hNub @Greenpeace