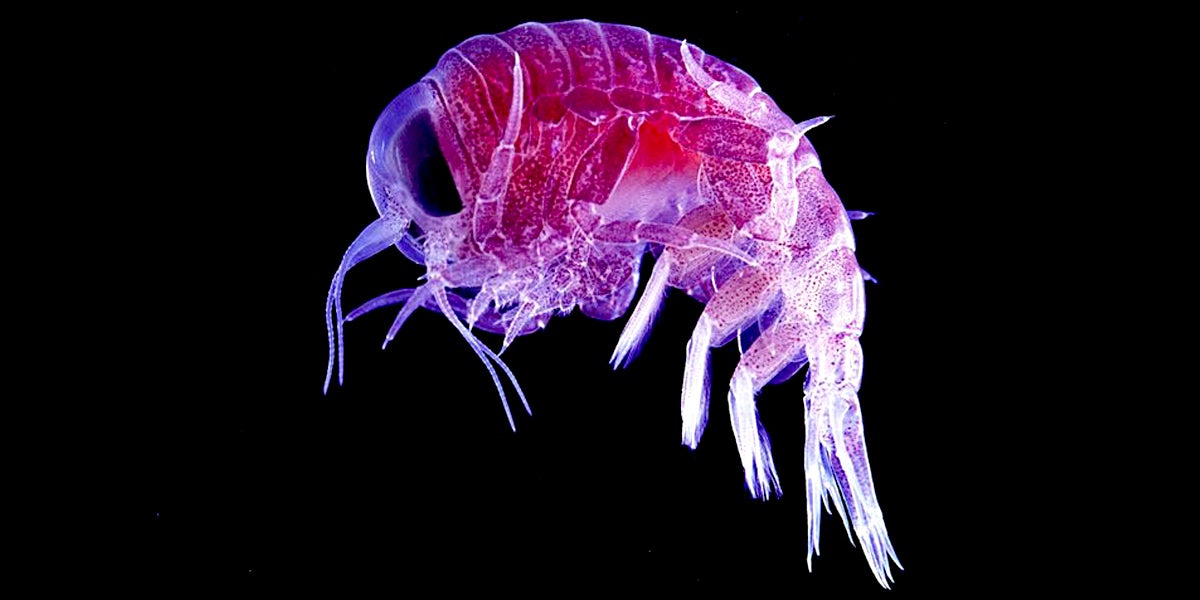 English researchers have discovered an alarming amount of toxic pollution in the bodies of amphipods living in the deep sea trenches of the Pacific Ocean. The research team from Newcastle University, the James Hutton Institute and the University of Aberdeen caught and tested small crustaceans in the Mariana and Kermadec trenches, which reach about 30,000 feet deep. Dr. Alan Jamieson led the team and is lead author of the study, Bioaccumulation of persistent organic pollutants in the deepest ocean fauna, which was published online in the journal Nature Ecology & Evolution in February.

“Here we identify extraordinary levels of persistent organic pollutants in the endemic amphipod fauna from two of the deepest ocean trenches … ” the study abstract states. The study also explains that the creatures tested contained more pollutants than similar crustaceans from some of the earth’s most polluted waters, including China’s Liaohe River and Japan’s Suruga Bay.

The amphipods held “10 times the level of industrial pollution than the average earthworm,” a Newcastle press release stated.

The researchers employed remotely-operated vehicles to trap the amphipods.

“We still think of the deep ocean as being this remote and pristine realm, safe from human impact, but our research shows that, sadly, this could not be further from the truth,” Jamieson said. The study “really brings home the long term, devastating impact that mankind is having on the planet,” he added.

Some of the chemicals found have been banned since the 1970s, including polybrominated diphenyl ethers (PBDEs) and polychlorinated biphenyls (PCBs). PBDEs were used as flame retardants and PCBs as electrical insulators and unfortunately, more than one million tons were produced before the ban.

These chemicals are known as Persistent Organic Pollutants and are highly resistant to natural deterioration. The research team speculates that the creatures tested may have eaten plastic debris or polluted animal carcasses that sunk into the trenches.

The team plans to explore what these findings mean for the wider ecosystem and determine how, if possible, to avoid further damage to this deep-sea habitat.