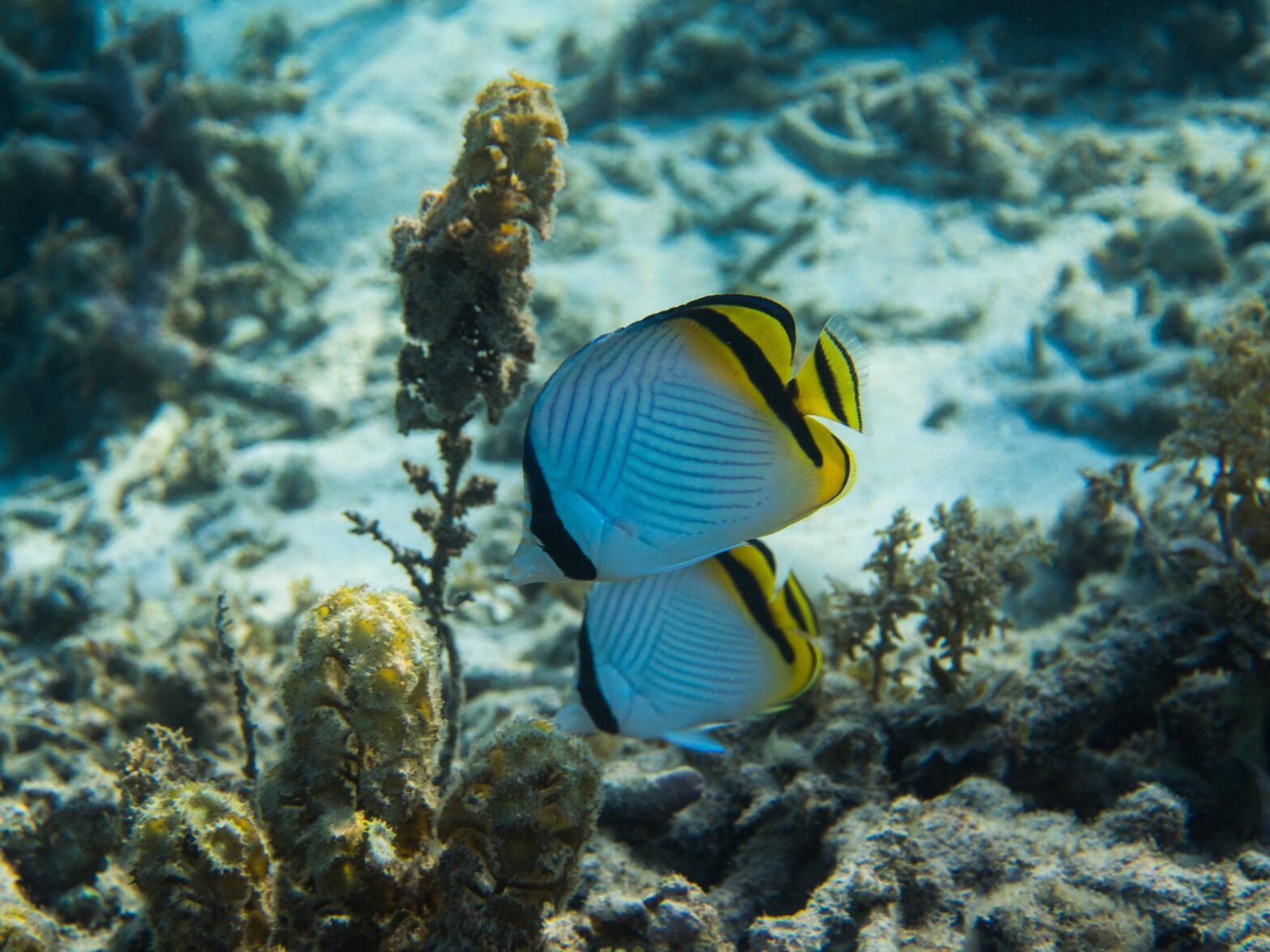 A pair of fish swim near the ocean floor off the coast of Mauritius. A motion calling for an end to deep sea mining of minerals was adopted at the world congress of the International Union for the Conservation of Nature this week. Roman Furrer / Flickr

A vote overwhelmingly in favor of placing a moratorium on deep-sea mineral mining at a global biodiversity summit this week has put urgent pressure on the International Seabed Authority to strictly regulate the practice.

Eighty-one government and government agencies voted for the moratorium, while 18 opposed it and 28, including the United Kingdom, abstained from voting. Among NGOs and other organizations, 577 supported the motion while fewer than three dozen opposed it or abstained.

Deep-sea mining for deposits of copper, nickel, lithium, and other metals can lead to the swift loss of entire species that live only on the ocean floor, as well as disturbing ecosystems and food sources and putting marine life at risk for toxic spills and leaks.

Fauna and Flora International, which sponsored the moratorium along with other groups including the Natural Resources Defense Council and Synchronicity Earth, called the vote “a momentous outcome for ocean conservation.”

The motion called for a moratorium on mining for minerals and metals near the ocean floor until environmental impact assessments are completed and stakeholders can ensure the protection of marine life, as well as calling for reforms to the International Seabed Authority (ISA) — the regulatory body made up of 167 nations and the European Union, tasked with overseeing “all mineral-related activities in the international seabed area for the benefit of mankind as a whole.”

In June, a two-year deadline was set for the ISA to begin licensing commercial deep-sea mining and to finalize regulations for the industry by 2023.

“Member countries of the ISA, including France which hosted this Congress, need to wake up and act on behalf of civil society and the environment now, and take action in support of a moratorium,” said Matthew Gianni, co-founder of the Deep Sea Conservation Coalition, in a statement.

The World Wide Fund for Nature, another cosponsor of the motion, called on the ISA to reject the deep-sea mining industry’s claims that mining for metals on the ocean floor is a partial solution to the climate crisis.

“The pro-deep seabed mining lobby is… selling a story that companies need deep seabed minerals in order to produce electric cars, batteries and other items that reduce carbon emissions,” said Jessica Battle, a senior expert on global ocean policy and governance at the organization. “Deep seabed mining is an avoidable environmental disaster. We can decarbonize through innovation, redesigning, reducing, reusing, and recycling.”

Pippa Howard of Fauna and Flora International wrote ahead of the IUCN summit that “we need to shatter the myth that deep seabed mining is the solution to the climate crisis.”

“Far from being the answer to our dreams, deep seabed mining could well turn out to be the stuff of nightmares,” she wrote. “Deep seabed mining — at least as it is currently conceived — would be an utterly irresponsible and short-sighted idea. In the absence of any suitable mitigation techniques… deep-sea mining should be avoided entirely until that situation changes.”