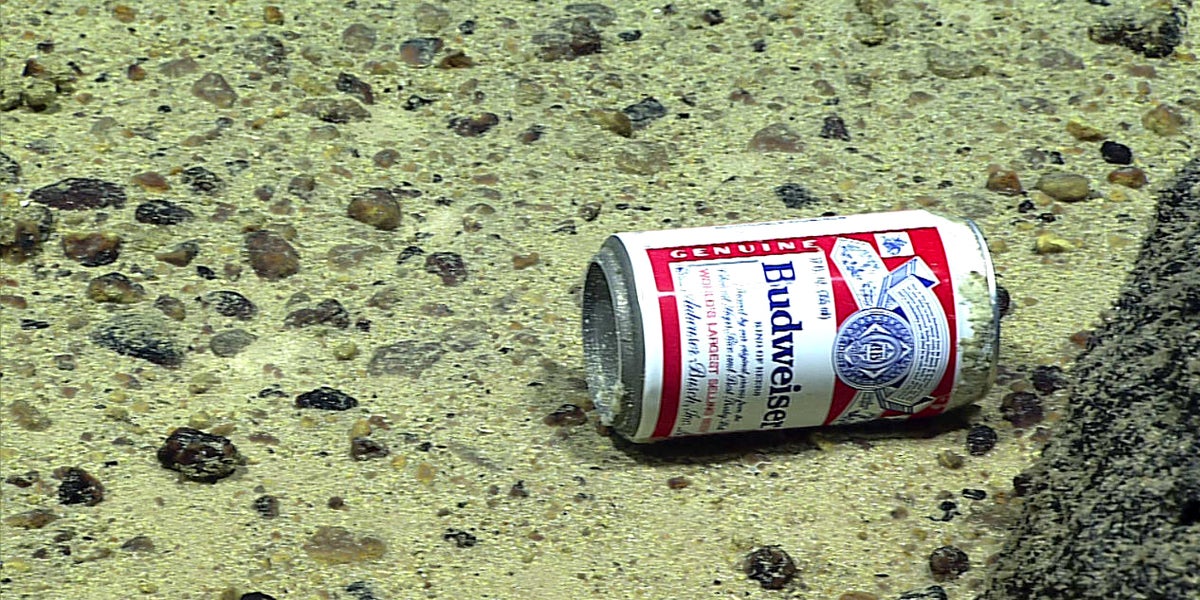 In Disney’s latest animated release, titular character Moana and a demigod named Maui dive to the bottom of the ocean to do battle with a giant, David Bowie–channeling crab in a place called the Realm of Monsters. But it’s not just for kicks and a catchy dance number, of course. Maui has lost his magical hook and of all the places it could be in the deep blue sea, he suspects that the glam-rock crab called Tamatoa has scooped it up.

Maui, it seems, is a student of marine biology. Plunge more than 36,000 feet below the waves in the real ocean and you will find almost-foot-long crustaceans called amphipods that scuttle about in search of rotting flesh and anything else that plummets into their lightless lair. While they might look like aliens, these guys are actually cousins to the sand hopper, the little, living detritus that pings away as you kick a pile of seaweed.

Now, you might think that a life way under the sea would afford these cryptic crustaceans certain advantages—for one, avoiding humans and all of our waste. After all, it’s not as if people are wont to visit a place deeper than Mount Everest is high, a place buried beneath so much black, salty seawater that pressure alone would cause an unprotected human body to implode.

But alas, just as Moana and Maui were able to sneak down and cuss up Tamatoa’s day, so have we been able to yet again muck up an ecosystem we’ve scarcely even explored.

According to research published on Feb. 13 in the journal Nature Ecology and Evolution, the tissues of deep-sea amphipods are positively teeming with persistent organic pollutants or POPs. These include nasty chemicals like polychlorinated biphenyls (PCBs), used for insulators and coolants and polybrominated diphenyl ethers (PBDEs), which are found in flame retardants. These substances are so toxic, we banned them both back in the 1970s. POPs have a tendency to bioaccumulate, which is a fancy word for what happens when little fish get eaten by big fish and those big fish absorb all the pollution inside all those little fish. It really adds up. Could that be why an apex predator like Tamatoa glows in the dark?

Monsanto's toxic PCBs have been discovered in alarming amounts in the bodies of amphipods living in the deep sea… https://t.co/i3uhd3fMIn

The findings reveal that even areas of the world that we think of as extreme and remote and pristine are anything but, said lead author Alan Jamieson, a marine ecologist at Newcastle University in the United Kingdom. “Most of the ocean is, in fact, not exempt from what we do up here.”

To get his samples, Jamieson and his team deployed remotely operated lander vehicles to some of the deepest known trenches on Earth: the Mariana Trench in the western Pacific and the Kermadec Trench off New Zealand. At depths of more than six miles, the landers lured in bottom-feeders with mesh bags full of mackerel and then funnel traps captured the tiny beasts. (While some amphipods can grow to the size of foot-long hot dogs, these critters were no larger than an inch or about half a cocktail weenie). Back at the surface, scientists analyzed the tissues from three different species of amphipod for concentrations of POPs. What they found was shocking.

Some of the amphipods the team sampled showed levels of PCBs 50 times higher than crabs that live in the paddy fields along the Liaohe River, one of China’s most polluted waterways. This is more than a little surprising, considering that those crabs live their entire lives bathed in toxins while their amphipod cousins could not live farther away from pollution sources. Even worse, the researchers found PCBs and PBDEs “in all samples across all species at all depths in both trenches.”

Nobody knows exactly how the pollution wound up in the deepest of deeps, but the researchers suspect that the substances sprinkle down as tiny particulates or stow away on anything large enough to make the descent in one piece, notably dead whales and fish.

It’s unclear what effect, if any, the POPs have on amphipods, said coauthor Stuart Piertney, a molecular ecologist the University of Aberdeen in the United Kingdom, but we know these chemicals are generally endocrine disruptors. So it’s possible that the pollutants could be messing with the deep-sea crustaceans’ hormone-associated processes. Studies on the effects of endocrine disruptors on humans have linked them to cancers, birth defects and problems reproducing. What they do at the literal bottom of the food chain, we don’t know.

According to Jamieson, PCBs affect the reproductive success of crustaceans living in shallower waters. “We can only speculate the same thing occurs in the deep ones,” he said. “But again, without being able to study them alive we simply don’t know.”

Observing life as it naturally operates down in the deep is not easy. Just as a human can’t survive the pressures found at the trench floor, deep-sea critters often can’t handle the journey to the surface. The best scientists can do sometimes is yank up whatever they can catch and pick through the scraps for meaning.

Whether these polluted amphipods are worse for wear in their home habitat, though, is a little beside the point. They are simply proof that we can’t keep treating the sea like a big, black pit. There are currently more than 400,000 tons of PCBs swirling in the seven seas. If the Earth’s most inaccessible ecosystems are now coping with the mistakes of nearly half a century ago, how long will it take the environment to bounce back from bad decisions we make today?