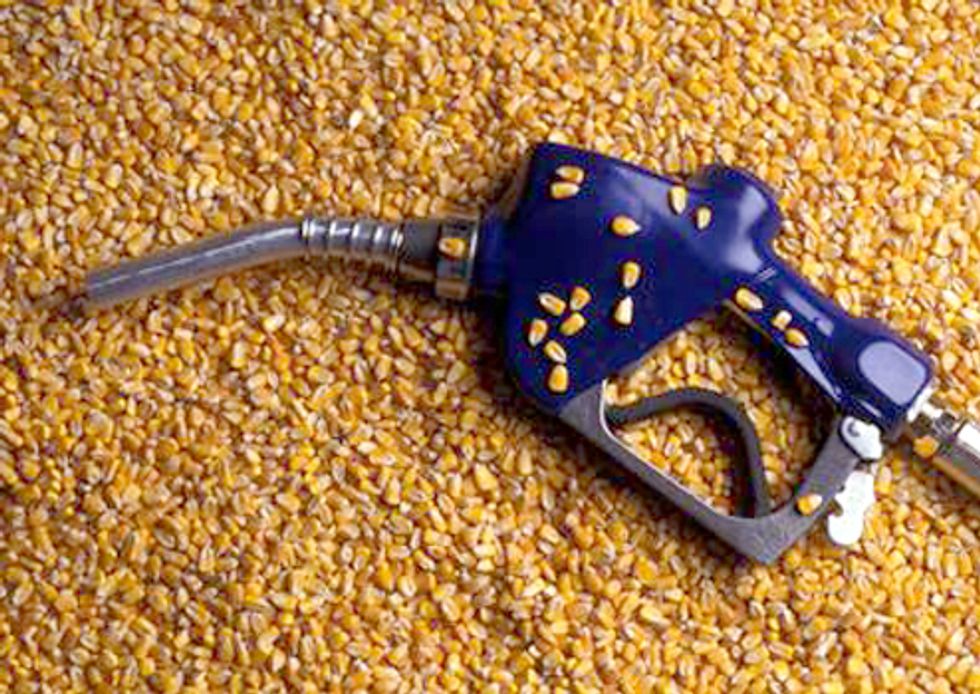 Food or Fuel? Severe U.S. drought exposes the truth behind the stupidity of the corn ethanol mandate.

The highly charged debate of food versus fuel is rising rapidly up the American political agenda after the worst drought for 50 years in the U.S. has inflicted huge damage on the country’s maize crop.

The debate has now intensified with the United Nations (UN) calling for an immediate suspension of the U.S. government-mandated scheme, which diverts around 40 percent of its corn into ethanol under the Renewable Fuels Standard (RFS).

Writing in the Financial Times newspaper, José Graziano da Silva, the director-general of the UN’s Food and Agriculture Organisation, has called for “an immediate, temporary suspension” of the ethanol mandate which would allow more of the crop to be channeled towards food.

The Financial Times is arguing that Silva’s intervention will add to pressure on Obama to address the food versus fuel debate in the run-up to November’s presidential elections.

U.S. maize production had been expected to reach a bumper crop this year, but that was before the worst drought for 50 years largely decimated the crop. We will find out just how badly yields are down later today when the U.S. Department of Agriculture releases figures.

Most people are expecting bad news, with analysts predicting that U.S. corn output will be at its lowest level in six years with stockpiles near record lows. On Aug. 9, U.S. corn prices were nearly at a record high.

But despite this, Silva points out that much of the reduced crop yield will still go to into biofuel production due to the U.S. federal mandates “leaving even less for food and feed markets.”

And the competition between food and fuel is likely to intensify as world prices of cereals are rising.

So, Silva says that “one way to alleviate some of the tension would be to lower or temporarily suspend the mandates on biofuels and that … An immediate, temporary suspension of that mandate would give some respite to the market and allow more of the crop to be channeled towards food and feed uses.”

Silva says the dramatic situation in the U.S. “reminds us that even the most advanced agricultural systems are subject to the vagaries of the weather, leading to volatility in supplies and prices not just on domestic markets but also internationally. Climate change and extreme weather events will further complicate the picture.”

Silva joins a growing list of people calling for action on the Renewable Fuels Standard. Earlier this week, 26 U.S. Senators urged the U.S. Environmental Protection Agency to adjust the mandate as well as advocacy groups exposing the stupidity of the corn ethanol mandate.

Some of the Group of 20 leading economies—including France, India and China—have also expressed concern about America’s ethanol policy.

Visit EcoWatch's FOOD and ENERGY pages for more related news on this topic.