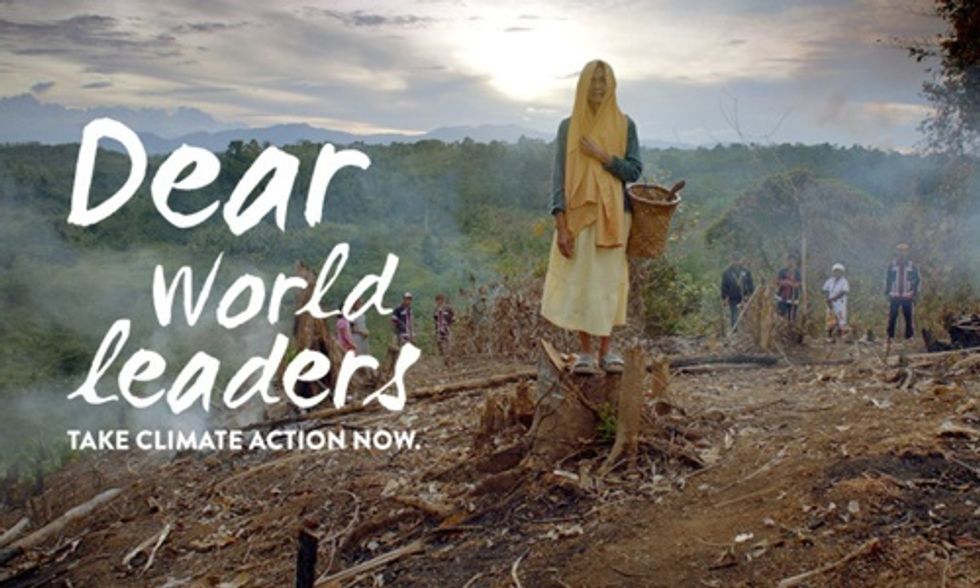 Around the world, people from all walks of life are standing together to demand a strong climate agreement in Paris and a healthy future for the planet.

It’s not often leaders from 195 countries meet in the same room together, but that is exactly what will happen in Paris this December at the twenty-first Conference of the Parties (COP 21) to the United Nations’ Framework Convention on Climate Change.

What’s the goal of COP 21? For world leaders to create the strongest global agreement possible to reduce greenhouse gas emissions

That’s why we’re speaking out to them in this Open Letter.

The threat of climate change is real. We have the knowledge and the tools to create a world that runs on clean and low-carbon energy—but that's not enough. We need our leaders to take serious action.

Join us in calling out to world leaders and demanding a strong agreement at COP 21.

When the world speaks with one voice, our leaders will have to listen.