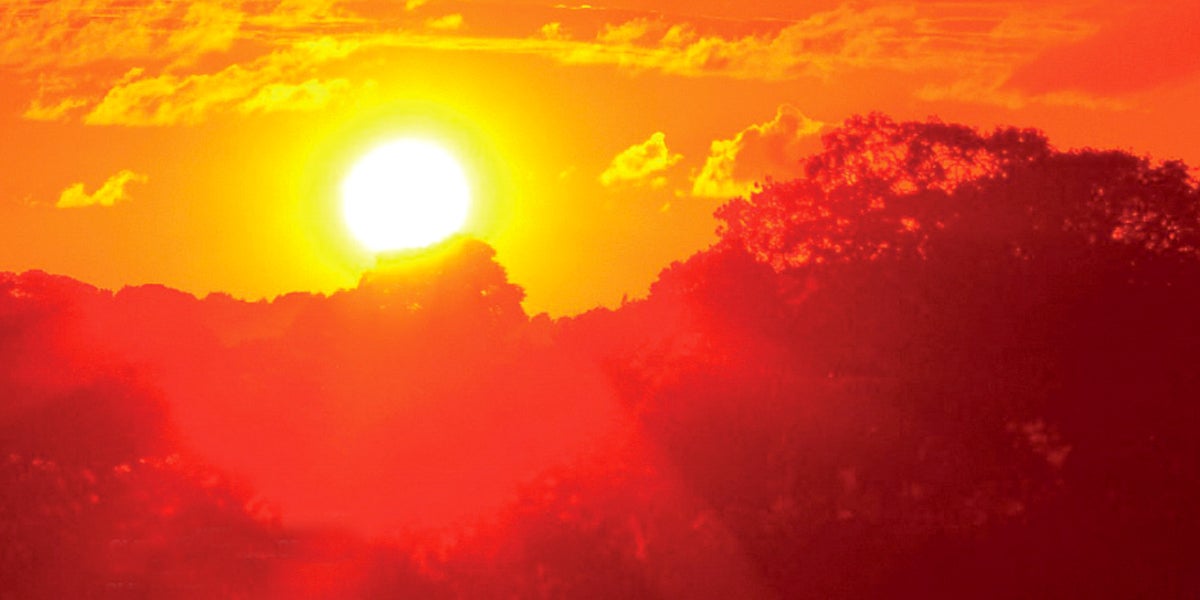 A hot air mass parked over central Australia is delivering the second brutal heat wave this month. January is quickly approaching a record-breaking month Down Under.

These heat waves are being driven by warmer ocean temperatures, in turn heating-up central Australia and spilling across the eastern half of the continent.

“The heat waves were likely driven by warmer sea temperatures combining with the unusual spread of a ‘reservoir of hot air’ that had been building in central Australia over the past several weeks,” said Phil King of the Bureau of Meteorology.

The Tuesday overnight temperature for Sydney, New South Wales (NSW), a city of 4.3 million people, registered 77F. By 6 a.m. the mercury read 88F and later in the afternoon, in the western suburbs, it reached a scorching 109F.

It was the hottest sticky night in five years. Thousands of people appeared at Sydney’s Bondi Beach just after sunrise to cool off.

“We’re not used to seeing that many people, normally it’s crickets [this early in the morning] … but there’s a lot of people in the water, it makes it difficult to see them with the sun glaring in our face,” said Bondi lifeguard Andrew Reid.

Last week, 200 other Queenslanders were treated for heat stroke and dehydration.

In addition to fierce heat waves, new research from the ARC Centre of Excellence for Climate System Science warned that as Earth’s temperatures approach 2C, the upper limit of the Paris climate agreement, Australia will see an 11.3-30 percent intensification of rainfall from extreme precipitation events, while some areas will increase in drought.

“There is no chance that rainfall in Australia will remain the same as the climate warms,” said Professor Steve Sherwood, an author of the research from University of New South Wales.

Another report, The Heat Matches On, warned that “as Australians continue to suffer from more frequent and worsening extreme heat events, the path to tackling climate change is becoming more urgent: no new coal mines can be built, existing coal mines and coal-fired power stations must be phased out and renewable energy must be scaled up rapidly.”