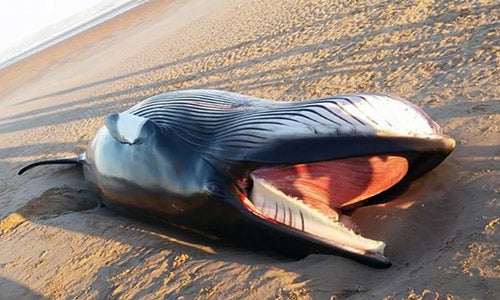 A 23-foot minke whale washed up on a beach in St. Andrews, Scotland, after getting caught in fishing net.

The whale, believed to be male, was spotted on the beach Wednesday night, according to the Daily Record. A pathologist for the Scottish Marine Animal Stranding Scheme (SMASS) conducted an autopsy Thursday. SMASS collects data from stranded marine animals to learn more about them. 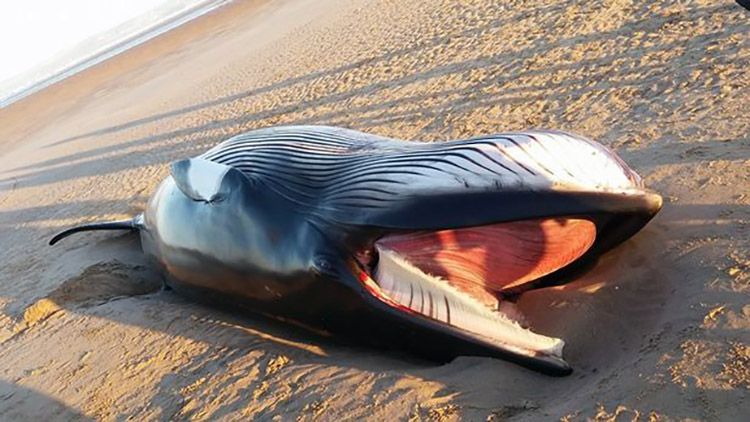 Dead Minke whale on the beach at St Andrews. Photo credit: via Facebook

We have a good idea of what happened to this animal. It looks like it was entangled quite recently. That’s probably the reason why it’s died.
There seems to be some cuts along the tail stock that would be consistent with it being cut in some form of fishing rope.

The most common cause in other species is creel fishing. Often the rope that goes from the creel trap to the surface buoy leaves a loop in the water and it seems that animals become entangled in the rope.

Brownlow added that entanglement is becoming a more common cause of death for marine animals. He hopes by studying this whale’s death and others, SMASS will gather enough information to build prevention programs.

SMASS is urging people to not approach the dead whale, the Daily Record added. Brownlow said there’s a slight chance that the animal could be carrying infectious bacteria that could be harmful for those who come into contact with the carcass.

“The chance of people picking up anything is actually very small,” he told the Daily Record. “They carry some diseases which can be harmful but in general they’re actually relatively benign. But you never know.” 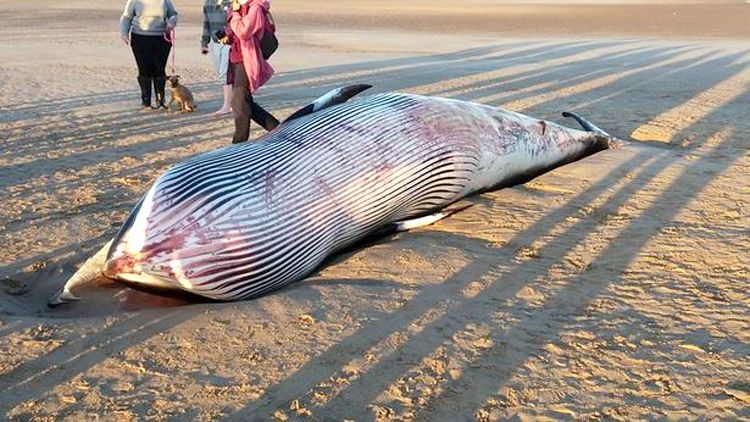 The whale is thought to have become entangled in fishing ropes. Photo credit: via Facebook

Brownlow doesn’t expect this whale to exploded unlike the infamous sperm whales.

“Their physiology and anatomy isn’t quite the same as sperm whales—those things are like submarines so they are a very different undertaking for a post mortem,” he said.