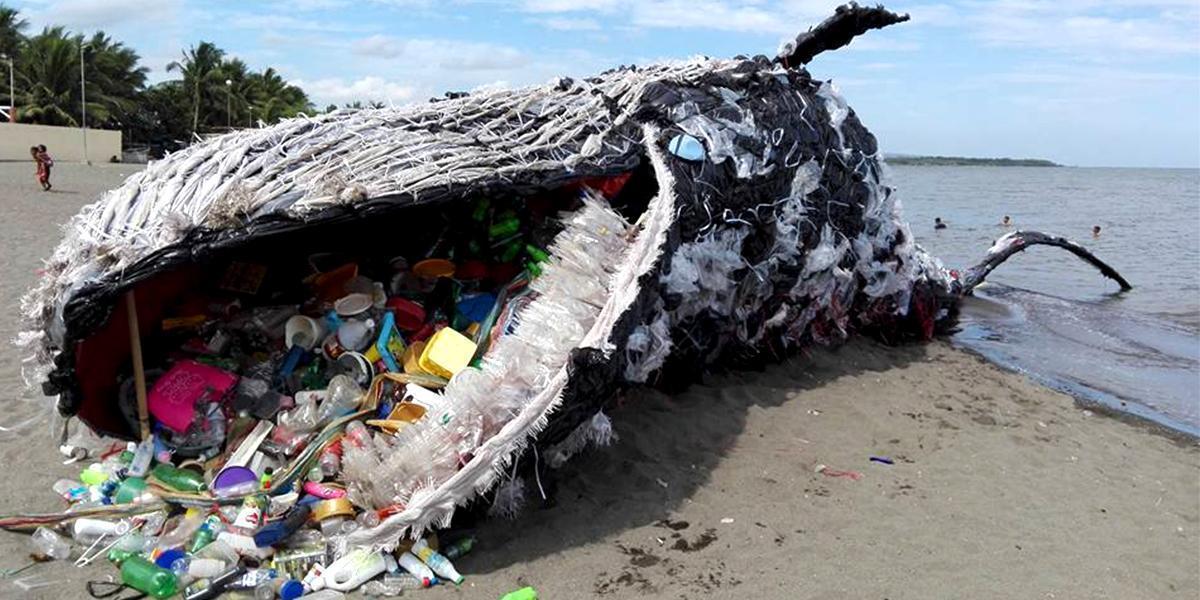 Greenpeace Philippines sent a strong message about plastic pollution with a giant “Dead Whale” art exhibit this month in Naic, Cavite. The 50-foot long whale replica, which was created from plastic waste, was positioned on the beach near the shoreline in Manila Bay.

“Listen to the dead whale’s wake-up call, look closer and see what plastic pollution does to the ocean,” Greenpeace Philippines wrote on Facebook about the campaign. “We hope that this installation encourages the public to take action and #RefusePlastic.”

Biboy Royong, creative director of the “Dead Whale” project, said the art exhibit was inspired by a 38-foot juvenile sperm whale that died in December 2016 on Samal Island in Davao del Norte. It was reported that the whale died after ingesting plastic, fish net, hook, rope and steel wire.

“We based its shape, color, texture, size and proportion on pictures of real beached whales,” he added. “We even chose to show a decomposing whale so we played more with the textures on its skin using plastic trash we have collected. We wanted to surprise the community in the area. For it to work, we had to carefully craft a realistic dead whale.” 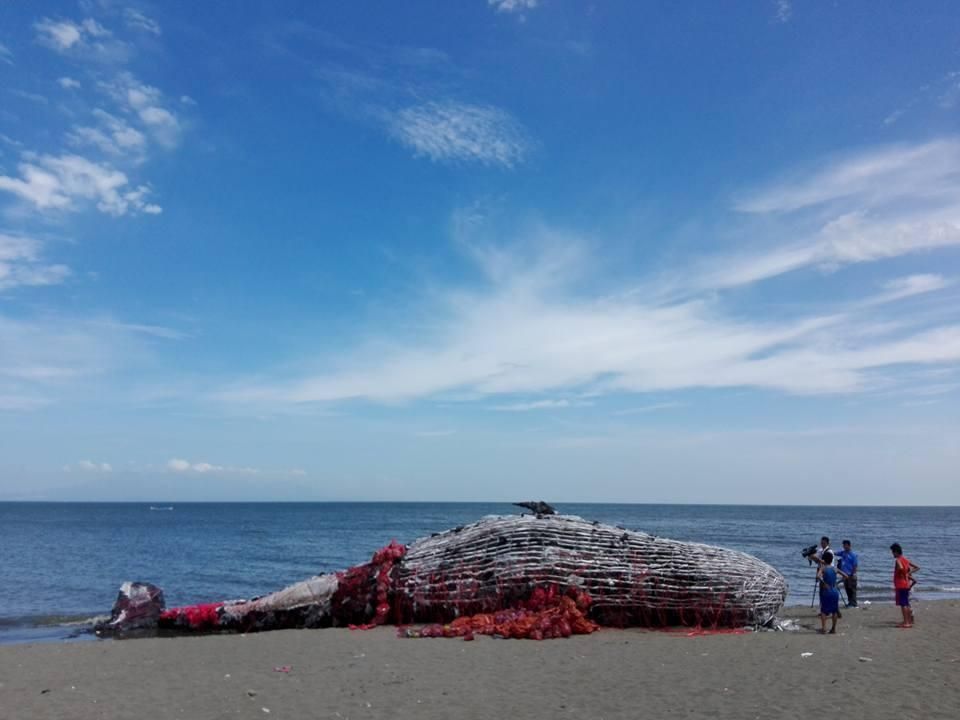 Many who saw the whale on the beach did believe it was real, and the reaction has been similar to photos posted online. “Most disturbing thing that I have seen in my life!” wrote one person on Greenpeace Philippines’ Facebook page.

“That is so outrageous and horrible, that it almost looks fake,” wrote Keven on this post on the 5Gyres Facebook page.

There was an environmental projection that by 2050, if we don’t stop polluting our waters, there could be more ocean wastes than marine life,” Royong told Spot.

In addition to the art exhibit, an online petition was launched calling on “the ASEAN member states to take concrete measures against plastics pollution in the high seas.”