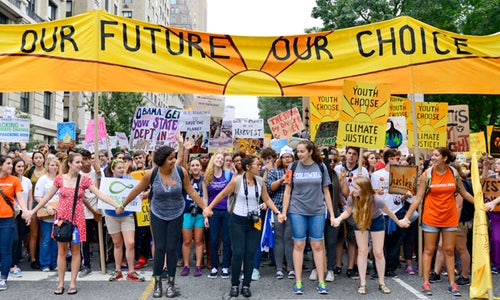 When she was just 12 years old, my daughter Severn gave a speech at the 1992 UN Earth Summit in Rio de Janiero, Brazil. She spoke with such conviction that delegates were moved to tears. It was one of my proudest moments as a father. More than 20 years later, Severn is the mother of two young children, and the video of her speech is still making the rounds, inspiring people around the world. Its popularity speaks to the power the young have to affect the world’s most pressing issues.

More than half the world’s population is under 30, a demographic now at the forefront of international decision-making and some of Canada’s most powerful environmental changes. Across the nation, youth are thinking critically about how we can become better stewards of our vast landscapes and spectacular wildlife and protect the air, water, soil and diversity of nature that keep us healthy and alive. They’re standing up for strong environmental protection and a saner approach to resource management in their own communities.

Vanessa Gray, a 22-year-old member of the Aamjiwnaang First Nation, mobilized other young people to campaign against Enbridge’s Line 9 pipeline proposal to transport oilsands bitumen through Sarnia, Ontario, to Montreal for export. She continues to speak out about refinery pollution and host “toxic tours” of Canada’s Chemical Valley, where 63 petrochemical plants surround her community.

Some young leaders are taking up the David Suzuki Foundation’s call to support the right to a healthy environment in their towns. In December, after attending a Foundation Blue Dot Tour event, 10-year-old Victoria resident Rupert Yakelashek led a successful charge to have his city adopt a declaration giving citizens the right to clean air, water and food, and to participate in decisions that affect their environment. 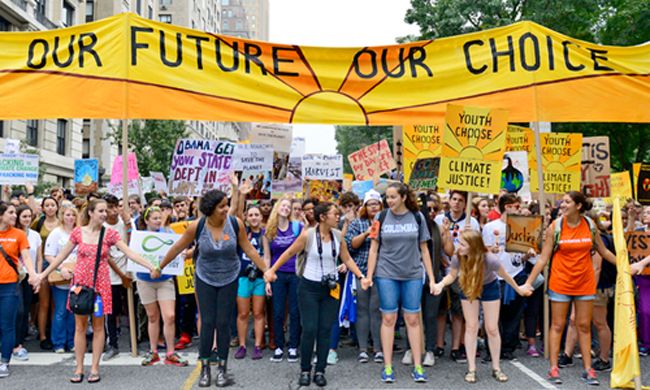 Ta’Kaiya Blaney, a 13-year-old from B.C.’s Tla’Amin First Nation, followed a path similar to my daughter’s, speaking at the UN Rio +20 conference in 2012 when she was just 11. She’s also gaining recognition as the visionary behind the Salish Sea Youth Foundation and for speaking, writing and singing in defense of a healthy future for animals, humans, plants and ecosystems. She incorporates environmental messages into her songs, as she did on the Blue Dot Tour. “In my culture it’s a fact, and an understanding of life, that everything is connected, and we were put on this earth to be stewards and caretakers of the environment,” she writes.

Young leaders are also at the forefront of Idle No More, one of the largest Indigenous mass movements in Canadian history. What began in 2012 as teach-ins in Saskatchewan to protest parliamentary bills that would erode Indigenous sovereignty and environmental protections has changed the social and political landscape of Canada.

These young environmental champions share a commitment to their communities and to the world. They know that young people have the power to rally others to create positive change. And when people gather around a common cause, magic happens.

Although many young leaders aren’t yet old enough to vote, they’ll be left to clean up messes from decisions made today. We owe it to them to think more carefully about the world we want to leave to their generation.

National non-profit The Starfish Canada, co-founded by David Suzuki Foundation public engagement specialist Kyle Empringham, celebrates young people with its Top 25 Environmentalists Under 25 program. Every year, 25 youth are recognized for their efforts to create environmental change. The group recognized is diverse, from community gardeners and outdoor recreationists to scientists and advocates. Thanks to them, the program continues to showcase positive change across the country.

If you know a young leader who deserves national recognition, nominate him or her for The Starfish Canada’s Top 25 Environmentalists Under 25. It could help inspire others to change the world.