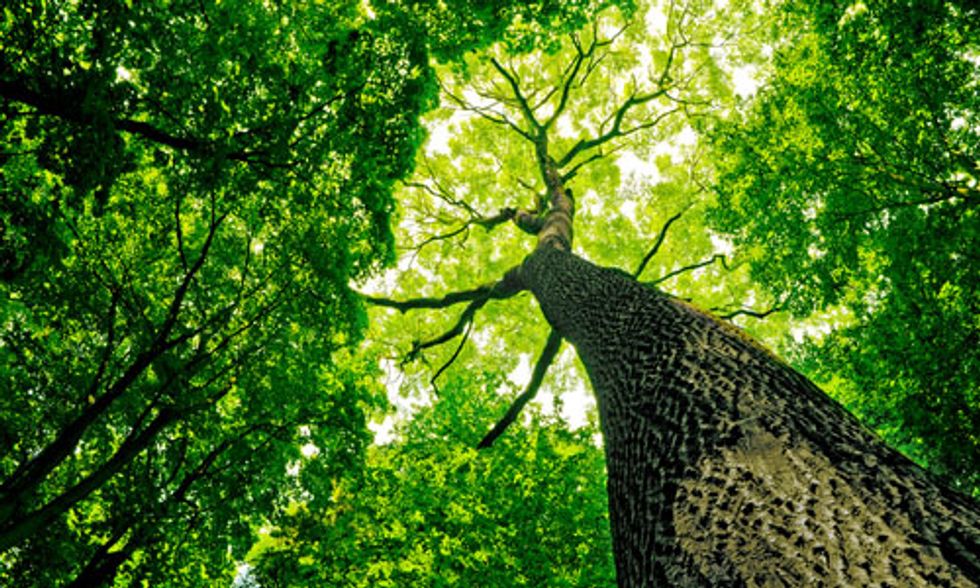 When we elect people to office, we give them power to make and enact decisions on our behalf. They should have a vision that extends beyond the next election and the latest Dow Jones average—to our children and grandchildren.

We expect our leaders to have a clear picture of our world and the conditions necessary for human life and well-being. If they don’t, how can they make informed decisions? So let me outline some simple, scientifically validated truths about us and the world we live in—truths that should guide our political decisions.

All the energy in our bodies that we use to move, grow and reproduce is sunlight captured by plants in photosynthesis and converted to chemical energy, which we ingest.
Photo credit: Shutterstock

We are, above all else, biological beings, with an absolute need for clean air from the moment of birth to the last death rattle. We take air deep into our lungs and filter whatever’s in it. Plants on land and in the ocean take in the greenhouse gas carbon dioxide and release oxygen during photosynthesis, creating the atmosphere we depend on.

We are about 60 percent water by weight, so we need clean water to be healthy. When water falls to Earth, it’s filtered through tree and other plant roots, soil fungi and bacteria, cleansing it so it’s safe to drink.

All the energy in our bodies that we use to move, grow and reproduce is sunlight captured by plants in photosynthesis and converted to chemical energy, which we ingest. We eat plants and animals for our nourishment, so whatever they’re exposed to ends up in our bodies. We need clean soil to give us clean food.

These are basic, biological facts and should be the prism through which any decision is made at individual, corporate or government levels. Protection of air, water, soil and the web of life should be the highest social, political and economic priority.

We’re also social animals. Scientists have shown that love during childhood is essential for healthy development. Children who are deprived of love at critical points can develop a variety of physical and psychological deficits. To avoid those, we have to work for strong families and supportive communities, full employment, justice, greater income and gender equity and freedom from terror, genocide and war.

Finally, we are spiritual creatures who require sacred places, a sense of belonging to the world and a recognition that we are not in charge of nature, but dependent on the biosphere for our health and well-being. We are not outside of nature; we are part of it.

To be fully healthy and human, our most elemental needs are biological, social and spiritual. Politicians ought to know this. Their role is to protect and enhance those necessities of life; otherwise there is no vision, direction or leadership.

That’s why it’s absurd for a politician or government representative to speak about any aspect of the economy without acknowledging the threat of human-induced climate change. Many oppose doing anything on ideological grounds, but the science is overwhelming and compelling, and the need for action is clear. What can you say about “leaders” who choose to ignore the best available evidence to the detriment of the people they are elected to represent?

Surely those who act only for short-term economic gain, imposing destructive consequences on generations to come, must be held responsible. We must also consider the consequences of rapid and excessive exploitation of fossil fuels on the world’s poorest people, who have done little to create climate change but are most affected by it.

Even though Canada ratified the legally binding Kyoto Protocol, which spelled out our obligations to reduce the risk of climate change, many of our “leaders” have wilfully ignored scientific evidence and urgent calls to meet the protocol’s targets, and Canada eventually abandoned the agreement. What should we call that?

And what can we say about “leaders” who can see something is wrong and have the means to respond but choose not to? This is what Canada is doing—in the face of overwhelming evidence and pleading of other industrialized nations.

Our elected representatives deserve respect for their commitment. But the elevated status and power of politicians also carries responsibilities. Many are abrogating those responsibilities for ideological reasons that have nothing to do with our well-being.