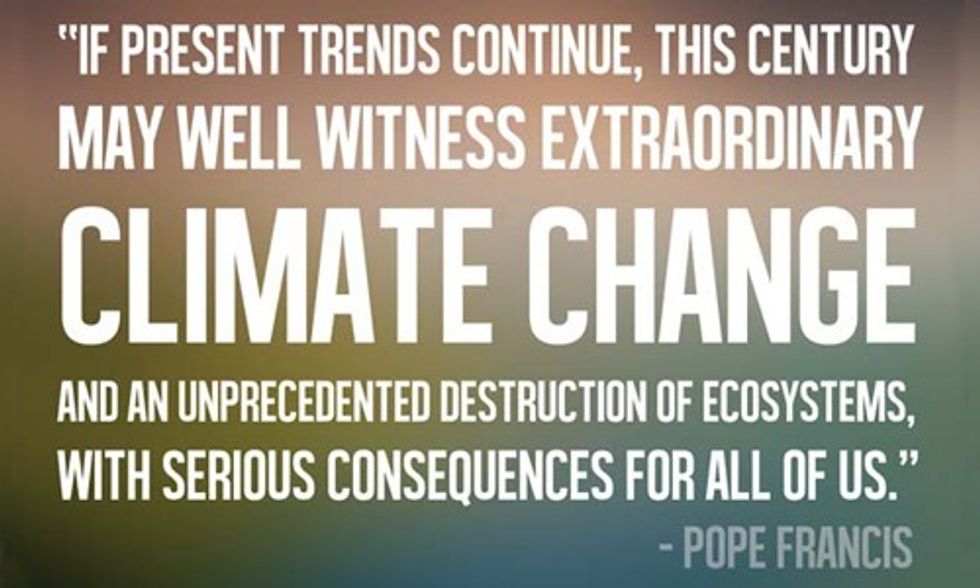 Earth has existed for 4.5 billion years, humans for somewhere around 150,000. But in my brief lifetime—less than 80 years—human populations have exploded exponentially, from two billion to more than seven billion. In that short time, we’ve created consumer societies and decimated the planet’s natural systems, used up resources, filled oceans with plastic and pollution, altered water cycles and upset the Earth’s carbon cycle, disrupting global climate systems.

Our impacts on this small blue planet have been so rapid, widespread and profound that many scientists call this the Anthropocene Epoch. Much of it has coincided with the discovery and exploitation of fossil fuels, which showed great promise when I was a child. They were abundant and we didn’t understand the consequences of recklessly burning them. Cars were designed to use lots of gas and propel oil industry profits, not to conserve energy. Factories were built to create products and increase distribution efficiencies.

No longer confined to growing food and providing agricultural services, people moved to cities and, freed from the constraints of limited access to resources, grew rapidly in number, dramatically increasing consumption.

Because our technological prowess has grown faster than our knowledge, wisdom and foresight, much of what we’ve created is now crashing down around us—battered by pollution, ecosystem collapse, species extinction, resource scarcity, inequality, climate change and overpopulation.

Pope Francis recently put humanity’s situation in context—and offered hope for the future. Regardless of how you feel about religion or the Catholic Church, or even some ideas in the Pope’s encyclical, there’s no denying it contains a powerful, scientifically and morally valid call for radical change that will reach an audience far beyond the world’s 1.2 billion Roman Catholics.

In his June 18 address, the Pope called on the world—not just Catholics—to recognize the need for change in the face of ecological crises such as human-caused global warming and the failure of growth-fueled market economics to facilitate human survival, happiness and prosperity. “Never have we so hurt and mistreated our common home as we have in the last two hundred years,” he said.

In his wide-ranging address, Pope Francis spoke about pollution, climate change, water, biodiversity, inequality, poverty, economics, consumerism and spirituality. “The pace of consumption, waste and environmental change has so stretched the planet’s capacity that our contemporary lifestyle, unsustainable as it is, can only precipitate catastrophes, such as those which even now periodically occur in different areas of the world,” he said. “The effects of the present imbalance can only be reduced by our decisive action, here and now.”

He also called out those stalling or preventing action to confront environmental problems, especially global warming: “Obstructionist attitudes, even on the part of believers, can range from denial of the problem to indifference, nonchalant resignation or blind confidence in technical solutions.”

Connecting the dots between environmental degradation and inequality, he urged people to “integrate questions of justice in debates on the environment, so as to hear both the cry of the Earth and the cry of the poor.”

Although parts of the address are bleak, the Pope argued that open conversation and changes in thinking, acting and governing could bring about positive change, even for the economy: “Productive diversification offers the fullest possibilities to human ingenuity to create and innovate, while at the same time protecting the environment and creating more sources of employment.”

And, he noted, “Human beings, while capable of the worst, are also capable of rising above themselves, choosing again what is good, and making a new start, despite their mental and social conditioning.”

The Pope joins a diverse global chorus of people calling for changes in our destructive lifestyle to confront crises such as climate change and the ever-growing gap between poor and rich.

These expanding and increasingly urgent calls to confront our hubris for the sake of humanity’s future represent a necessary shift in a way of thinking that has propelled us along what is, after all, just a recent and brief destructive course in our history. As Pope Francis said, “We must regain the conviction that we need one another, that we have a shared responsibility for others and the world, and that being good and decent are worth it.”