David Suzuki, Pope Francis and Dalai Lama All Agree: It's Time to #ActOnClimate 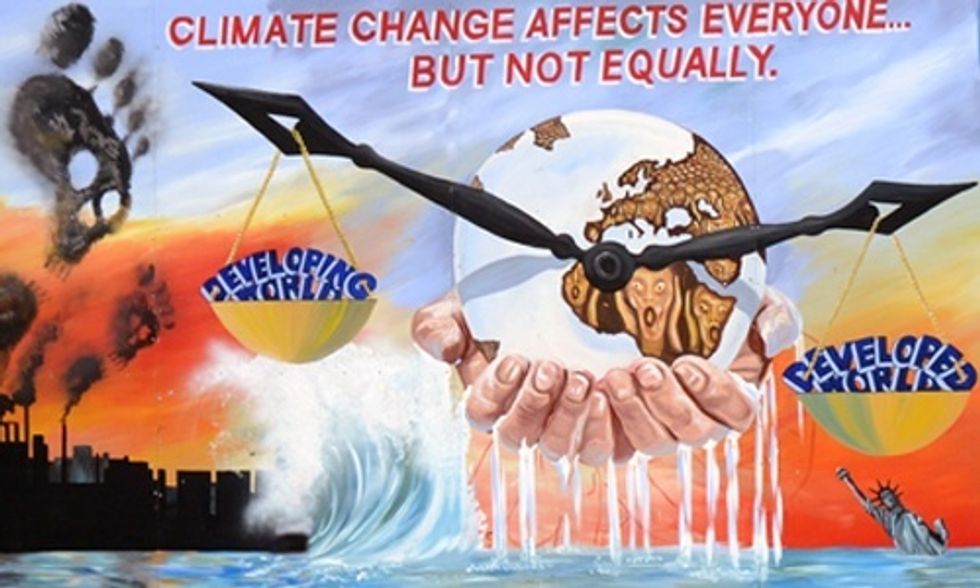 If nothing else, the G7 countries’ recent agreement to end fossil fuel use for energy by 2100 signals a shift in the way we talk and think about global warming. Previous agreements were about reducing carbon emissions from burning coal, oil and gas. This takes matters a step further by envisioning a fossil fuel–free future.

The words of scientists, government leaders and other experts—and now Pope Francis and the Dalai Lama—make it clear that it’s time to turn the page on this destructive and relatively recent chapter in our history. Now we must ensure our leaders strengthen and act on their commitments.
Photo credit: Shutterstock

There are reasons for cynicism: the long time frame means none of the politicians involved in the commitment will even be alive, let alone held accountable, for meeting the target in 2100; Canada and Japan watered down Germany’s proposal to end fossil fuel energy by 2050; and many governments, including Canada’s, haven’t met even their current weak commitments. But in calling for deep emissions cuts by 2050 and an end to fossil fuel energy by 2100—“decarbonization”—the non-binding pledge at least shows governments recognize the need to confront climate change.

Canada could show it takes the commitment seriously by heeding the advice of 100 scientists (including 12 Royal Society of Canada fellows, 22 U.S. National Academy of Sciences members, five Order of Canada recipients and a Nobel Prize winner, from a range of disciplines) who released a statement with 10 reasons why “No new oil sands or related infrastructure projects should proceed unless consistent with an implemented plan to rapidly reduce carbon pollution, safeguard biodiversity, protect human health and respect treaty rights.”

Another author, Northern Arizona University ecologist Tom Sisk, said it’s not just about climate: “Oil sands development is industrializing and degrading some of the wildest regions of the planet, contaminating its rivers, and transforming a landscape that stores huge amounts of carbon into one that releases it.”

The reasons for a moratorium include: oil sands expansion and investment are incompatible with climate protection and are slowing the shift to clean energy; monitoring and enforcement are inadequate; landscape is being contaminated and reclamation is insufficient; First Nations treaties are being violated; affordable alternatives are available; cumulative impacts have been ignored; and Canadians are demanding solutions.

Of course, it will take more than a non-binding pledge and slowing or halting oil sands expansion to avert the worst consequences of climate change. In an article in the journal Nature last year, eight scientists who signed the moratorium statement, including Jaccard, argued Canada and the U.S. must stop treating “oil-sands production, transportation, climate and environmental policies as separate issues, assessing each new proposal in isolation. A more coherent approach, one that evaluates all oil-sands projects in the context of broader, integrated energy and climate strategies, is sorely needed.”

As part of a co-ordinated strategy, they proposed putting a price on carbon, through a carbon tax or cap-and-trade, to “ensure that the full social costs of carbon combustion are incorporated into investment decisions about energy and infrastructure.” Carbon pricing is widely accepted as an effective way to discourage fossil fuel use and encourage clean energy development.

In future, people will look back and question why we burned such precious resources so wastefully. Fossil fuels are solar energy, concentrated over millennia and useful for numerous applications, many of which we probably haven’t even discovered. Yet we’ve burned them largely so people, often solo drivers, can move around in tonnes of metal and plastic on land-destroying and expensive infrastructure. And we’ve used them to create increasing amounts of plastic packaging and unnecessary products that are now choking our oceans and land.

Moving toward zero carbon emissions—in a much shorter timeline than agreed upon by Canada, France, Germany, Italy, Japan, the United Kingdom and the U.S.—is absolutely necessary, and not just for the climate. Eliminating fossil fuel energy will cut dangerous pollution, create new economic opportunities and ensure resources are available for wiser applications.

The words of scientists, government leaders and other experts—and now Pope Francis and the Dalai Lama—make it clear that it’s time to turn the page on this destructive and relatively recent chapter in our history. Now we must ensure our leaders strengthen and act on their commitments.