David Suzuki: 'People Have the Power to Bring About Change' 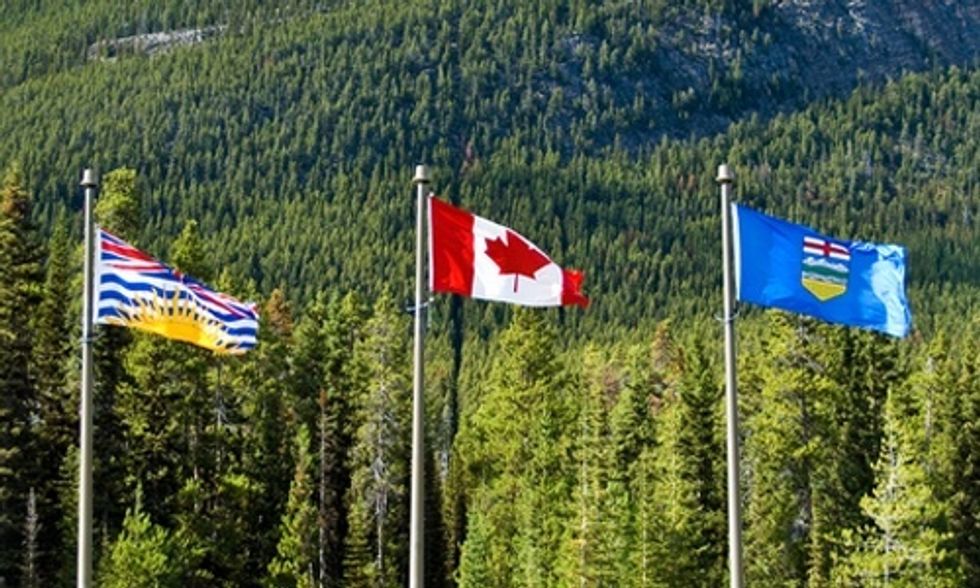 Recent events in Canada have shown not only that change is possible, but that people won’t stand for having corporate interests put before their own.

When plummeting oil prices late last year threw Alberta into financial crisis, people rightly asked, “Where’s the money?” They could see that an oil producer like Norway was able to weather the price drop thanks to forward planning, higher costs to industry to exploit resources and an oil fund worth close to $1 trillion! Leading up to the election, the government that ran Alberta for 44 years refused to consider raising industry taxes or reviewing royalty rates, instead offering a budget with new taxes, fees and levies for citizens, along with service cuts.

The Continental Divide at the border of Alberta and British Columbia in Canada.
Photo credit: Shutterstock

The people of Alberta then did what was once thought impossible: they gave the NDP a strong majority. Almost half the NDP members elected were women, giving Alberta the highest percentage of women ever in a Canadian provincial or federal government.

On the other side of the country, voters in Prince Edward Island followed B.C. provincially and Canada federally and elected their first Green Party member, as well as Canada’s second openly gay premier. Remember, homosexuality was illegal in Canada until 1969!

In my home province, after a long struggle by elders and families of the Tahltan Klabona Keepers, the B.C. government bought 61 coal licenses from Fortune Minerals and Posco Canada in the Klappan and Sacred Headwaters, putting a halt to controversial development in an ecologically and culturally significant area that is home to the Tahltan people and forms the headwaters of the Skeena, Stikine and Nass rivers. The Tahltan and the province have agreed to work on a long-term management plan for the area.

On the same night as Alberta’s election, people of the Lax Kw'alaams band of the Tsimshian First Nation met to consider an offer by Malaysian state-owned energy company Petronas of $1 billion over 40 years to build a liquefied natural gas export terminal on Lelu Island near Prince Rupert, at the other end of the Skeena River, an estuary that provides crucial habitat for salmon and other life. The 181 people attending unanimously opposed the offer. Two nights later in Prince Rupert, band members also stood unanimously against the proposal.

A final vote was scheduled after this column’s deadline, but the message is clear: integrity, the environment and human health are more important than money. Gerald Amos, a Haisla First Nation member and community relations director for the Headwaters Initiative, said the federal Prince Rupert Port Authority’s decision to locate the facility on Lelu Island also demonstrated a failure to properly consult with First Nations. “By the time they get around to consulting with us, the boat’s already built and they just want to know what color to paint it,” he said.

On a broader scale, change is occurring around the serious threat of climate change. Even well-known deniers, including U.S. oil billionaire Charles Koch, now admit climate change is real and caused in part by CO2 emissions. But they argue it isn’t and won’t be dangerous, so we shouldn’t worry. Most people are smart enough to see through their constantly changing, anti-science, pro-fossil-fuel propaganda, though, and are demanding government and industry action.

We’re also seeing significant changes in the corporate sector. The movement to divest from fossil fuels is growing quickly, and businesses are increasingly integrating positive environmental performance into their operations. Funds that have divested from fossil fuels have outperformed those that haven’t, a trend expected to continue.

We can’t expect miracles from Alberta’s new government, which has its work cut out. After all, it would be difficult to govern Alberta from an anti-oil position, and the fossil fuel industry is known for working to get its way. Although NDP leader Rachel Notley has spoken against the Northern Gateway pipeline proposal, she isn’t opposed to all pipeline and oilsands development, and she’s called for refinery construction in Alberta. But she’s promised to phase out coal-fired power, increase transit investment, implement energy efficiency and renewable energy strategies, and bring in stronger environmental standards, monitoring and enforcement.

I’ve often said things are impossible only until they aren’t anymore. The past few weeks show how people have the power to bring about change.