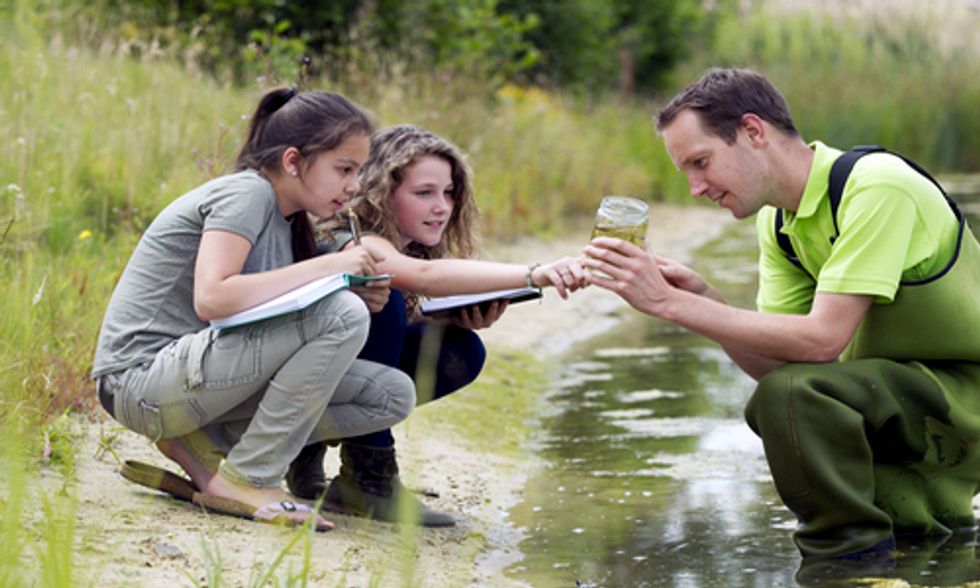 Our ancestors may not have called themselves “citizen scientists” or organized to collect data for scientific inquiry, but they were keen observers of the natural world. Their survival often depended on being able to tease apart nature’s complexity—where to find game and when to sow seeds, collect berries and prepare for winter or bad weather.

But our modern, technology-obsessed lives increasingly divorce us from nature, with consequences for our health and well-being. Numerous studies now remind us of what we know intuitively: Spending time in nature makes us feel better—helping with depression, attention deficit disorder, recall and memory, problem-solving and creativity. People who spend more time outside are also physically healthier.

Enter citizen science—using the same technologies that separate us from nature to help us understand and enjoy it. Smartphones, the Internet and accessible research technologies deinstitutionalize science and get the inner scientist in all of us outside to contribute to a broader understanding of a variety of topics, from backyard birds to flower-blooming times.

Citizens now have many opportunities to partake in a wide range of scientific discovery.
Photo credit: Shutterstock

Science relies on observation. As more people examine natural phenomena and record and share information, we gain better understanding of the world. An increasing number of scientific inquiries now depend on contributions from ordinary people to help them answer important questions.

The National Audubon Society has been enlisting volunteers to monitor birds during its annual Christmas bird count for more than 100 years, but it’s not the oldest citizen science program. It was predated by a couple started in the 1880s: a survey asking lighthouse keepers to identify and count birds that struck their lighthouses and another that looked at bird migration.

Citizens now have many opportunities to partake in a wide range of scientific discovery.

Take roadkill. The Humane Society estimates that more than a million animals are killed every year on U.S. highways. Collisions with large animals are tragic for all involved and cost insurance companies millions of dollars a year. The insurance industry is working on an innovative partnership with the University of California’s Roadkill Observation System to enlist citizens in efforts to identify and protect wildlife corridors in particular hot spots, saving both human and wildlife.

The David Suzuki Foundation started engaging citizens in research following the 2011 meltdown of Japan’s Fukushima nuclear reactor, partnering with various organizations and universities, including the Woods Hole Oceanographic Institution, to set up a volunteer network to sample seawater from sites along British Columbia’s Pacific coast. This will help scientists understand the ongoing spread of radiation across the Pacific and its evolving impacts on the ocean. Volunteers from 14 communities are collecting seawater samples over three years. The radioactive plume has not yet reached North America, but we’ll know when it does, thanks to ordinary people providing extraordinary coverage across the region.

This winter, you can volunteer for the organization’s IceWatch and contribute to the scientific understanding of global warming. By analyzing citizen records, scientists have found that the freeze-thaw cycles of northern water bodies are changing. However, since climate change is not consistent across the country and large gaps exist in the current monitoring network, scientists require critical data from many more regions.

By recording yearly ice events—the freeze and thaw dates of lakes and rivers—you’ll help monitor the effects of climate change on Canadian ecosystems. You can also join RinkWatch, an initiative by geographers at Wilfrid Laurier University asking citizens to track skateable days on local outdoor rinks.

Canada has hundreds of citizen science programs. Although never a substitute for or rationale to cut science spending, these programs amplify and fill gaps in government- and university-led science. There’s something for every individual, every interest and every region of the country.

We all have mighty powers of observation. Citizen science is a way to encourage us all to get outside, hone our senses, and undertake meaningful activity to monitor and maintain our environment, improve scientific literacy and, best of all, be happier and healthier.