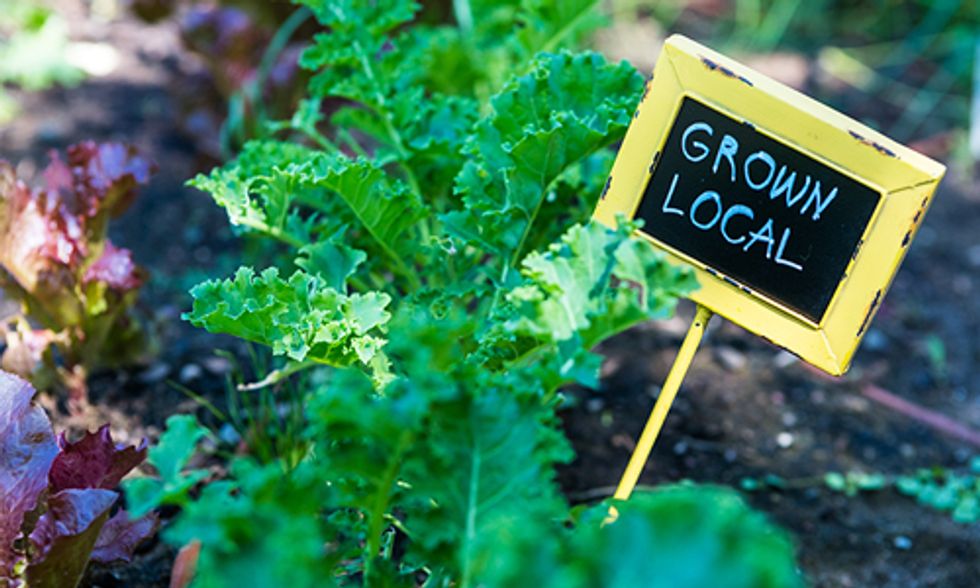 Calculating farming's contribution to greenhouse gas emissions is difficult, but experts agree that feeding the world's people has tremendous climate and environmental impacts. Estimates of global emissions from farms range widely. The U.S. Environmental Protection Agency puts them at 24 percent, including deforestation, making agriculture the second-largest emitter after heat and electricity.

Some suggest finding better ways to feed as many as nine billion people by 2050 means rethinking our agricultural systems.

Agriculture contributes to global warming in a number of ways. Methane and nitrous oxide, which are more potent than CO2 but remain in the atmosphere for shorter times, make up about 65 percent of agricultural emissions. Methane comes mainly from cattle and nitrous oxide from fertilizers and wastes.

According to the World Resources Institute, “Smaller sources include manure management, rice cultivation, field burning of crop residues and fuel use on farms." Net emissions are also created when forests and wetlands are cleared for farming, as these “carbon sinks" usually absorb and store more carbon than the farms that replace them. Transporting and processing agricultural products also contribute to global warming.

We need to eat. So what's the answer? That obesity is epidemic in parts of the world while people starve elsewhere and that an estimated one-third of food gets wasted, shows improving distribution and reducing waste are good places to start—but won't be enough to significantly curtail agriculture's contribution to climate change.

Reducing meat and animal-product consumption and production—especially beef—would cut emissions, but wouldn't get us all the way.

Some suggest finding better ways to feed as many as nine billion people by 2050 means rethinking our agricultural systems. Industrial agriculture has made it possible to produce large amounts of food efficiently, but comes with problems, including pollution, reduced biodiversity, pesticide resistance and consequent increased chemical use, destruction of forests and wetlands and human health issues such as antibiotic resistance. Soil loss and degradation, increased drought and flooding and changing growing patterns caused by climate change add to the complexity.

Some say the best fix is genetic modification—to produce more nutritious plants that can withstand pests and a changing climate. Others note that when humans try to improve on or override nature, the outcome is often not what was expected. And a U.S. National Academies of Science report concludes, “GMO crops have not, to date, increased actual yields." Failing to recognize that everything in nature is interconnected has led to numerous unintended consequences, from DDT causing bird deaths and toxic buildup in the food chain to widespread antibiotic use facilitating the evolution of “superbugs."

The growing field of agroecology—working with nature—is one solution. Many researchers argue it's more efficient, less environmentally damaging and more equitable for farmers and local communities than industrial methods and GMOs.

The goal, writes University of California-Berkeley agroecology Prof. Miguel Altieri, “is to design an agroecosystem that mimics the structure and function of local natural ecosystems; that is, a system with high species diversity and a biologically active soil, one that promotes natural pest control, nutrient recycling and high soil cover to prevent resource losses."

A study by the Rodale Institute, a research organization devoted to organic farming, concluded global adoption of agroecological practices such as “cover crops, compost, crop rotation and reduced tillage" could “sequester more carbon than is currently emitted."

About 40 percent of Earth's land surface is used for agriculture, entailing massive geophysical alteration, so working with nature as much as possible to maintain or restore balance to natural systems makes sense. Agroecology appears to be a better way to feed humanity than doubling down on industrial agricultural, from many angles: reducing pollution and chemical use, enhancing rather than degrading soils, increasing biodiversity, protecting water, growing healthier food and creating more equitable food systems.

In This Changes Everything, Naomi Klein quotes former UN Rapporteur on the Right to Food Olivier De Schutter: “Today's scientific evidence demonstrates that agroecological methods outperform the use of chemical fertilizers in boosting food production where the hungry live—especially in unfavourable environments." He further notes, “agroecological projects have shown an average crop yield increase of 80 percent in 57 developing countries, with an average increase of 116 percent for all African projects."

We are part of nature, so harming it hurts us. The planet provides resources to feed us. We must learn to use them sustainably.

David Suzuki is a scientist, broadcaster, author and co-founder of the David Suzuki Foundation.