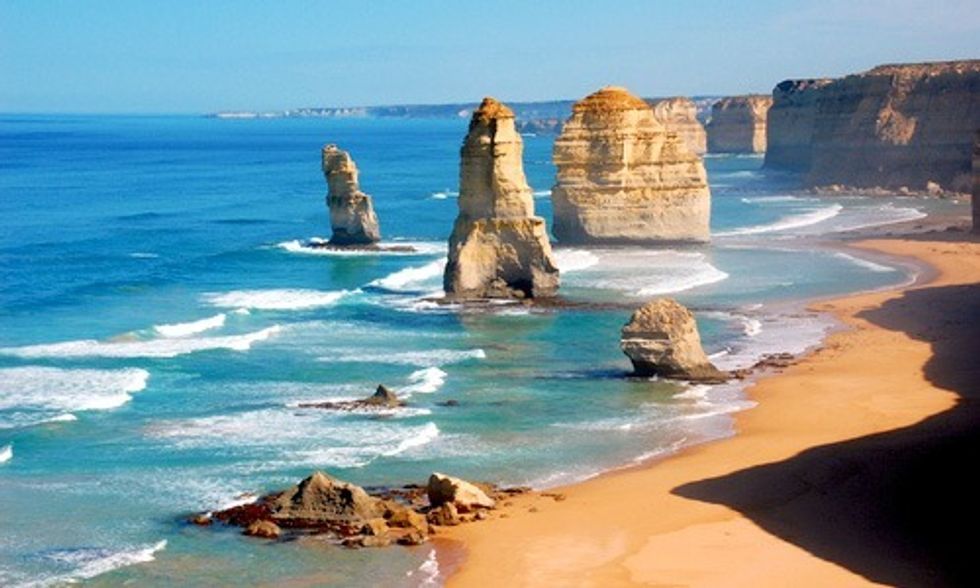 June 8 is World Oceans Day. In Canada, it’s a time to celebrate the rich marine life in three great oceans off the longest coastline of any nation—trillions of plankton, billions of fish, millions of seabirds, thousands of whales and myriad other creatures great and small. Yet, we have little to celebrate when it comes to looking after this natural legacy. Although the federal government has committed to protect 10 percent of our oceans by 2020, it has so far protected just one percent.

Oceans produce half the oxygen we breathe and absorb a third of carbon dioxide emissions.
Photo credit: Shutterstock

Canada passed the Oceans Act 18 years ago, with a promise to safeguard our oceans and coastal ecosystems. It took another eight years to prioritize five large ocean management areas: the Beaufort Sea, the Gulf of St. Lawrence, the North Pacific Coast, the Eastern Scotian Shelf and Placentia Bay/Grand Banks. The process has languished and we’re now 10 years behind schedule and contending with escalating demands for ocean uses, impacts from climate change and emerging issues such as ocean acidification and plastics pollution.

Marine planning, conservation and protection have never been more important. Energy development, shipping, fishing, conservation and ecotourism are bumping up against each other with no clear direction. This lack of coordination is like allowing a city to grow without zoning or planning, with schools built next to highways and industrial areas, residential neighborhoods developed with no green spaces and first responders unable to get to those in need.

In the absence of federal leadership on marine planning and conservation, other levels of government have stepped in to take the lead—just as they have with climate change commitments.

On B.C.’s Pacific North Coast, marine planning has moved ahead without the federal government, which dropped out of the planning process in 2011. Even without national representation, the results are encouraging. Eighteen coastal First Nations and the province of B.C. have come up with their own plans for coastal ecosystems.

Communities in this region have been defined by their relationship to the marine environment. With competing claims for ocean use and proposals to dramatically increase shipping traffic for oil and gas exports to Asia, these marine plans chart a course through challenging waters. Good public consultation and planning can help avoid expensive and disruptive conflicts that arise with so many interests competing for marine resources. These plans also provide meaningful engagement for industry and government with First Nations, a requirement highlighted in the Tsilhqot’in First Nations Supreme Court decision last June.

This World Oceans Day, let’s honor our coastal waters and all the creatures that depend on them—including ourselves.
Photo credit: Shutterstock

B.C.’s coastal communities are leading the way in our country’s ocean planning. I’m happy to honor my relationship with 12 of those communities by embarking on a tour in June to talk about the many issues coastal communities are facing, including climate change. We can see its effects along the coast: shellfish die-offs, low snow packs affecting salmon runs, rising sea levels and altered growing seasons. These communities depend on healthy oceans for their cultural, social and economic needs and are searching for solutions. Ian Mauro, an award-winning community-based researcher and filmmaker who has also documented climate change in Atlantic Canada and from an Inuit perspective, is joining the tour with a new film that features climate change’s impact on West Coast communities.

Oceans produce half the oxygen we breathe and absorb a third of carbon dioxide emissions. If that weren’t reason enough to protect them, there’s also a strong business case. According to a WWF report, oceans provide an annual economic value of at least $24 trillion. In Canada’s Great Bear Sea, ecosystem services are estimated to provide $101 billion in annual benefits to local communities. Tourists pay to experience a clean, healthy ocean with an abundance of life, and marine recreation is projected to be among the fastest-growing sectors in B.C.’s economy for the next 20 years.

Marine wildlife and resources are rapidly declining around the world, and our oceans are changing faster than ever, endangering this economic engine and the security and livelihoods it supports. But our oceans are bigger and longer-lasting than any economic system. Canadians love their oceans and want their abundantly rich ecosystems to get the care they deserve. This World Oceans Day, let’s honor our coastal waters and all the creatures that depend on them—including ourselves.