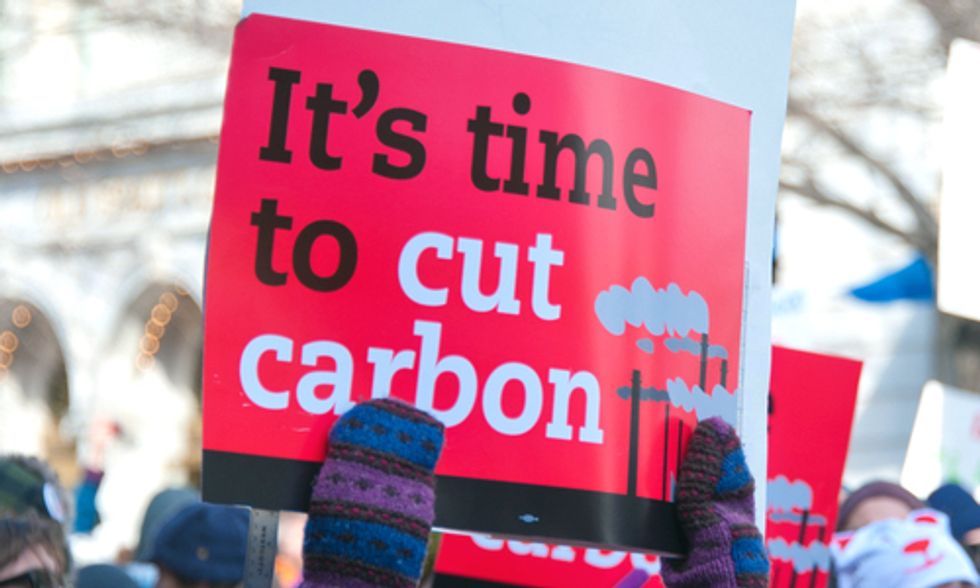 Abundant, cheap fossil fuels have driven explosive technological, industrial and economic expansion for more than a century. The pervasive infrastructure developed to accommodate this growth makes it difficult to contemplate rapidly shifting away from coal, oil and gas, which creates a psychological barrier to rational discourse on energy issues.

The ecological and true economic costs of energy use force us to scrutinize our way of living. And because our infrastructure doesn’t allow us to entirely avoid fossil fuels, we must face the contradiction between how we should live and constraints against doing so.

If our leaders are serious about long-term health and prosperity, they need to stop focusing on short-term profits from rapid fossil fuel development and export and start engaging in serious conversations about our energy future.

Canada has no national energy plan, other than governmental desire to be a fossil-fuelled energy-export superpower. Given the consequences of human-induced climate change already hitting home, you’d think the highest priority of governments at all levels would be to decide on the lowest-emission energy path. But politicians focused on election intervals have difficulty dealing with generational issues.

Real, important conversations and decisions are instead delayed by diversionary and often irrational arguments and tactics: accusing critics of being hypocrites, claiming foreign money drives environmental agendas and labelling activists as eco-terrorists or enemies of Canada among them. In place of true progress, we get consolidated political power and greater corporate profit and control. Enough already!

Sustainability requires conservation and abundant energy employed with minimal ecological upset. Yet the inability to consider the need to shift quickly from fossil fuels means governments and industry look to mega-technologies like carbon capture and storage to justify inaction on reducing greenhouse gas emissions, while dismissing solar and wind as impractical, too expensive or unable to meet energy needs. Nuclear power may be an alternative to GHG-emitting fossil fuels, but it’s extremely expensive and would not be online were it not for enormous subsidies. Nuclear fuel is also finite, so costs will rise while the problem of radioactive-waste disposal remains unsolved.

As a northern country, Canada is especially vulnerable to climate change. Polar regions heat faster than temperate and tropical zones—Inuit have noticed the growing impacts for decades. With the longest marine coastline of any country, we’re also subject to sea-level rise. And our economy relies on climate-dependent activities such as agriculture, forestry, fisheries, tourism and winter sports, all of which are already feeling climate change impacts.

Where is the political leadership and will to confront climate change? We’re seeing some from individuals, grassroots organizations and municipalities. But what about our provinces? Just as the catastrophic loss of northern cod off Newfoundland warned against unsustainable practices, the destruction of $65 billion worth of B.C. trees by mountain pine beetles—once kept under control by winters with temperatures below -30 C for a week or more—should make the province take notice.

Where’s the leadership? Once lauded for policies such as the carbon tax and energy agreements with California, B.C.’s political leaders have now embraced liquefied natural gas, claiming industry expansion will create hundreds of thousands of jobs and add billions of dollars to provincial coffers—never mind that no one in power now will be held accountable for these promises because they’re several elections from being realized.

LNG should be labelled LFG: liquefied fracked gas. Hydraulic fracturing—fracking—requires pumping millions of liters of chemical-laced water deep underground to shatter shale and liberate embedded gas. It’s a short-term way to get energy with long-term ecological impacts on water and whatever organisms might be down there. (It was once thought life disappeared at bedrock, but we now know bacteria are found at least 10 kilometres down).

Fracked gas is mostly methane, a greenhouse gas more than 30 times as potent as carbon dioxide. Studies reveal leakage around fracking sites may be high enough to affect climate change more than coal! Calling it a “transition fuel” between coal or oil and renewables is nonsense. And fracking is known to cause seismic activity.

B.C. is also planning the Peace River Site C dam, yet a report by the Canadian Geothermal Energy Association claims geothermal could generate similar amounts of power at a much lower cost.

If our leaders are serious about long-term health and prosperity, they need to stop focusing on short-term profits from rapid fossil fuel development and export and start engaging in serious conversations about our energy future.