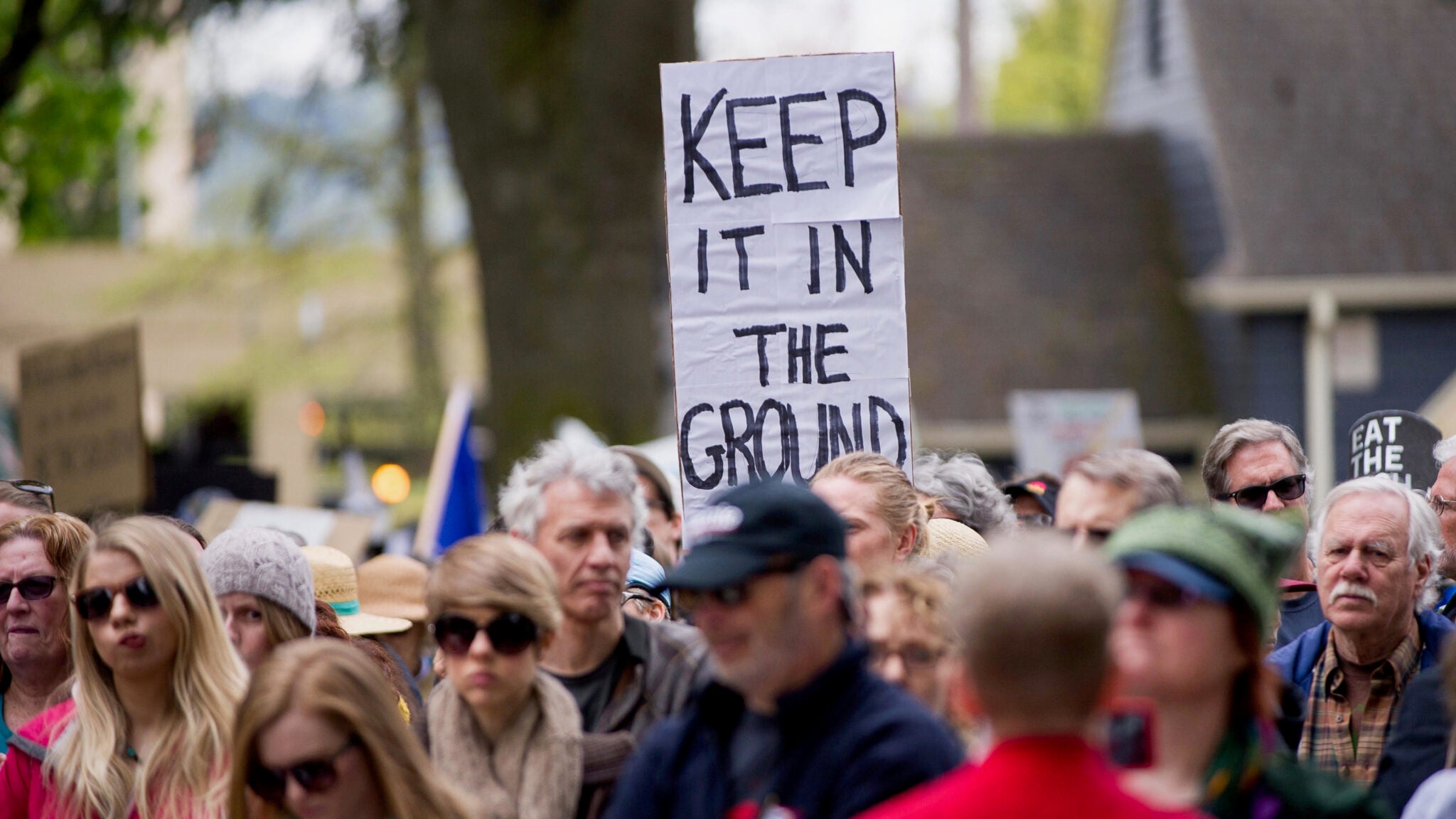 Opponents of a regional proposal to curb transportation sector emissions in the Northeast and Mid-Atlantic are using a number of deceptive tactics to attack and criticize the Transportation and Climate Initiative. Groups tied to the oil industry have pointed to misleading studies, deployed questionable public opinion polling and circulated an open letter in opposition.

In Virginia, a conservative think tank is now touting a biased analysis, dismissed by critics as misleading “scare tactics,” authored by anti-environmental attorney David Schnare, that questions Virginia’s legal authority to participate in the regional program.

The Transportation and Climate Initiative aims to reduce carbon emissions from on-road vehicles by up to 25 percent over 10 years through a cap-and-invest model, whereby fuel suppliers and distributors would purchase allowances allocated under the cap, and proceeds would be invested into clean transportation initiatives. The program is modeled after the Regional Greenhouse Gas Initiative for the power sector, which is expected to result in CO2 emission reductions of 45 percent below 2005 levels by this year. But critics of the TCI proposal, many of whom also opposed RGGI, claim that it will do little to cut emissions and is just a scheme to raise gas prices, equivalent to a gas tax.

According to a legal analysis on Virginia’s participation in the program, published by the Thomas Jefferson Institute for Public Policy, “TCI proposes rationing gasoline and diesel fuel sales and initiating a per gallon gas tax hike.” David Schnare, who wrote the analysis, claims that the program would impose not a fee but a tax and therefore requires authorization by the state legislature. Virginia’s governor, Schnare says, does not have unilateral authority to join TCI. Schnare also threatens to sue should Virginia attempt to join TCI without authorization by the legislature.

“We hope the Governor simply chooses to withdraw,” Schnare said. “But any effort to impose TCI unilaterally without the General Assembly will certainly be met with appropriate legal action.”

“Nothing in the TCI program would ration gasoline and motor fuels. TCI would simply put a limit on climate pollution,” said Mark Kresowik, eastern region deputy director of the Sierra Club’s Beyond Coal campaign, emphasizing that TCI is not a tax by any legal standard.

Schnare is currently the Director of the Center for Environmental Stewardship at the Thomas Jefferson Institute, and both he and TJI are part of a larger network linked with fossil fuel interests that work against climate and environmental protection policies.

The Thomas Jefferson Institute for Public Policy is a member of the State Policy Network, a Koch-backed web of right-wing think tanks promoting climate science denial and other policy positions that benefit corporate donors. The Jefferson Institute has received funding from Donors Capital Fund (4,450) and Donors Trust (,000), anonymous funding vehicles supporting a number of organizations that promote conservative and free enterprise interests. As DeSmog has noted, “the groups and projects given grants from DCF and DT are among the most active in questioning the link between fossil fuel emissions and climate change and blocking attempts to legislate against greenhouse gas emissions.” The Jefferson Institute is one such group, and was called out by name by Senate Democrats in 2016 in a series of speeches denouncing climate change denial from 32 organizations with links to fossil-fuel interests.

Schnare is a former EPA scientist and attorney and initially was a member of President Trump’s EPA transition team. He is affiliated with climate denial groups like the Heartland Institute, and was a speaker at the 2017 Heartland Institute “America First Energy Conference,” where he discussed how to challenge the EPA’s 2009 endangerment finding that serves as the basis for regulating greenhouse gas emissions.

Schnare has a history of harassing climate scientists by suing universities to get access to the scientists’ emails. In 2011, he unsuccessfully sued the University of Virginia to try to obtain Michael Mann’s emails. As DeSmog previously reported, Schnare was forced to pay out 0,000 from a dark money group he co-founded with Christopher Horner, the Free Market Environmental Law Clinic. The payout resulted from a heated legal dispute in which Schnare is alleged to have used FMELC as his personal piggy bank.

Given this background, it is not surprising that Schnare and the Thomas Jefferson Institute are railing against the proposed Transportation and Climate Initiative. TJI and Schnare have published several misleading analyses of the program claiming it is a “carbon car tax” and would be “all pain and no gain,” claims that are simply untrue. The latest legal analysis is a continuation of Schnare making these unfounded arguments. For example, Schnare’s claim that TCI “proposes rationing gasoline and diesel fuel sales” is blatantly false, as sources familiar with the program told DeSmog.

“This is a pollution reduction program,” said Bruce Ho, senior advocate in the climate and clean energy program at the Natural Resources Defense Council. “The type of policy [Schnare and TJI] are describing in their paper is not the policy that states are actually proposing.”

“The oil industry and its allies are going heavy on the scare tactics right now,” added Morgan Butler, senior attorney at the Southern Environmental Law Center. “TCI is not being designed to ration gas, but rather to help move us beyond it by investing revenues from the program in making cleaner and healthier transportation options more available to everyone.”

Schnare’s claim that Virginia’s governor cannot unilaterally join TCI is also not accurate. As Kresowik explained, the governor does have authority to sign on to an agreement or memorandum of understanding (MOU), and then the legislature would have to act to implement the program in the state.

“The governor can absolutely sign the memorandum of understanding and move forward with the other states,” Kresowik said.

“The hand waving in this paper that Virginia is doing something that’s not allowed is just wrong,” added Ho. “Neither Virginia nor any other TCI jurisdiction has proposed skirting those legal requirements. They’ve been very upfront that they are going to go through all of the legally required processes within states.”

Ho said that Schnare’s entire analysis is disingenuous, as it mischaracterizes what the TCI program is actually proposing. “It’s a clear case of fear-mongering, setting up a straw man argument that is just not reflective of reality,” he said.

Schnare’s case against TCI runs counter to even oil giant BP’s recent endorsement of the program. BP America Chairman and President Susain Dio, in a piece published last week in the Richmond Times-Dispatch, urged Virginia Governor Ralph Northam and the General Assembly to move forward with both TCI and RGGI. “While a national carbon pricing program would be the gold standard, state and regional plans can play a critical role now,” Dio writes. “And we can’t wait.” BP’s support of TCI falls inline with the company’s recent announcement that it will no longer lobby against policies that regulate or limit carbon pollution. Though the sincerity of BP’s statements are not yet clear, the company’s surprise public support of TCI indirectly rebuts and counters both pieces of Schnare’s flawed analysis.