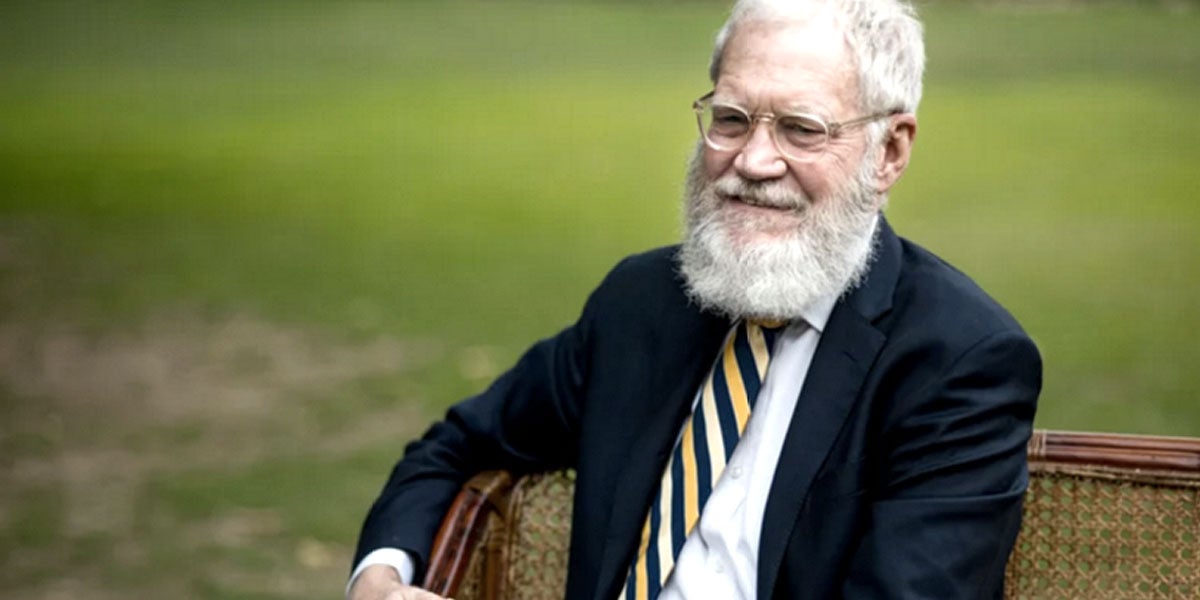 David Letterman is taking a break from retirement and is returning to TV to lend his voice to the important issues of climate change.

Letterman will lend his wry humor and interview skills to National Geographic Channel’s Emmy-winning climate change documentary-series Years of Living Dangerously Sunday, Oct. 30, at 8 p.m. ET. It will be his first work on television since he left The Late Show a year-and-a-half ago.

Here’s a clip from the episode:

The show’s producers, Joel Bach and David Gelber, told Rolling Stone they reached out to Letterman after noticing his particular interest in the environment during interviews with scientists on The Late Show.

“He seemed to perk up when this issue came across his lap,” Bach said. “We reached out to him to see if he’d want to be part of this, and he said, ‘Absolutely.’ He said [that climate change is] something he does think about a lot.”

While walking through a field of solar panels, Letterman announces in the promo video below:

“Think about the coal-fired, dangerous, smoke-belching generating plants, and then you look at this and it’s friendly. There’s something very appealing about this, and it’s smooth. Look at it: I can touch it and it’s safe. I put my head right there on it.”

In Letterman’s episode, Into the Light, he traveled to India to interview Prime Minister Narendra Modi about how that nation provides energy to its people.