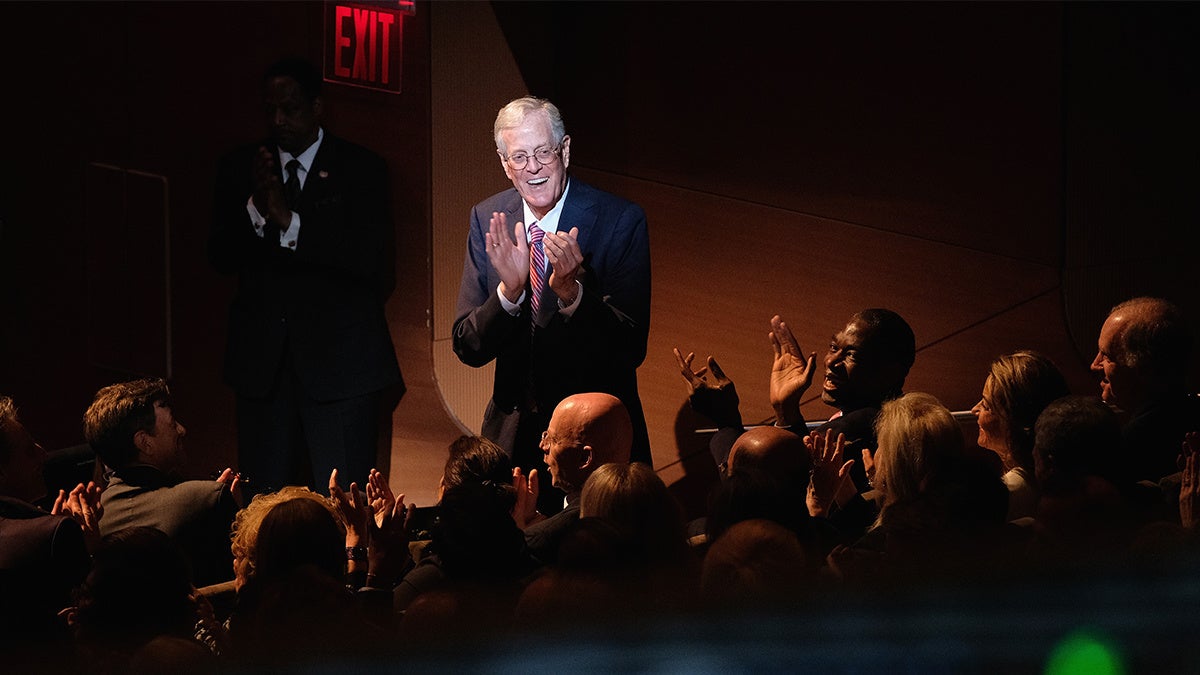 We will leave the mourning to his family and friends, and the condemning to those who were immediately impacted by his efforts — a massive group, considering the far-reaching impacts of climate change, which are already being felt across all continents and latitudes.

On KochvsClean, our focus is on the Koch network’s ongoing efforts to stall the spread of clean energy and the decarbonization of the global economy. And those efforts will be wholly unchanged by David Koch’s passing.

Though many reports, obituaries and commentaries on his death have portrayed David as an equal partner in the “Koch brothers” tandem, longtime Koch historians have noted that his brother Charles was the driving force in many of the Koch network’s activist and political efforts.

In an interview with The New Republic, journalist Christopher Leonard, author of the recently published book Kochland: The Secret History of Koch Industries and Corporate Power in America, put it this way:

David Koch’s tragic passing will have no impact whatsoever on the political strategies of the Koch network or the operation of the corporation. Charles Koch has always been the center of gravity for that, not David.

The machine will continue to go forward as it has, even without David Koch at the forefront.

Or, as Connor Gibson, of Greenpeace’s investigations team, put it:

But the reality is that David Koch’s passing will not change anything, politically speaking.
It has always been Charles Koch who was the driving force of the “Koch brothers” political network, and the ringleader of Koch Industries, the source of the fortunes that fuels his political activity.

The constellation of think tanks and front groups and citizen advocacy organizations — and the foundations and dark money groups that support them — will continue to do Charles Koch‘s bidding.

As has been reported by Jane Mayer of the New Yorker, David Koch had stepped back from leadership roles in the business and advocacy groups due to his declining health. In addition to his own foundation, David Koch had also served until recently on the boards of the Cato Institute, the Reason Foundation and the Americans for Prosperity Foundation. None of these organizations have seen any fundamental shift in mission or tactics since David Koch left.

Moreover, these are but a few tentacles of the “Kochtopus” that will continue to influence policy and pollute public discourse on climate change and energy policy.

“The Kochs have built kind of an assembly line to manufacture political change,” said Mayer, in a radio interview after the publication of Dark Money: The Hidden History of the Billionaires Behind the Rise of the Radical Right. “It includes think tanks, which produce papers. It includes advocacy groups, that advocate for policies. And it includes giving money to candidates.”

This “assembly line” reflects the real world implementation of an integrated strategy to influence public policy, one laid out more than two decades ago by Koch Industries insider Richard Fink in an essay titled, “Structure of Social Change.”

After David Koch’s passing, nothing has or will change about how the Koch network activates and implements this strategy. Here on KochvsClean, we will continue to investigate how Koch money is misleading the public on the clean energy transition, and how these Koch-funded and affiliated groups are influencing policy at the federal, state and even local level. David Koch’s death will not slow the Koch network’s influence machine.