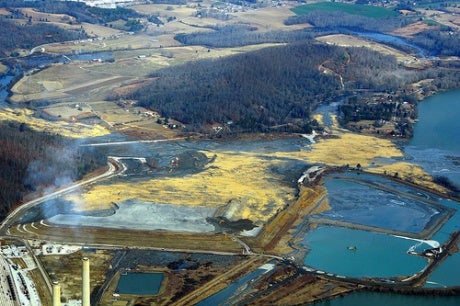 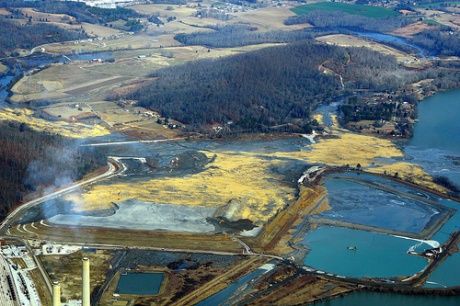 “Coal ash ponds are threatening hundreds of communities and their drinking water supplies, but the current approach in Congress is to ignore the problem and hope it goes away,” said Earthjustice attorney Lisa Evans.

The EPA is rating coal ash ponds according to a National Inventory of Dams (NID) criteria that categorizes the ponds by the damage that would occur if the pond collapses. Coal ash ponds are usually earthen structures holding back millions of tons of toxic coal ash and water. This month, the EPA recently released a new set of data that reveals 181 significant hazard dams in 18 states. This is more than three times the 60 significant-hazard ponds listed in the original database released in 2009. In addition to the increase in the number of significant hazard-rated ponds, eight of the previously unrated coal ash ponds were found to be high hazard ponds in information released by the EPA earlier this year. Because of the switch in ratings after the EPA inspections, the total number of high hazard ponds has stayed roughly the same at a total of 47 ponds nationwide.

Because coal ash ponds are not federally regulated and are largely unregulated by states, there is usually no requirement to classify the ponds, no matter how large they are. After the catastrophic collapse of the TVA Kingston Fossil Plant’s coal ash pond in December 2008, the EPA requested information from all coal ash pond owners through the issuance of an information request letter in March 2009. The Tennessee pond collapse released over a billion gallons of toxic sludge, which flooded 300 acres, destroyed and damaged dozens of homes, and left TVA with a cleanup cost of more than $1 billion.

The initial response to the EPA in 2009 from utilities owning coal ash ponds revealed that hundreds of coal ash ponds were not rated according to the NID criteria. Some of the ponds without ratings were even larger than the six-story pond that failed in Tennessee. Consequently, since 2009, the EPA has been requesting additional information from owners and conducting inspections of the largest of the nation’s 676 coal ash ponds.

According to the NID criteria, high hazard coal ash ponds are categorized as such because their failure will likely cause loss of human life. Significant hazard dams can cause economic loss, environment damage, disruption of lifeline facilities, or impact other concerns. Low hazard dams are those where failure or mis-operation results in no probable loss of human life and low economic and/or environmental losses that are principally limited to the owner’s property.

Eight of these 11 newly characterized high-hazard ponds (almost three quarters of those inspected) received a poor inspection rating from EPA after their discovery and inspection.

The sharp increase in coal ash ponds likely to cause significant damage if they should fail should give the Senate pause as they consider S.1751, a bill that will allow coal ash ponds to operate indefinitely without adequate safeguards. The bill does not require coal ash pond phase out, nor does it require ponds to comply with basic safety requirements established in 1978 by Mine Health and Safety Administration (MHSA) after the deadly collapse of the Buffalo Creek coal slurry impoundment, which killed over a hundred people in WV in 1972. The Senate bill does not even mandate the most basic engineering standard for pond safety—the maintenance and design of ponds for the maximum amount of toxic cargo they will hold. In fact the bill explicitly allows coal ash ponds to contain more toxic sludge than they were designed to contain.

“The current agenda in Congress is to attack public health protections on behalf of dirty industries with a long history of failing to clean up their mess,” Evans added. “For every day this House has been in session, there has been a vote to curtail EPA protections. That is absolutely unconscionable. Too many Americans live near toxic coal ash dumps and unless federal action is taken soon, another TVA disaster is just waiting to happen. We shouldn’t have to wait for more destruction or loss of life to act.”