Dasani Water Will Soon Be Sold in Aluminum Cans 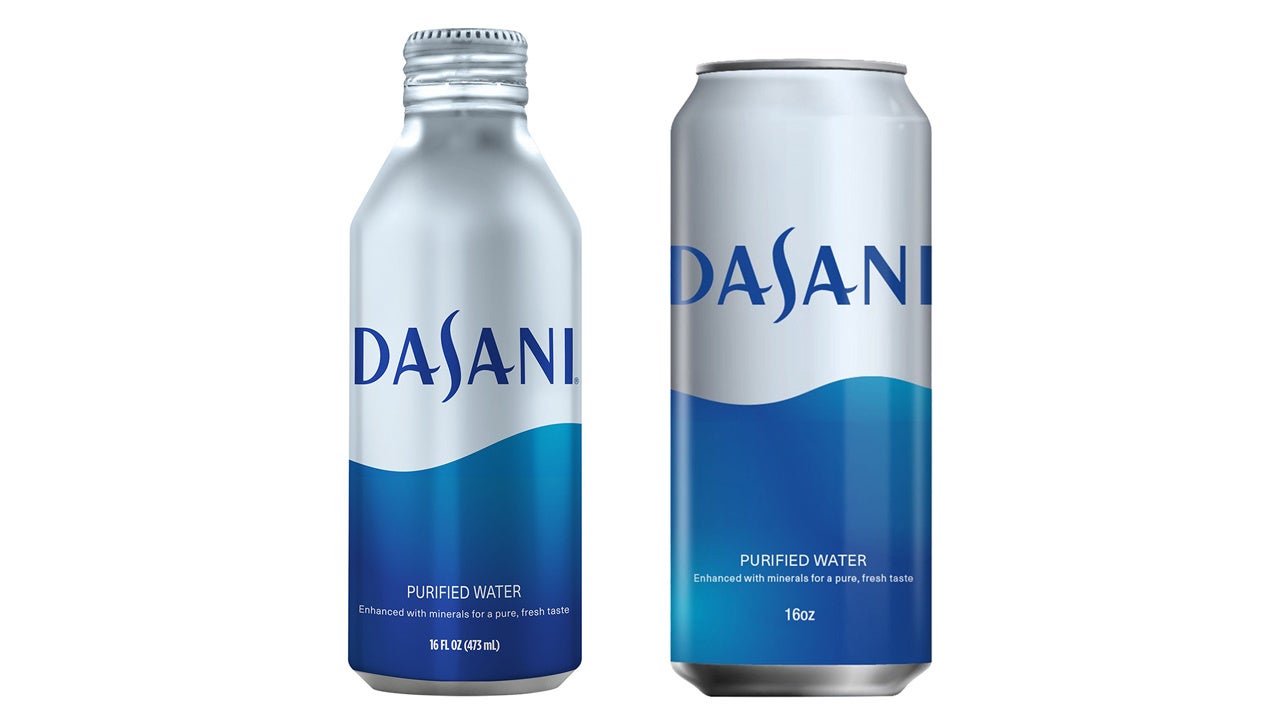 The beverage giant will start to sell Dasani water in aluminum cans next month in the Northeast and plans to expand distribution to other parts of the country by 2020, according to Bloomberg. Aluminum bottles will follow the aluminum cans. Worldwide, aluminum is exponentially more likely to be recycled and to be made from recycled material. Additionally, aluminum is far less likely to end up in oceans and rivers.

Coca-Cola’s packaging follows a move by its chief rival PepsiCo, which announced it would sell its water brand, Aquafina, in cans at restaurants and arenas. Dasani and Aquafina are the country’s top two water brands, in that order, with combined sales of more than billon per year, according to Bloomberg.

The change to Dasani’s packaging could help Coca-Cola eliminate 1 billion virgin plastic bottles, made with non-recycled plastic, from its supply chain over the next five years, according to CNN.

“We are a consumer company, and as consumers say, ‘Well, we’d like to try cans,’ we’re going to put cans in the market,” said Bruce Karas, vice president of environment and sustainability at Coca-Cola, as Fast Company reported.

Dasani will still be available in plastic bottles too, but, as part of Coca-Cola’s “World Without Waste” initiative, it will reduce the amount of plastic in those containers through a process called light-weighting. The company is also unveiling a new hybrid bottle made with up to 50 percent recycled plastic and renewable, plant-based materials, according to CNN.

Additionally, Coca-Cola will also test a new Dasani vending machine that requires customers to bring their own bottle if they want water or seltzer. The company will issue 100 machines, called PureFill, to test out if customers respond well to it and help Coke deal with its plastic waste problem.

“It’s actually an experiment in how comfortable are people with that type of delivery,” said Karas, as Fast Company reported.

Not using a package at all is the only low-impact solution, according to a recent report from Green Alliance, a non-profit based in the UK. The report noted that mining aluminum and transporting glass both have a very large carbon-footprint, which means alternatives to plastic are not actually sustainable, as Fast Company reported.

“Refill systems can and must replace single-use plastic water bottles,” said Dianna Cohen, cofounder and CEO of the Plastic Pollution Coalition, to Fast Company. “The time is now for all of us to think ‘reusable’ instead of ‘disposable.'”

The World Without Waste initiative is a response to a public shaming of Coca-Cola’s outsized use of plastic. It produced 3.3 millions tons of plastic in 2017. And, a recent report by Greenpeace called Coca-Cola “the most prolific polluter” compared to other top brands, as CNN reported.

Coca-Cola hopes its move to reduce plastic will reinvigorate interest in its water brand, which it fears will slip if would-be customers refill water bottles for free at a sink or fountain.

“We really think about the future of this brand differentiating on sustainability credentials,” said Lauren King, brand director for Dasani, who noted that Dasani is growing along with the bottled water trend, according to CNN.