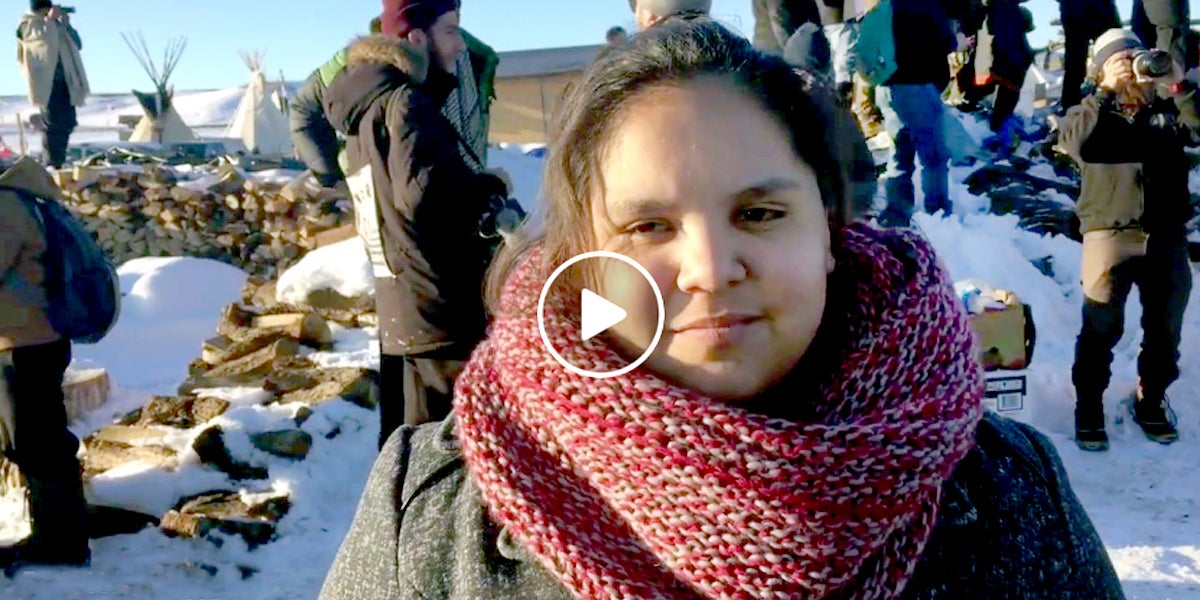 When the U.S. federal government announced that it would not be issuing the permit necessary for continuing construction of the Dakota Access Pipeline, the Standing Rock Sioux and their allies were overjoyed. Having protested the pipeline’s construction for months, the announcement marked a decisive victory in combating environmental racism, not just in America, but around the globe.

More than 200 Native Americans nations and their allies celebrated the unexpected turning point. Yet, at the center of it all is a 13-year-old water-warrior named Tokata Iron Eyes, who lives on the Standing Rock reservation.

“You helped start this movement, didn’t you?” Social activist and author Naomi Klein asked Iron Eyes on Dec. 4, to which the 13-year-old revealed the origin of the action against the Dakota Access Pipeline.

“This entire movement was brought up by the youth,” Tokata Iron Eyes told Klein. “It just started so small and then this entire camp was built … the easement for DAPL was denied … [I feel] like I got my future back.”