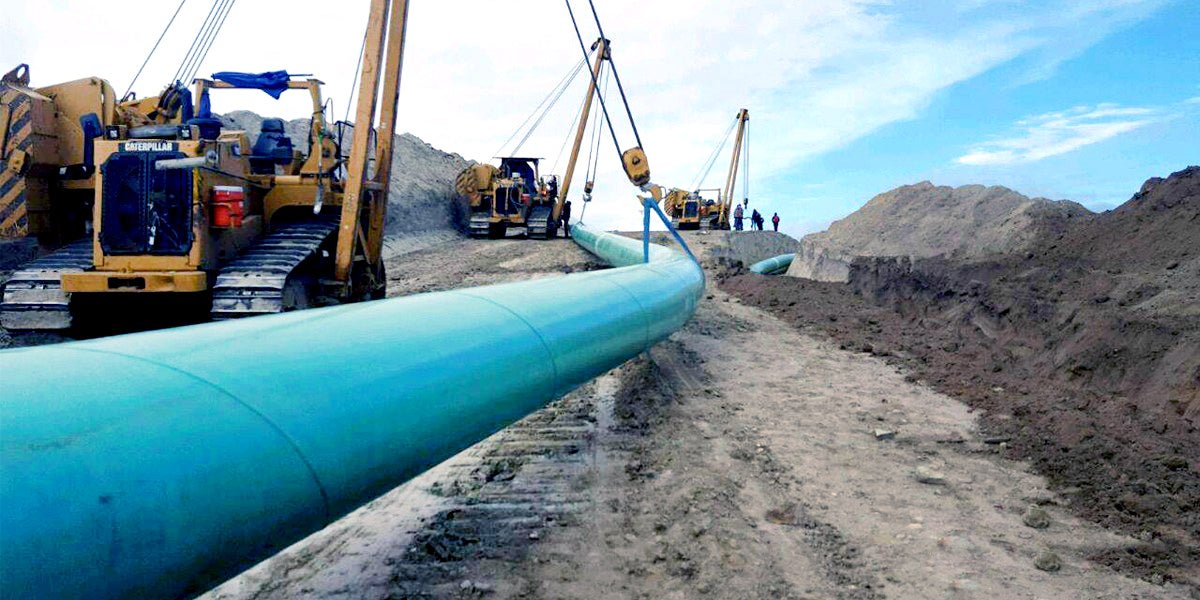 A federal judge refused to issue a temporary injunction Monday against construction of the highly controversial Dakota Access Pipeline.

The latest setback for the First Nations fighting the pipeline means that it could be “operational in as little as 30 days,” according to a lawyer for the company building it, Energy Transfer Partners.

In court Monday, lawyers for the Cheyenne River and Standing Rock Sioux tribes had argued that Lake Oahe, which the pipeline crosses, is sacred: “The Lakota people believe that the pipeline correlates with a terrible Black Snake prophesied to come into the Lakota homeland and cause destruction. The Lakota believe that the very existence of the Black Snake under their sacred waters in Lake Oahe will unbalance and desecrate the water.”

They added the pipeline would “desecrate the waters upon which the Cheyenne River Sioux tribal members rely for their most important religious practices.”

Cheyenne River Sioux tribe chair Harold Frazier also argued that “to put that pipeline in the ground would be irreparable harm for us in our culture.”

The judge, U.S. District Judge James Boasberg rejected the claim, though. He argued that he was not ruling on whether the pipeline was “a good or bad idea,” but whether construction would cause “imminent harm.”

Although this is a setback for the Indigenous water protectors fighting the pipeline, the judge did say he would consider the case more thoroughly on Feb. 27.

The Associated Press reported yesterday that although a spokeswoman for the company building the pipeline, Energy Transfer Partners, said last week that it could be operational in about 3 months, a lawyer for the company, David Debold, now said “work is going more quickly and suggested the pipeline could be ready for oil in as soon as 30 days.”

But activists remain defiant, with three new camps springing up in recent days: Paulino Mejia, a 21-year-old Ch’orti’ Maya, who returned to Standing Rock last week, said: “I don’t think this will stop the movement. If anything, it might even make it stronger. I’m going to stay here indefinitely.”

Chase Iron Eyes, lead counsel in the Dakotas for Lakota People’s Law Project, said in a statement: “We’re disappointed with today’s ruling denying a temporary restraining order against the Dakota Access Pipeline, but we are not surprised. We know this fight is far from over. The tribes will continue to pursue legal remedies through the courts, seek an injunction against the pipeline and push for the full Environmental Impact Statement to be completed.”