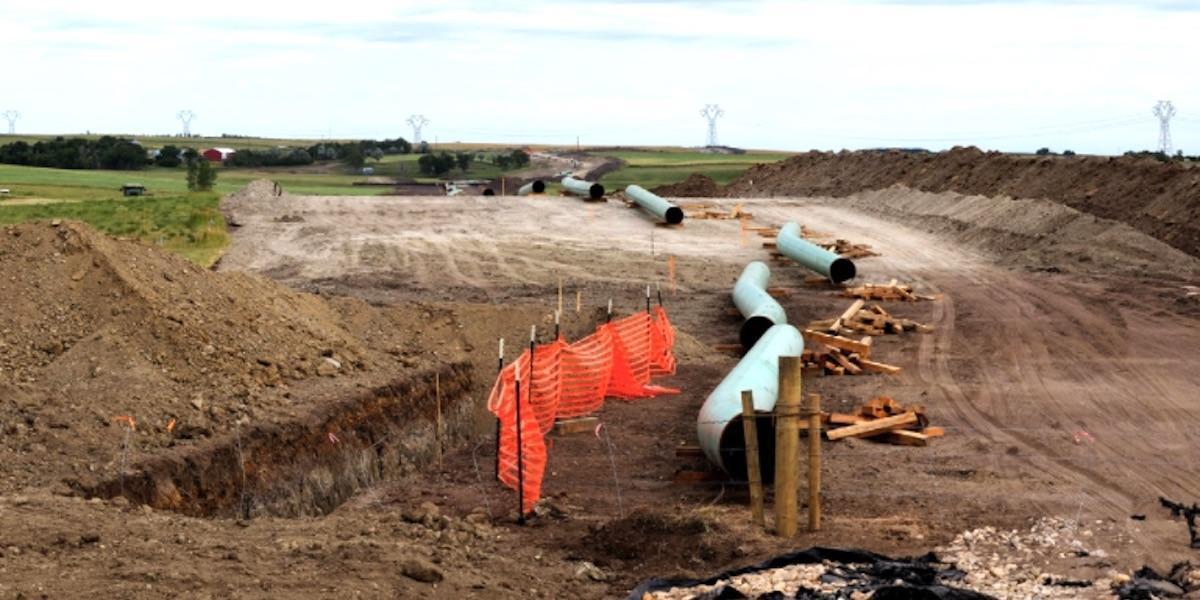 This is the $3.8 billion project’s third known leak. The controversial pipeline, which is not yet finished and not yet operational, also spilled 84 gallons of oil in South Dakota on April 4.

The state’s Health Department database shows that two barrels, or 84 gallons, spilled on March 3 in Watford City due to a leaky flange (the section connecting two sections of pipeline) at a pipeline terminal.

Vicki Granado, spokeswoman for pipeline backer Energy Transfer Partners (ETP), told the Associated Press that the discharge came from a line operated by a connecting shipper on the Dakota Access Pipeline.

“They are responsible for the operations, maintenance, etc.,” she said.

Then on March 5, a half a barrel, or 20 gallons, spilled in Mercer County due to a manufacturing defect of an above-ground valve, according to data from the federal Pipeline and Hazardous Materials Safety Administration.

Both leaks were contained and cleaned up. No people, wildlife or waterways were affected.

The DAPL is a 1,172-mile-long, North Dakota-to-Illinois oil pipeline that is expected to start flowing on June 1. The project was at the center of a high-profile battle last year involving thousands of Native American protesters and their supporters.

ETP maintains the safety of the DAPL and its other operations such as the highly contested Rover Pipeline, a 713-mile pipeline that will carry fracked gas across Pennsylvania, West Virginia, Ohio and Michigan and Canada.

Similar to DAPL, the Rover Pipeline is also under construction and has been condemned by opponents for its multiple spills and accidents, including a notorious discharge of 2 million gallons of drilling fluids into wetlands in Ohio last month.

“Energy Transfer Partners has demonstrated their complete incompetence time and time again based on the sheer volume of violations within the short time they’ve been constructing the Rover,” Michael Rinaldi, 34, a member of Appalachia Resist!, said in a statement.

“Wherever these pipelines are planned, people are carrying the lessons of Standing Rock to show this predatory industry that we will resist them every step of the way. The health of our communities is not for sale. Water is Life.”

In November, the Bureau of Land Management (BLM) decided to offer tens of thousands of acres of Wayne National Forest up for fracking. The BLM has leased nearly 2,000 acres to Pennsylvania oil and gas company, Eclipse Resources.

“We are here to tell the Bureau of Land Management that our public lands are not for sale and also to remind them that public lands are stolen lands,” Jolana Watson, 25, another member of Appalachia Resist!, said.

“The same companies that want to frack the Wayne and build pipelines through it are running roughshod over treaty rights and ignoring native sovereignty around the continent.”

Additionally, it emerged this week that ETP is in the midst of another battle over the preservation of historic sites in Ohio. DeSmogBlog reported that documents filed with the Federal Energy Regulatory Commission show that ETP and the Ohio State Historic Preservation Office are disputing over a $1.5 million annual payment owed to the state agency as part of a five-year agreement signed in February.