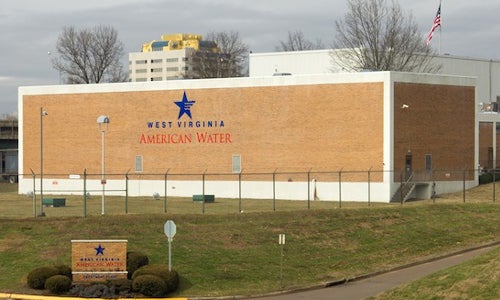 It took a few days after a state of emergency was declared across nine West Virginia counties—and one-sixth of the state’s population was told not to drink or bathe using their tap water—for the national news media to discover a story of national importance occurring in the political backwaters of Appalachia. 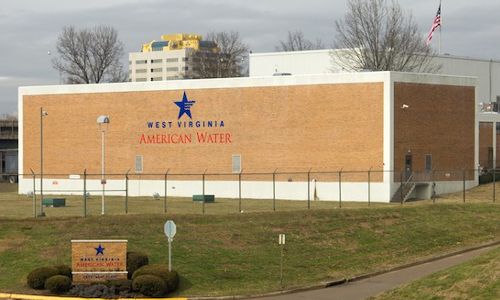 Filings by the West Virginia Public Service Commission reveal the dramatic expansion of West Virginia American Water Company’s water network over the past 20 years, and why one-sixth of the people in this water-rich state were left without safe water for nearly a week. Photo credit: Foo Conner / Flickr

But most haven’t yet picked up on what may be the most interesting and important detail: why so many people in this water-rich state depend on a single, privately-owned treatment system and distribution network that sprawls across nine counties for their supply of drinking water.

In many communities, the tale of coal industry activities polluting people’s drinking water supply is anything but new. Places like Prenter in Boone County have seen a lot worse.

The topic of waste from coal preparation plants polluting well water in Prenter was the centerpiece of a blockbuster piece published by The New York Times in 2009 that described the systemic failures of states like West Virginia to enforce the federal Clean Water Act.

Here’s the lead from that story:

Jennifer Hall-Massey knows not to drink the tap water in her home near Charleston, W.Va.

In fact, her entire family tries to avoid any contact with the water. Her youngest son has scabs on his arms, legs and chest where the bathwater—polluted with lead, nickel and other heavy metals—caused painful rashes.

Many of his brother’s teeth were capped to replace enamel that was eaten away.

Neighbors apply special lotions after showering because their skin burns. Tests show that their tap water contains arsenic, barium, lead, manganese and other chemicals at concentrations federal regulators say could contribute to cancer and damage the kidneys and nervous system.

Reporter Charles Duhigg goes on to say that residents and scientists believe the pollution got into their water from injections of coal slurry—the waste byproduct of washing coal —into abandoned mine shafts, where it could flow through cracks in the earth into groundwater and, ultimately, the wells of local residents. According to the Times, coal companies had injected nearly two billion gallons of coal slurry into the ground within an eight-mile radius of Prenter between 2004 and 2009. For context, the BP Deepwater Horizon disaster spilled only one-tenth that much oil into the Gulf of Mexico.

The article also describes the roots of the latest crisis in West Virginia in appalling detail: how even well-intentioned and ambitious state regulators proved no match for the politically sophisticated and powerful coal industry, how local politicians punish regulators who do their job effectively, and how the coal industry has perfected the art of dodging accountability for the damage it causes. But picking up where the Times left off, the story of how Prenter finally got drinking water restored provides even more useful insight into the roots of last week’s water crisis.

In late 2009, the state gave final approval for a public-private partnership between Boone County and West Virginia American Water Company (WVAWC)—the utility that owns the treatment facility and water distribution network shut down since last Thursday—for a multi-million dollar project to run water lines out to Prenter and nearby communities. The project was mostly paid for by a federal Housing and Urban Development grant, with Boone County and West Virginia American Water Company making up the difference. Not a penny was paid by the coal companies that polluted the water in the first place.

The paper trail of the state’s Public Service Commission filings that document the dramatic expansion of WVAWC’s water network over the past two decades (see map below) reveals similar stories happening again and again, as the company gobbled up one municipal utility after another, as well as individual homes whose wells were polluted by coal mining activities. 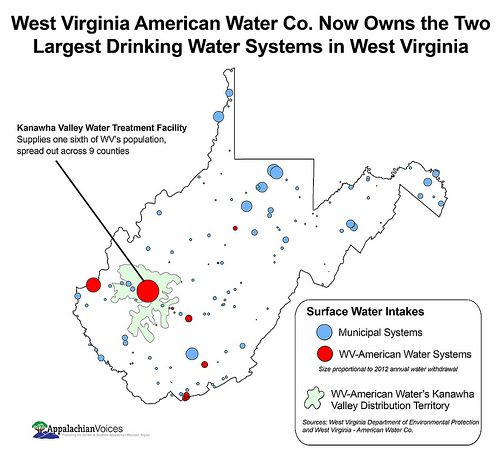 In one example, in 2004 the state gave approval for WVAWC to develop the Sharples Water Line Extension project in Logan County, which, according to Public Service Commission documents, was necessary because a coal company’s mining plans were likely to destroy wells that had provided a reliable supply of clean drinking water to nearby residents for generations. According to the documents:

The cost of the project, which was ultimately approved, was shared between Arch Coal, WVAWC and a Community Development Block Grant. While the documents sought to justify the expense on the grounds that the extension would “eliminate the use of local groundwater and provide a more than adequate supply of drinking water that will sustain the expected growth in the project area,” nobody seriously believed there would be any “expected growth” near a massive mining complex in Logan County, where the population has been declining for decades.

The real motivation for the project is found further down in the engineering report, which details the expected economic development benefits:

The extension Project will help satisfy mine permitting requirements for Arch Coal’s proposed Mountain Laurel mine.

Similar evidence of how public money has been used to directly benefit the coal industry—while simultaneously expanding the customer base of a private, multinational water company—runs throughout West Virginia Public Service Commision documents. In many cases, public funds were not used quite so directly to subsidize coal companies, but rather to restore water service to homes where wells or community water systems dried up or were destroyed by coal industry activities.

Unsurprising to anyone familiar with West Virginia politics, Gov. Tomblin (D-WV) was quick to absolve the coal industry of culpability for the current disaster, blaming it on the chemical industry—and a particularly bad actor at that. But any attempt to decouple the coal industry from this disaster fails the laugh test, given that the spilled chemical was not only used by mining companies to wash coal, but that it had already been oozing into West Virginians’ water supply long before last Thursday through underground injections of coal slurry near communities such as Prenter. What’s more, as the Times and other observers make clear, the lackadaisical attitude of state regulators toward inspections is itself a result of the coal industry’s longstanding and overwhelming influence over state government at all levels.

But would a better system of permitting and inspecting chemical facilities have prevented this disaster from occurring? Would it prevent a different type of accident, say if an out-of-control barge or tractor-trailer runs into a chemical storage tank? What about intentional sabotage or, God forbid, a terrorist attack?

The fact that 16 percent of the state’s population depends on WVAWC’s Kanawha Valley Water Treatment Facility for drinking water is a central factor in the scale of the disaster and, as the Public Service Commision paper trail demonstrates, the coal industry has a lot of culpability in that situation as well. But still other factors have led to the expansion and consolidation of WVAWC’s service territory, which is why the moral of this story applies beyond coal country. 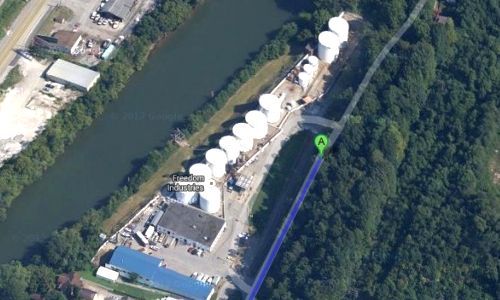 The West Virginia chemical spill is a cautionary tale for communities all over the country where multinational companies are coming in and buying up municipal water utilities to manage people’s drinking water supply for profit. And factors beyond groundwater pollution by the coal industry are driving those trends, such as systemic under-investment in public water systems by federal, state and local governments and the rapaciousness with which private companies, aided by political favoritism and lobbying, are pursuing expansion of their influence, customer base and profit margins.

There is much more that can be said about the risks and drivers of water privatization, and people should read the many excellent reports published by Food and Water Watch on the subject.

But there are also immediate things people can do to help West Virginians and people across Appalachia reduce the risk of this type of accident from happening again. There is currently an effort afoot by West Virginians to protect their homes and water supply by taking away the authority of the corrupt and ineffective West Virginia Department of Environmental Protection to oversee coal mine permitting in the state and instead turning the program over to federal authorities. You can support that effort here.

There is also a coalition of groups across Appalachia working to ensure the Obama Administration fulfills its much-delayed promise to replace a Bush-era rule that weakened regulations on mining near streams. You can support this and other efforts by Appalachian groups to end mountaintop removal by iLoveMountains.org.

Visit EcoWatch’s WATER  and COAL pages for more related news on this topic.