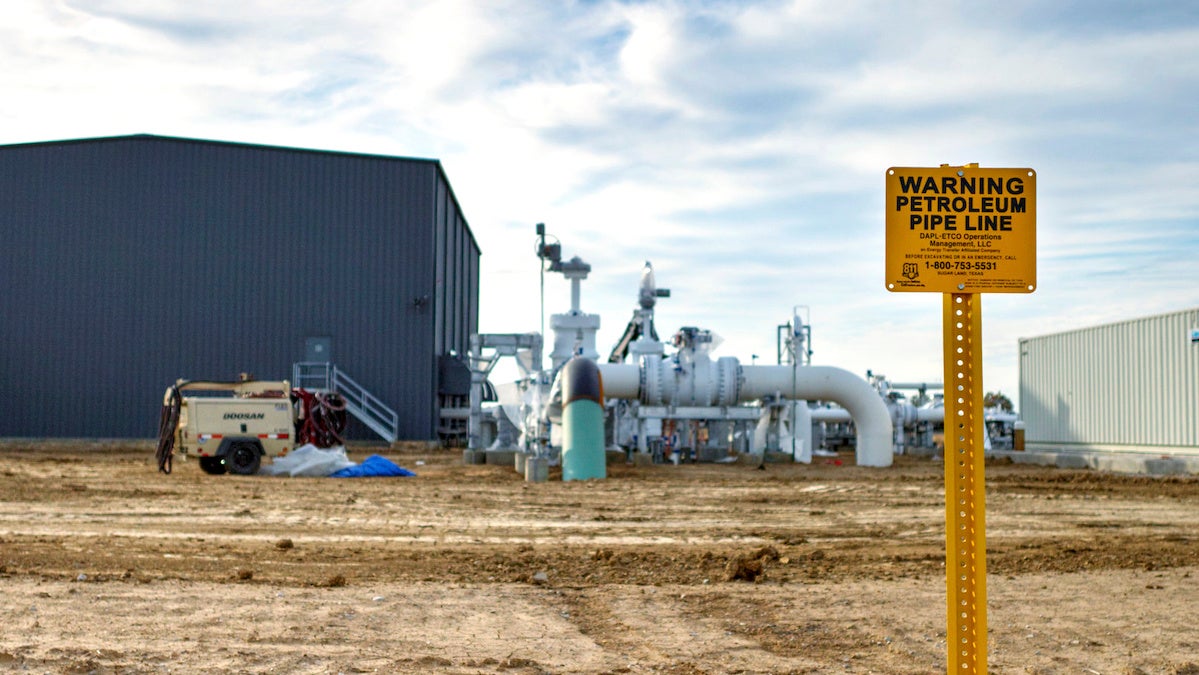 The controversial Dakota Access Pipeline won a reprieve Wednesday when an appeals court canceled a lower court order mandating the pipeline be shut down and emptied of oil while a full environmental impact statement is completed.

The shutdown order, which would have gone into effect Wednesday, marked the first time a major oil pipeline was court ordered to cease operations for environmental reasons. But while its reversal is disappointing for pipeline opponents, Wednesday’s decision was not wholly favorable for the pipeline, either. The court refused to halt the initial order for a new environmental review of the pipeline’s crossing under the Missouri River, where the Standing Rock Sioux Tribe fears it will pollute its drinking water and sacred lands if it leaks.

“We’ve been in this legal battle for four years, and we aren’t giving up this fight,” Standing Rock Sioux Tribe Chairman Mike Faith said in an Earthjustice press release. “As the environmental review process gets underway in the months ahead, we look forward to showing why the Dakota Access Pipeline is too dangerous to operate.”

But the fight isn't over! DAPL's permit to cross underneath Lake Oahe is vacated, so it's effectively operating illegally. While this temporary shutdown issue will likely be resolved in court, a final decision on shutting down DAPL won't be made till after the election. #NoDAPL

In its ruling, the U.S. Court of Appeals for the District of Columbia Circuit put the question of whether the pipeline could continue to operate without a permit back to the Trump administration, Bloomberg News reported. It said it expected the Army Corps of Engineers to clarify the issue.

“It’s interesting what the court did here,” Earthjustice lawyer Jan Hasselman, who represents the Standing Rock Sioux Tribe, told Bloomberg. “While the focus has been on this judicially imposed shutdown order, the bigger picture is the environmental impact statement and whether a permit will be reissued under the next administration.”

Hasselman argued that the pipeline is now operating illegally, and, if the Army Corps of Engineers decides to let it keep running while a review is completed, the issue will return to court.

“[W]e are confident that it will be shut down eventually,” he said in the press release.

The pipeline’s owner Energy Transfer had immediately appealed the shutdown order, and the company’s lawyer said it would continue with the legal process.

“We believe our legal positions are strong, and we are confident that the pipeline will continue to operate,” General Counsel Tom Mason told Bloomberg.

The oil and gas industry more generally had a mixed response to Wednesday’s ruling.

“The Court rightly stayed the decision to shut down and empty the Dakota Access Pipeline, which has been operating for over three years and provides millions of tax dollars to states, affordable energy to the entire region, and thousands of jobs along its route,” American Petroleum Institute senior vice president and chief legal officer Paul Afonso said in a statement reported by The Hill. “However, the failure to uphold the easement granted years ago by the federal government exemplifies the problems with our outdated permitting system, which allows protracted challenges to advance within the courts and ultimately take away jobs, tax dollars, and investments that pipelines bring to communities that sorely need them.”

The Dakota Access Pipeline currently carries 570,000 barrels of oil a day 1,172-miles from North Dakota through South Dakota and Iowa to a shipping point in Illinois. The fight against the pipeline garnered international attention through major Indigenous-led protests in 2016 and 2017. The Obama administration denied the river crossing permit in late 2016, but President Donald Trump pushed the project through via executive order early after taking office. It has now been operating a little more than three years.