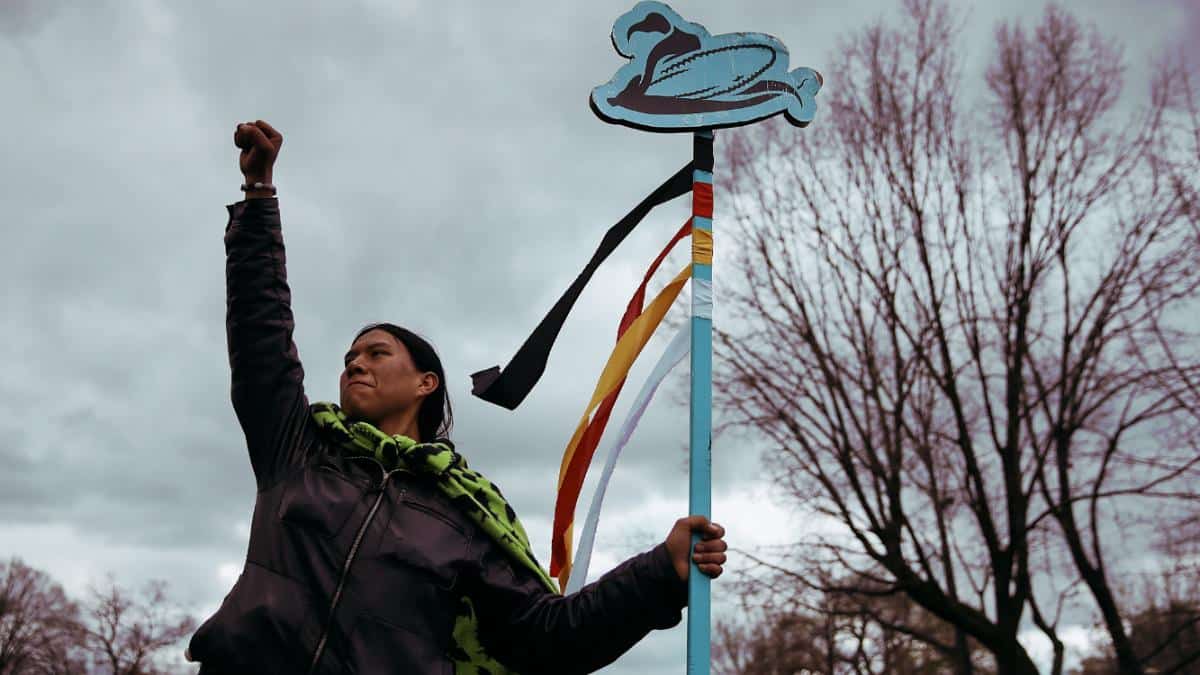 A three-judge panel on the U.S. District Court of Appeals from the D.C. Circuit agreed Tuesday with a lower court ruling that the pipeline‘s crossing at the Missouri River near the Standing Rock Sioux Reservation is illegal and requires an in-depth environmental review, the Grand Forks Herald reported.

“We are pleased that the D.C. Circuit affirmed the necessity of a full environmental review, and we look forward to showing the U.S. Army Corps of Engineers why this pipeline is too dangerous to operate,” Standing Rock Sioux Tribe Chairman Mike Faith said in an Earthjustice press release.

The Standing Rock Sioux Tribe has long opposed the pipeline’s crossing under Lake Oahe, a drinking water source for the tribe that is located just off of their reservation, the Grand Forks Herald explained. It became the subject of massive Indigenous-led protests in 2016 and 2017, leading the Obama administration to withhold a key permit for the project.

However, the Trump administration approved the pipeline without a full Environmental Impact Statement (EIS) of the Missouri River crossing, a coalition of Sioux tribes explained in a letter to President Joe Biden. The Army Corps of Engineers began an EIS of the crossing in September based on the lower court ruling, the Grand Forks Herald reported. This is expected to take up to 13 months, but the tribes and their allies are calling on the Biden administration to shut the pipeline down entirely.

Biden has promised to focus on the climate crisis in office, and canceled the Keystone XL pipeline on day one of his administration, leading Indigenous and environmental activists to call for a shutdown of all contested fossil fuel pipelines.

“Especially after the Keystone XL decision, the pressure is increasing for the Biden administration to take action here,” Jan Hasselman, an Earthjustice attorney who represents the Standing Rock Sioux, told Reuters.

“I think the big point is that the court did not rule that DAPL is not safe,” Ron Ness, president of the North Dakota Petroleum Council, told the Grand Forks Herald.

The Dakota Access pipeline is the main pipeline delivering oil from North Dakota’s Bakken field, which is the second-largest shale development in the U.S., according to Reuters. It currently has the capacity to carry 570,000 barrels of oil a day, but both state regulators and pipeline operators want to double that in coming years, the Grand Forks Herald reported. It is owned by Energy Transfer Partners.