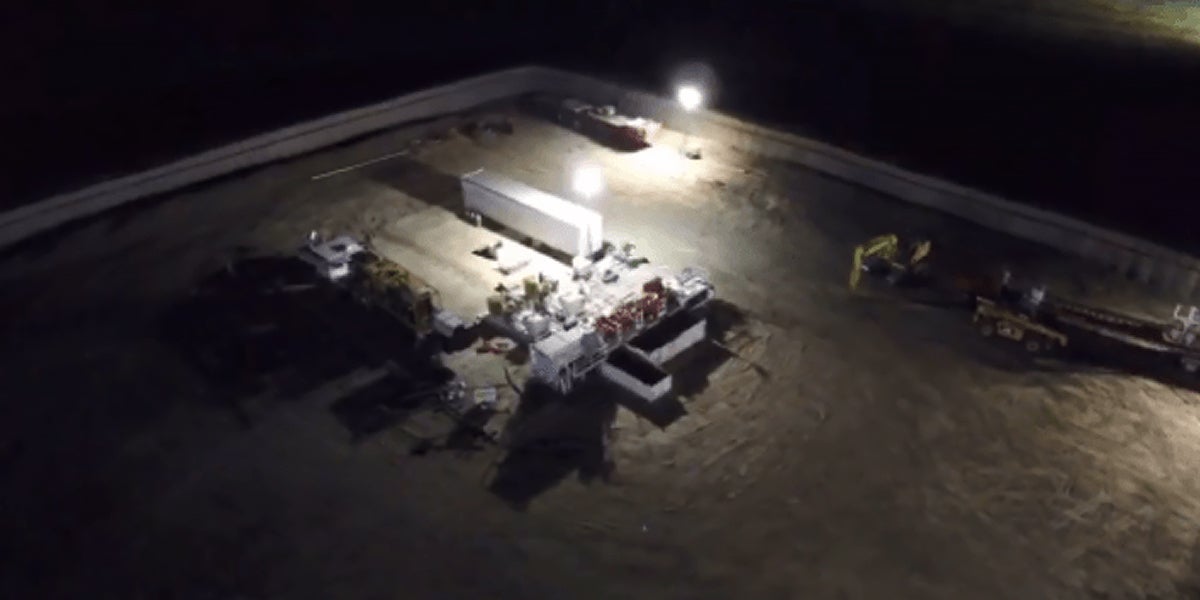 At approximately 3 a.m. Nov. 16, independent media makers from Digital Smoke Signals spotted a horizontal drill at the highly militarized drill site next to the Missouri River.

This sighting comes two days after the Army Corps statement made on Nov. 14. The Army Corps alerted Dakota Access Pipeline (DAPL) that “Construction on, or under the corps land bordering Lake Oahe cannot occur because the Army has not made a final decision on where to grant an easement.”

The following day, Nov. 15, a Unicorn Riot reporter spotted construction continuing despite the statement from the Army Corps.

The response from Dakota Access was to sue the Standing Rock Sioux Tribe, the Cheyenne River Sioux Tribe and the Army Corps of Engineers claiming all permits were granted. Despite the Army Corps statement that DAPL construction “cannot” continue, Dakota Access has moved in a horizontal drill and prepares to bore under the Missouri River at their highly fortified drill site.

Water protectors continue to gather in prayerful resistance at Oceti Sakowin against the Dakota Access Pipeline and prepare for the first winter storm of the season.

Reposted with permission from our media associate Unicorn Riot.