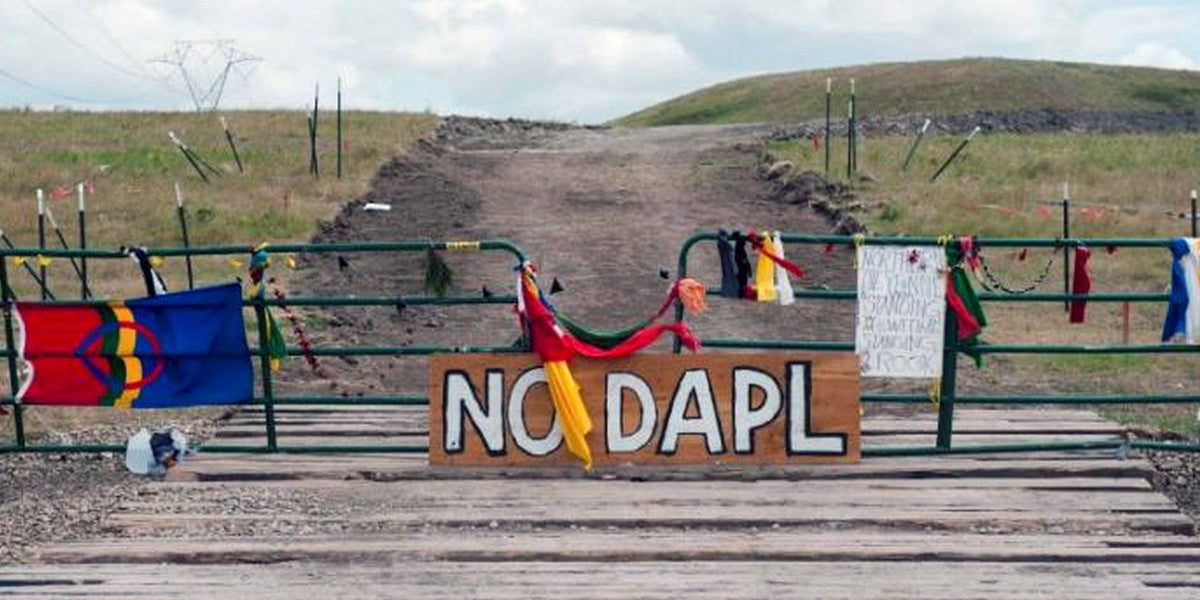 In a setback for the Standing Rock Sioux Tribe and their supporters, on Sunday evening, one hour before the start of the second presidential debate, the DC Circuit Court of Appeals lifted an injunction that had stopped construction on the Dakota Access Pipeline, allowing work to resume.

The $3.7 billion, 1,170-mile pipeline would transport 470,000 barrels of crude oil across four states, which include sacred sites and burial grounds documented by the tribe.

“We are troubled by the court’s decision, but as water protectors and land defenders, our resolve to stop this Bakken frack-oil pipeline will not be diminished,” Tom Goldtooth, executive director of the Indigenous Environmental Network, said. “This fight is far from over.”

Last month, after a federal judge rejected the tribe’s challenge to halt construction on lands near their reservation, the Obama administration stepped in and revoked its authorization to construct the pipeline on federal land bordering or under Lake Oahu. The U.S. Army Corps of Engineers is conducting a review that it says will be completed within weeks.

In its order, the court noted, “But ours is not the final word. A necessary easement still awaits government approval—a decision corps’ counsel predicts is likely weeks away; meanwhile, intervenor DAPL has rights of access to the limited portion of pipeline corridor not yet cleared—where the Tribe alleges additional historic sites are at risk.”

While the court said the tribe hadn’t met the strict requirements of Section 106 of the National Historic Preservation Act to force a halt to construction, it did express sympathy for the tribe saying, “We can only hope the spirit of Section 106 may yet prevail.” Section 106 requires federal agencies to consult with tribes about any potential impact on their cultural and historic sites, and specifically directs agencies to “respect tribal sovereignty.”

Archambault told NBC News, “It seems they are coming to the same conclusion as the federal government in acknowledging there is something wrong with the approvals for the pipeline. We see this as an encouraging sign.”