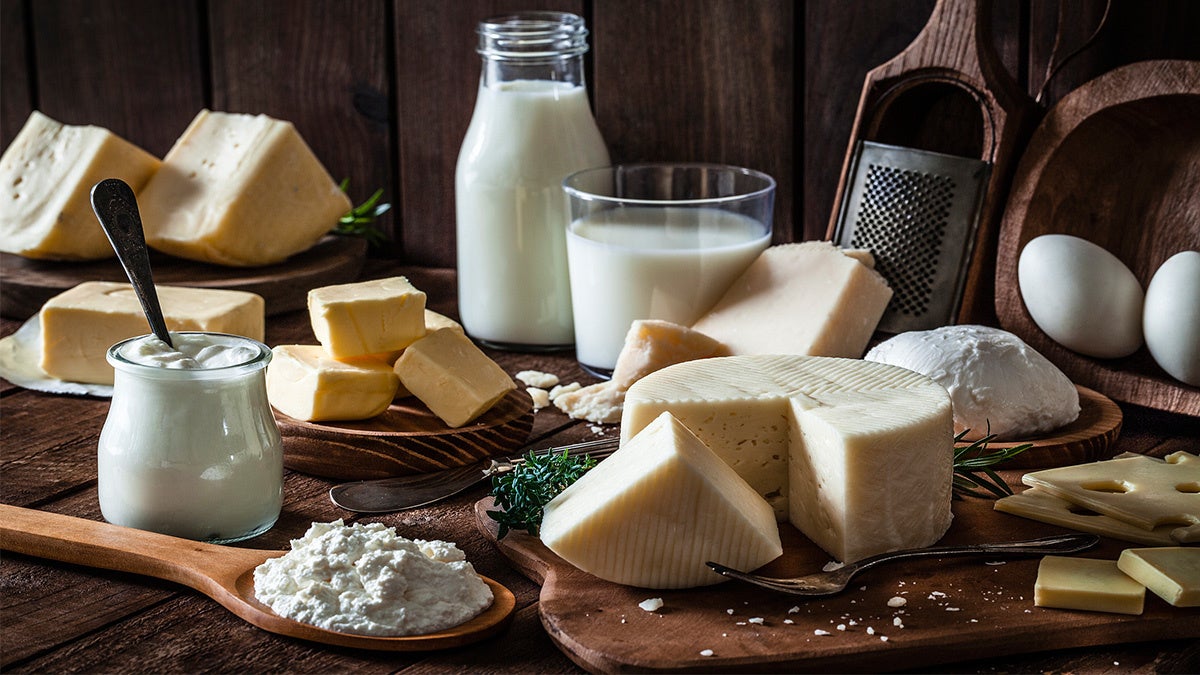 Ditching cheese, milk and other dairy products for more plant-based foods could reduce your risk of developing prostate cancer.

In a new study published in The Journal of the American Osteopathic Association, Mayo Clinic researchers found that eating a lot of dairy products was associated with an increased risk of prostate cancer. And though the association between eating other animal products and prostate cancer wasn’t as clear — meat diets showed both increased and unchanged risks — plant-based diets appeared to actually decrease that risk.

“Our review highlighted a cause for concern with high consumption of dairy products,” lead author John Shin, a Mayo Clinic oncologist, said in a press release. “The findings also support a growing body of evidence on the potential benefits of plant-based diets.”

Around one in every nine American men will be diagnosed with prostate cancer, according to the American Cancer Society, making it one of the most common cancers in the U.S. Prostate cancer also has the second-highest mortality rate out of all cancers for men in the U.S., leading to 31,620 deaths annually.

It’s thought that increased calcium levels are associated with prostate cancer, as the calcium can halt the formation of a type of vitamin D called calcitriol, which could otherwise prevent the proliferation and spread of prostate cancer cells. The study did not identify how much dairy per person was associated with the increased risk, the Daily Mail reported.

For the report, the researchers examined 550 scholarly references sourced from three databases. After excluding articles that did not investigate the link between diet and prostate cancer, as well as letters, editorials and case reports, the researchers found 47 usable studies published in scientific journals between 2006 and February 2017, which involved more than 1 million participants in total, Newsweek reported. These included cohort studies ranging in size from small to very large, case-control studies, meta-analyses and a population study.

But the researchers acknowledged this range was also a weakness because of the differing methods employed by the studies. Future research, they said, should have standardized methods for collecting data to better account for non-dietary factors and include randomized controlled trials.

Experts not involved in the study agreed. David Montgomery, director of research at Prostate Cancer UK, said that the findings could not yet replace weight, age and ethnicity as primary factors driving prostate cancer risk.

“The previous studies are of variable quality and have not consistently taken account of other factors beyond diet that could impact the results,” Montgomery told FoodNavigator. “We would not encourage anyone to avoid or increase intake of certain foods as a result of this study.”

Still, the association between plant-based foods and prostate cancer continues to grow. Another recent study this month found that eating at least three servings of mushrooms each week was associated with a reduced risk of prostate cancer.

The benefits of a plant-based diet don’t stop there, either: it’s also been recently associated with reduced type 2 diabetes risk and a healthy gut.