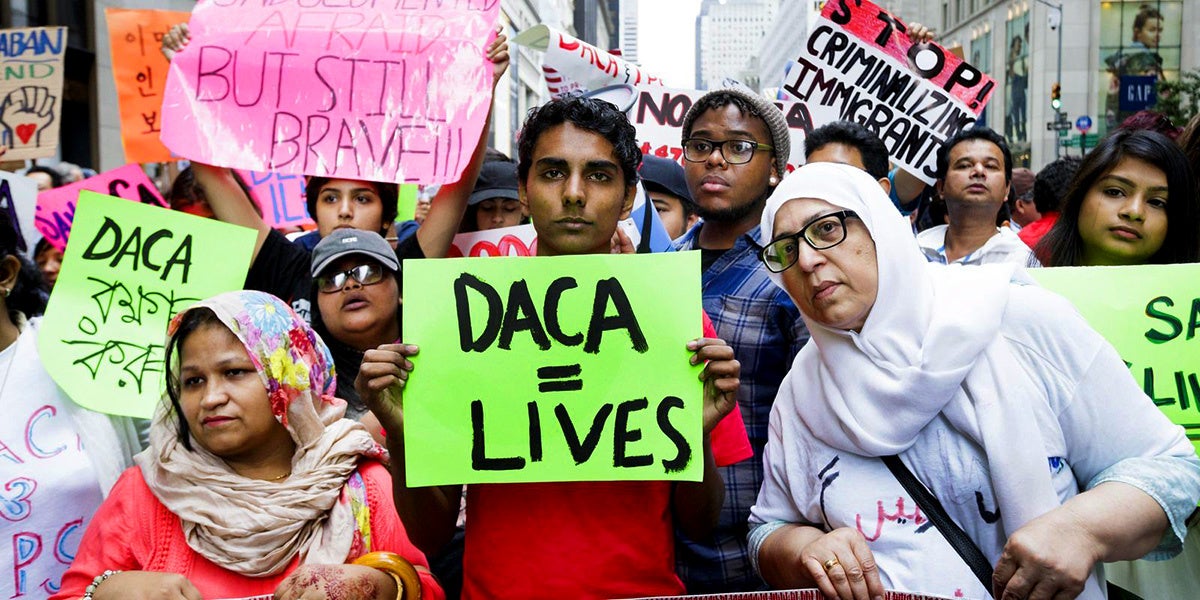 Tuesday in the midst of a national emergency along the Gulf Coast, Donald Trump’s attorney general, Jefferson Beauregard Sessions, is set to announce the termination of the Deferred Action for Childhood Arrivals (DACA) program, leaving it up to congress to protect the more than 800,000 young undocumented immigrants in the program. DACA, put in place by the Obama administration, provided protections from deportations and the ability to work and attend school for young undocumented immigrants or Dreamers, brought to the U.S. as children. Houston is home to 56,800 dreamers.

Trump’s mean-spirited decision to terminate DACA endangers the safety of hundreds of thousands of our friends, family members and neighbors. These are young people who came to the United States with a dream to make a better life, and they are making our country better as a result.

The immigrant rights and environmental movements’ concerns are intertwined. Those communities most threatened by Trump’s presidency—immigrants, communities of color and women—are also most vulnerable to toxic pollution and climate change. The Sierra Club is in solidarity with all those who have helped strengthen our country through DACA and we strongly oppose the bigotry being stoked by the White House against immigrants.