Mozambique Hit by Second Historic Cyclone in Little Over a Month 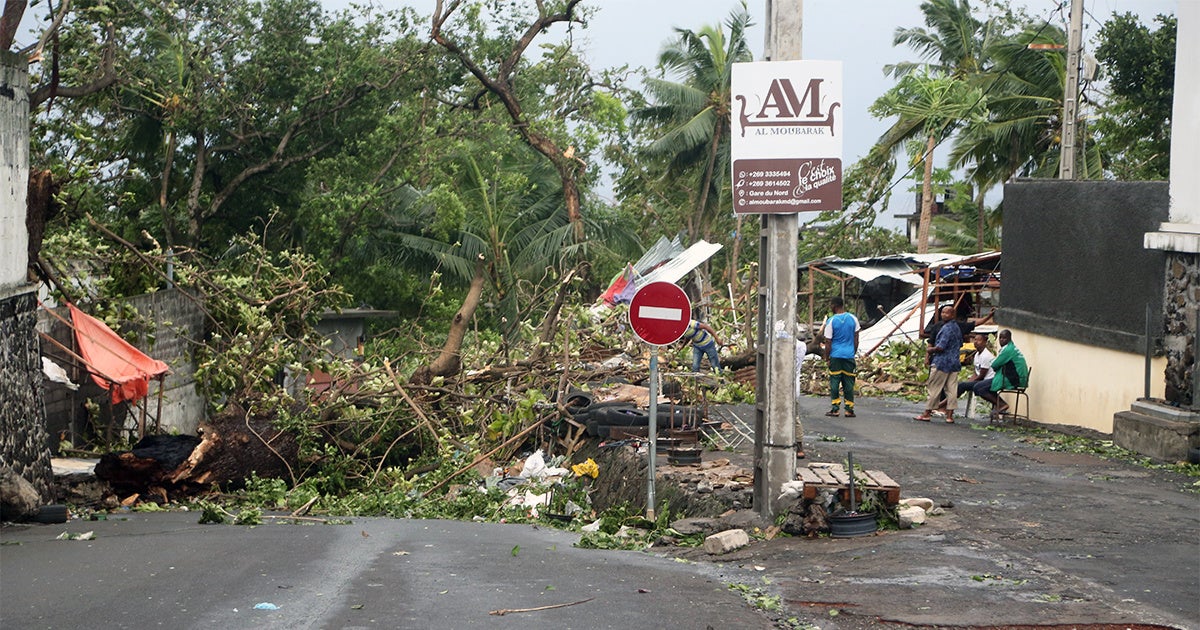 Cyclone Kenneth made landfall in Mozambique’s Cabo Delgado province on Thursday as the strongest storm to ever hit the country, The Guardian reported. It struck with wind speeds of 140 miles per hour and was expected to raise waves 16 feet higher than usual and bring torrential rain.

The storm comes little over a month after Cyclone Idai killed more than 700 people, displaced tens of thousands and caused $1 billion in damage, making it the deadliest and costliest storm in Mozambique’s history, CNN reported. In the entire region, including Mozambique’s neighbors Malawi and Zimbabwe, Idai killed more than 1,000 and forced millions from their homes, The New York Times reported.

“It’s really an anomaly in the history of cyclones in this region. There’s never been two storms this strong hit in the same year, let alone within five weeks of each other in Mozambique,” meteorologist Eric Holthaus told The Guardian.

Satellite animation shows #CycloneKenneth's path after lashing Comoros island, killing 3, before reaching northern Mozambique. Kenneth weakened slightly when it hit near the city of Pemba. It is now expected to weaken further as it moves inland, causing heavy rains and flooding. pic.twitter.com/k1NyQIhVmu

Kenneth has already killed one person in Mozambique, who was struck by a falling coconut tree in the city of Pemba, BBC News reported. The storm was downgraded to an ex-cyclone Friday as winds decreased, but France’s meteorological agency predicts more than 23.6 inches of rain could fall over the next few days. That’s nearly double the 10 days of rainfall that caused devastating flooding in the port city of Beira during Cyclone Idai.

It’s the extreme rainfall that can be directly linked to climate change, Holthaus told The Guardian.

“We have very strong evidence that everywhere in the world, rainfall is getting more intense. So that means you can get the same amount of rainfall, but it just happens in a shorter period of time, because if the atmosphere is warmer then that will create more intense thunderstorms that rain out faster,” Hotlhaus said. “We can directly link Kenneth with climate change for that reason. Not only is this an extremely intense rainfall event, globally, but it’s being made worse because of climate change.”

Cabo Delgado, where Kenneth struck, is 600 miles northeast of Beira. The region had never before in modern history been struck by a hurricane-force storm, The New York Times reported.

“This is another potential tragedy for Mozambique,” Oxfam manager Dorothy Sang told The New York Times. “We’re still struggling to scale up and meet the needs of everyone after the last cyclone. This will make it much harder.”

Mozambique has already taken out a 8 million loan from the International Monetary Fund to help pay for recovery from Idai, The Guardian reported.

Sang said that since the region hit by Kenneth was not used to strong storms, residents would be less prepared for flooding. Further complicating matters is the fact that violence by Islamic militants has forced thousands of people to flee to camps for displaced persons in the region, BBC reported.

However, the region is less densely populated than the area impacted by Idai and has more elevation. In addition, the government evacuated 30,000 people from the storm’s path. However, reports have said that thousands of homes have been flattened by the wind.

Homes and roads are damaged and destroyed, telephone poles and trees are down. Red Crescent volunteers are supporting the urgent needs of communities, providing first aid and assessing needs on the ground. pic.twitter.com/Fl0t5C3vh1

Mozambique’s northern neighbor, Tanzania, has also responded to the storm by closing schools and businesses in parts of the south, BBC News reported.