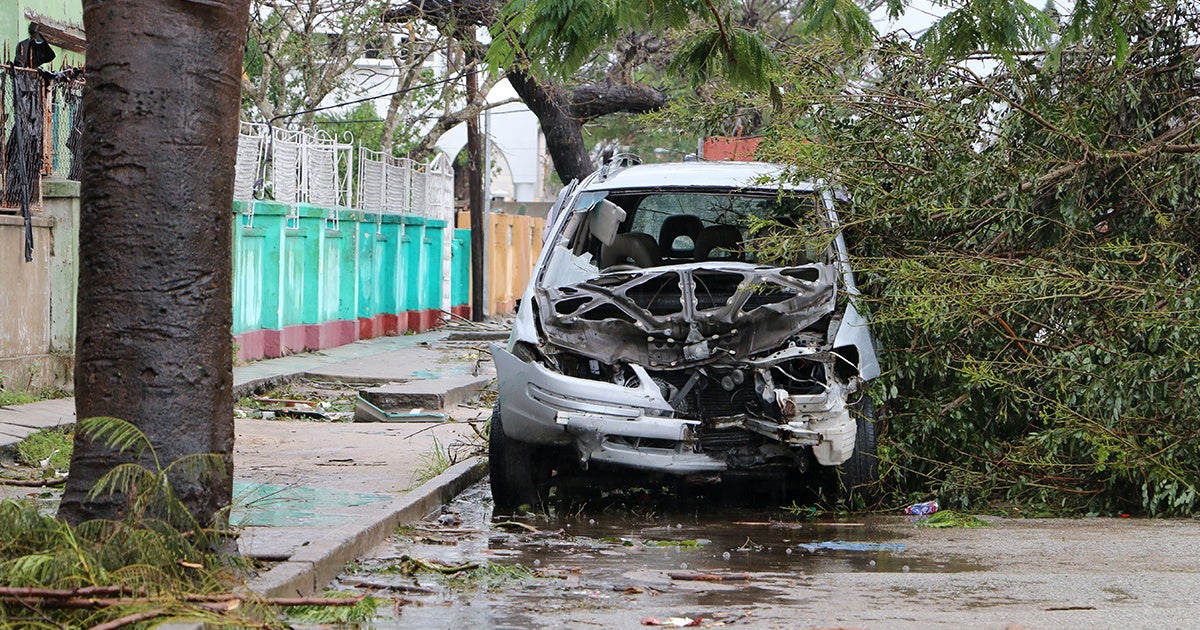 At least 150 people have died in a cyclone that devastated parts of Mozambique, Zimbabwe and Malawi over the weekend, The Associated Press reported Sunday. Cyclone Idai has affected more than 1.5 million people since it hit Mozambique’s port city of Beira late Thursday, then traveled west to Zimbabwe and Malawi. Hundreds are still missing and tens of thousands are without access to roads or telephones.

“I think this is the biggest natural disaster Mozambique has ever faced. Everything is destroyed. Our priority now is to save human lives,” Mozambique’s Environment Minister Celso Correia said, as AFP reported.

Very dangerous Tropical Cyclone #Idai continues to threaten populated areas as it makes its way across #Mozambique. Pacific Disaster Center will provide ongoing impact analysis and monitoring as this event unfolds. Our thoughts are with all of those in path of #Idai. pic.twitter.com/ToZRTppzGE

The storm, which had wind speeds of more than 124 miles per hour before making landfall, was the worst to hit Mozambique in at least a decade, Bloomberg News reported. While the storm was less intense than cyclones that hit the country in 2000 and 2008, it may have more of an impact because more people now live in affected areas.

“Tropical cyclone damage is a function not only of the intensity of the storm, but also the population size, level of development, and adaptation that has been implemented,” University of the Witwatersrand senior lecturer in physical geography Jennifer Fitchett told Bloomberg via email. “A decade or more makes a huge difference in terms of the number of people affected.”

Mozambique is at risk from an increase in heavy rainfall and more intense cyclones due to climate change, according to its USAID Climate Risk Profile. However, a 2018 study published in Environmental Research Letters found that the number of tropical cyclones forming over the Southwest Indian Ocean to make landfall in Southern Africa could actually decrease with global warming of up to two degrees Celsius above pre-industrial levels. Mozambique is also threatened by sea level rise, which can make flooding worse. Beira is already working to mitigate rising ocean levels with infrastructure projects, BBC News reported.

Beira was especially hard hit by the weekend’s storm, according to an initial assessment by the International Federation of Red Cross and Red Crescent Societies (IFRC).

“The situation is terrible. The scale of devastation is enormous. It seems that 90 per cent of the area is completely destroyed.” Beira IFRC assessment team leader Jamie LeSueur said.

The city’s airport is closed and flooding has cut off all roads to the city, but LeSueur said that damage in surrounding areas could be even worse.

In Zimbabwe, the worst damage occurred in its Chimanimani district, where flooding washed away homes and bridges, AFP reported.

Among those killed in the region were two school children who died when a boulder carried by a landslide collided with their dormitory. Soldiers were able to rescue the rest of the nearly 200 students, teachers and staff trapped in the school Sunday.

Officials are also worried about the fate of government workers who lived in a complex that was entirely flooded.

“We are very worried because all these houses were just suddenly submerged under water and literally washed away and that is where we have about 147 missing,” Chimanimani lawmaker Joshua Sacco said, according to AFP. “It’s very sad and the situation is dire.”