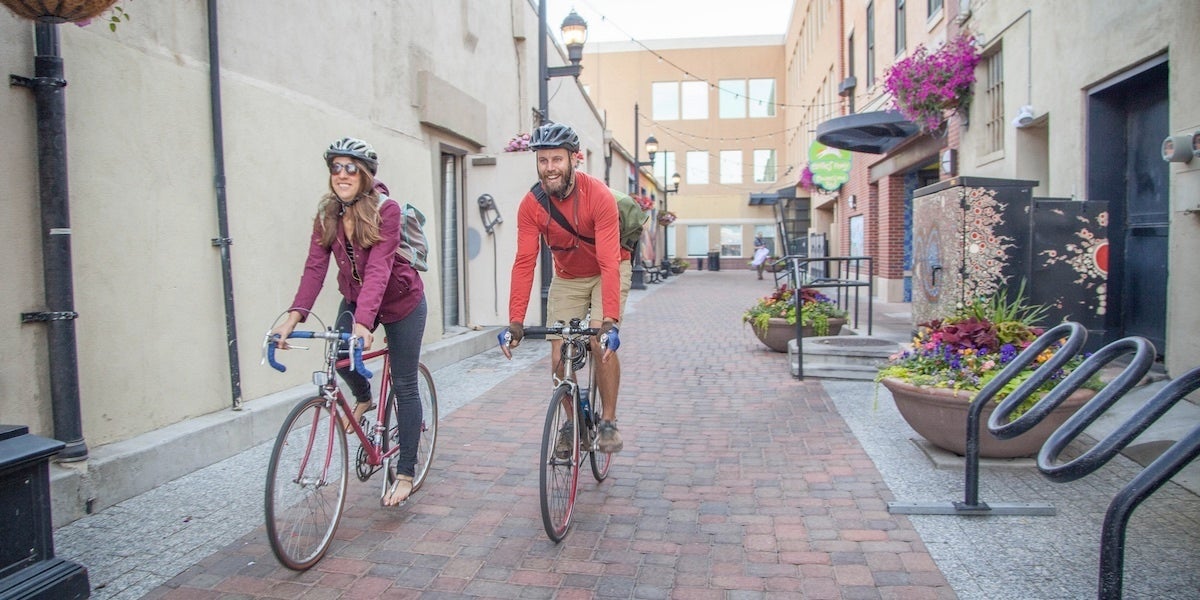 Today is
Bike to Work Day, and while that sounds deceivingly simple—you know, hop on a bike and ride to work—your city might not be the best place to make that commute. For instance, how safe is it? Are there designated lanes? Does your town support bike culture?

Luckily, there’s a way to find out if you should leave your car keys or metro card at home today. The nonprofit
PeopleForBikes launched a new database that rates the bike-ability of 480 cities in the U.S.

The rating system is based on five factors, as PeopleForBikes’s website
details:

That last factor is important. As PeopleForBikes staff writer Michael Andersen noted in a
blog post, while there are already many “best bike cities” lists out there, this new system lets communities identify their strengths and weaknesses so they can make positive changes that encourage more cycling.

“What gets measured gets done,” PeopleForBikes research director Jennifer Boldry, Ph.D., who spent three years developing the rating system, said in the blog post. “I would love if this were a tool for cities to measure where they are and track their progress.”

Here are the top 10 cities in the system: 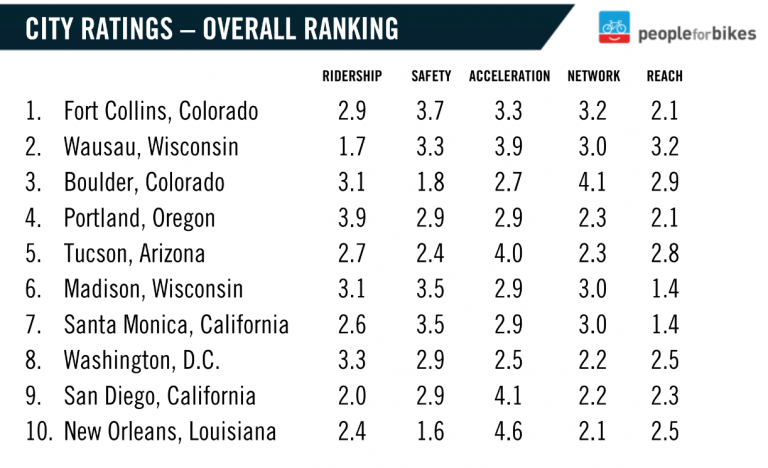 Fort Collins, Colorado—which
features hundreds of miles of bike lanes, more bikes than cars in its Downtown, a bike share program and many bicycling non-profit organizations—topped the rankings.

“This is a great honor and one that shows how important cycling is to our community,” Mayor Wade Troxell said in a statement to the
Coloradoan. “Our amazing cyclists and cycling infrastructure helps to make Fort Collins a wonderful place to enjoy and safely travel by bicycle.”

That said, even though today is Bike to Work Day, it’s always a great idea to bust out that bike whenever you can.

“When people ride bikes, great things happen: they get happier, healthier, richer, more equal and more connected to their communities,” Andersen pointed out.

“Great things happen to those communities, too, even for people who never bike:
less pollution, higher-capacity roadways, better mass transit, lower health care premiums, and local economies that have more money to invest in themselves.”