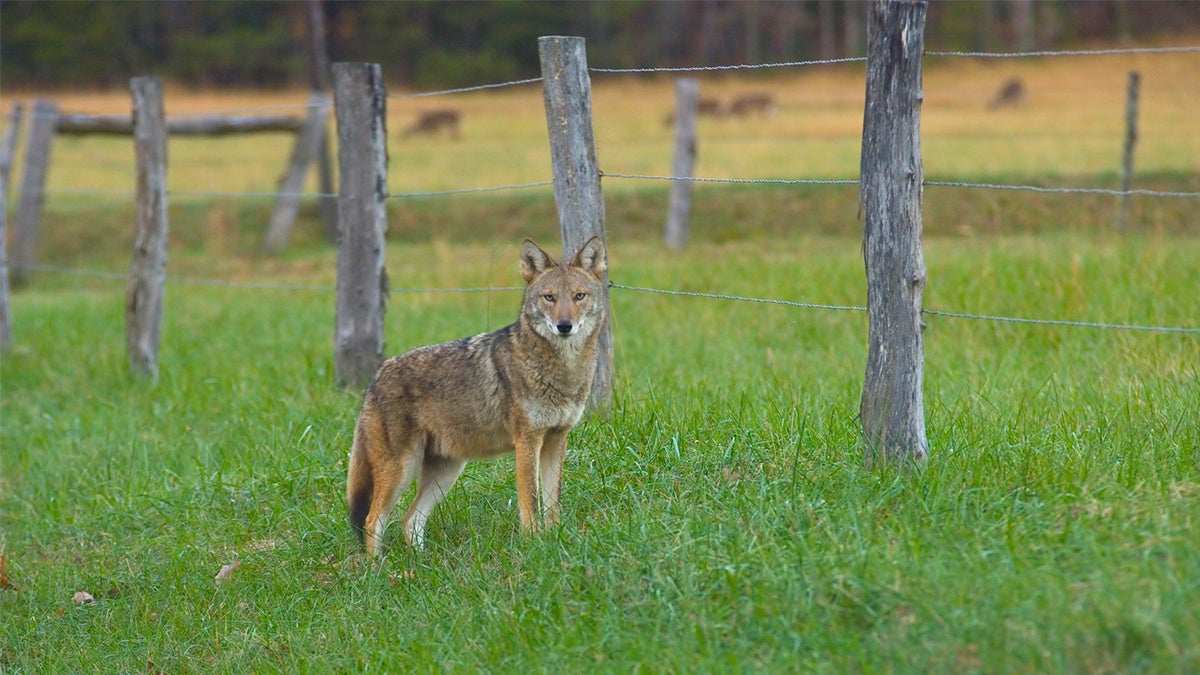 A coyote stands near a farmer's fence in Tennessee. Coyotes are a frequent target of controversial M-44 traps. EEI_Tony / iStock / Getty Images Plus

The traps, officially called M-44s but nicknamed “cyanide bombs,” are spring-loaded devices that kill their targets with a discharge of sodium cyanide, according to The Guardian. They are used by the U.S. Department of Agriculture’s (USDA) Wildlife Services to kill animals like foxes and coyotes that farmers and ranchers consider pests. But critics say that they cause long-term pollution and harm more than their intended targets, even killing pets and injuring humans, HuffPost explained.

The agency’s decision last week to allow continued use of the traps until a study on their impacts was completed in 2021 sparked a firestorm of complaints. The Center for Biological Diversity (CBD) told HuffPost that 99.9 percent of all comments sent to the EPA about the traps opposed them.

“I’m thrilled that the EPA just reversed its wrongheaded decision to reauthorize deadly cyanide traps,” CBD Carnivore Conservation Director Collette Adkins said in a statement to HuffPost. “So many people expressed their outrage, and the EPA seems to be listening. I hope the feds finally recognize the need for a permanent ban to protect people, pets and imperiled wildlife from this poison.”

“Obviously somebody at EPA is paying attention to the public’s concerns about cyanide bombs,” Fahy said in a statement reported by The Guardian. “It would appear they’re responding to public outrage over the interim decision from last week. Our phone has been ringing off the hook from concerned citizens regarding their greenlight to continue using these horrific devices. We’ll have to see how this plays out.”

The traps are deadly to both their intended and unintended targets. Of the more than 1.5 million native wild animals killed by Wildlife Services in 2018, around 6,500 of them were killed by the traps. In 2017, the traps killed around 13,200 wild animals, the Associated Press reported.

In one tragic incident recounted by HuffPost, one of the traps went off in Pocatello, Idaho in 2017 while 14-year-old Canyon Mansfield was walking his dog Casey. Casey died, and Mansfield was rushed to the hospital. He eventually recovered, and his parents are suing the USDA.

Wildlife Services stopped using the traps in Idaho after the incident, and in Colorado following a lawsuit. Cyanide bombs are currently banned in Oregon.