Cuomo’s Next Step Against Fracking: Reject the Constitution Pipeline 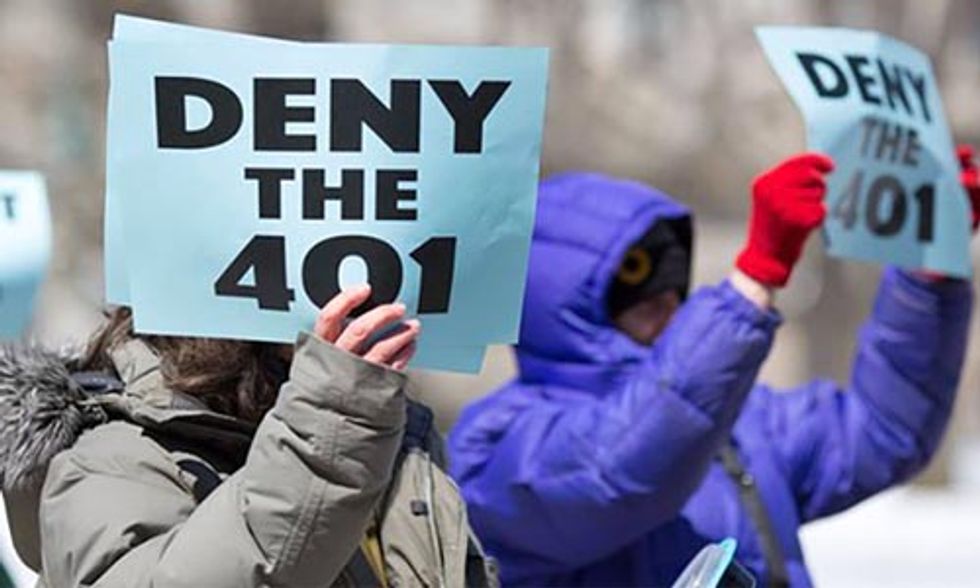 It's been over a year since New York banned fracking and we find ourselves at a crossroads. We can take the next logical step and reject the dangerous fracked gas infrastructure that increasingly threatens our wellbeing. Or we can continue to rely on fracked gas and accept the myriad risks that come with that choice. Like fracking itself, a maze of proposed gas pipelines, compressor stations and subterranean storage caves pose grave threats to New York's most precious resource—our abundant supply of clean water.

The same powerful grassroots movement that successfully achieved a statewide ban on fracking is now imploring the governor to reject infrastructure and embrace a truly renewable future. As he smartly did on fracking, Gov. Cuomo would be wise to listen. To truly lead—both on climate change and on protecting the health and safety of New Yorkers—Cuomo must turn away from new fossil fuel infrastructure in the state.

The Cuomo Administration has set a very reachable goal of reducing greenhouse gas emissions 80 percent by 2050. It's now clearer than ever that natural gas will not save us from the worst effects of climate change—particularly in light of a new Harvard study pointing to vast methane leakage throughout the typical fracked gas supply chain. In fact, natural gas is at least as bad for the climate as coal—it is 8,700 percent more potent a greenhouse gas than CO2 over a 20-year period. And at this rate, 20 years is too late to save us climate catastrophe. Bottom line: New York can't hit the 80 percent goal if it swaps out one fossil fuel for another. That's just what these new pipelines and gas-fired power plants would do.

The good news is that Gov. Cuomo can take the first step today toward embracing a truly renewable future. He can reject pending projects like Constitution Pipeline. This Constitution Pipeline would run from the fracking fields of Pennsylvania into New York's Southern Tier and on to the Capitol Region. It would intersect 277 known bodies of water. Cuomo is likely to decide on the project any day.

We know from experience elsewhere that the question isn't whether a devastating pipeline leak will happen, it's when and where. In fact, a new audit by New York Comptroller Thomas DiNapoli found that pipeline oversight is lax. And New York's Department of Conservation has described “catastrophic erosion events" caused by pipeline installation in a letter it sent to the Federal Energy Regulatory Commission (FERC) about the Constitution Pipeline.

What was FERC's response? They completely ignored New York's concerns, just as they did when Gov. Cuomo asked the agency to rethink the Algonquin Incremental Market (AIM) expansion pipeline—another risky pipeline whose route will run just feet from the Indian Point nuclear facility, 25 miles north of New York City. Gov. Cuomo has rightly expressed concerns about the AIM pipeline and in fact about Indian Point itself. But now is the time for him to leverage all of his political power to stop FERC's unconscionable rubber-stamping of potential catastrophe.

These dangerous pipeline projects are just the tip of the iceberg. The ravenous oil and gas industry has infrastructure plans for all corners of New York State—including another crazy plan to greatly expand an underground gas storage facility in an eroding salt cavern on the banks of Seneca Lake, a state tourism treasure. The list goes on and on.

To truly protect our water, we must turn away from all of these foolish, hazardous choices. Gov. Cuomo banned fracking. Now he needs to move us toward a truly clean, safe energy future. He should start right now by rejecting the Constitution Pipeline.