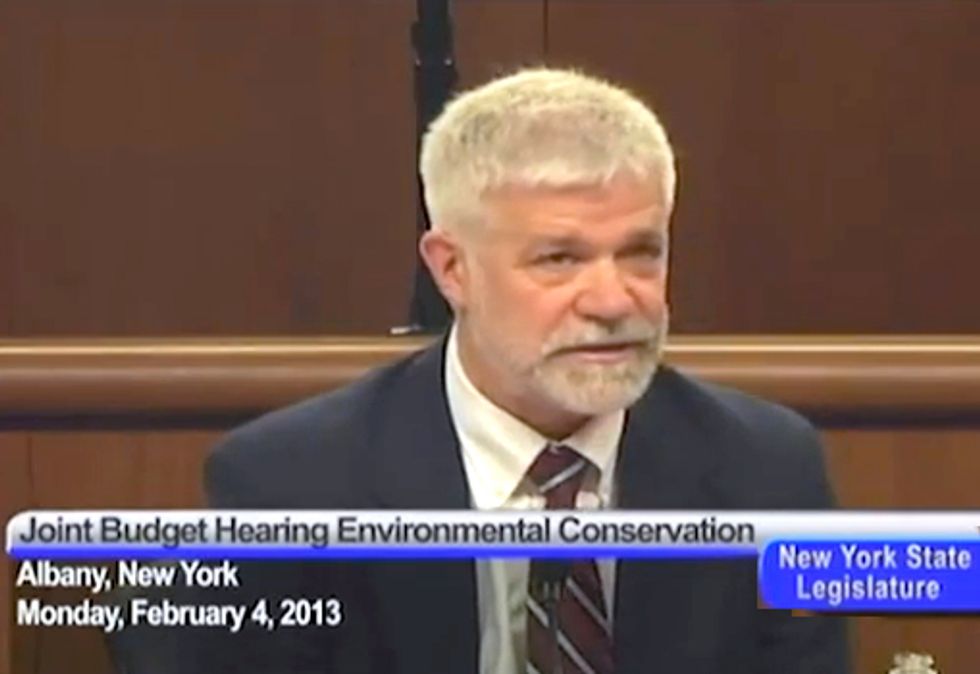 New York Governor Andrew Cuomo must have winced as state environmental commissioner Joe Martens was grilled on fracking during budget hearings last week. One legislator after another hacked at Martens, as he acknowledged that the state’s fracking health review wouldn’t be ready for “a few weeks,” despite being “critical” to an environmental impact statement that must be finished in a week.

To make matters worse, Commissioner Martens refused to commit to taking public comment on this critical health review. That’s because he’s run out of time for such comment without starting the whole process again. So, the public’s right to give input on the single most important report ever commissioned by the state on fracking is going out the window.

Please don’t imagine that Cuomo doesn’t care about how bad this looks. When nearly 300,000 public comments are submitted on an issue in less than one year, savvy politicians like our governor don’t just take note of public opinion, they pore over every detail.

The Governor knows that the opposition to fracking is deeper and stronger than is the support for this uniquely dangerous practice: 54 percent of New Yorkers who oppose fracking will be “very upset" if it happens, nearly three times higher than the number of supporters who will be very upset if fracking doesn’t go forward. Plus, 49 percent of New Yorkers say fracking poses unacceptable risks to drinking water—only 18 percent disagree.

Public opinion data like these show that the war over fracking is between people who say “no way,” because studies show it harms our water, air and communities, and folks who know that the environment may suffer but hope it won’t be that bad.

Fracking is by far the severest test Andrew Cuomo has faced as Governor. In fact, it’s not too much of a stretch to predict that what Cuomo does on fracking will define his term of office. Whether you look at polling numbers, scientific evidence or the likelihood of defeat in court, the Governor is better off if he ‘hits the reset button’ on fracking.