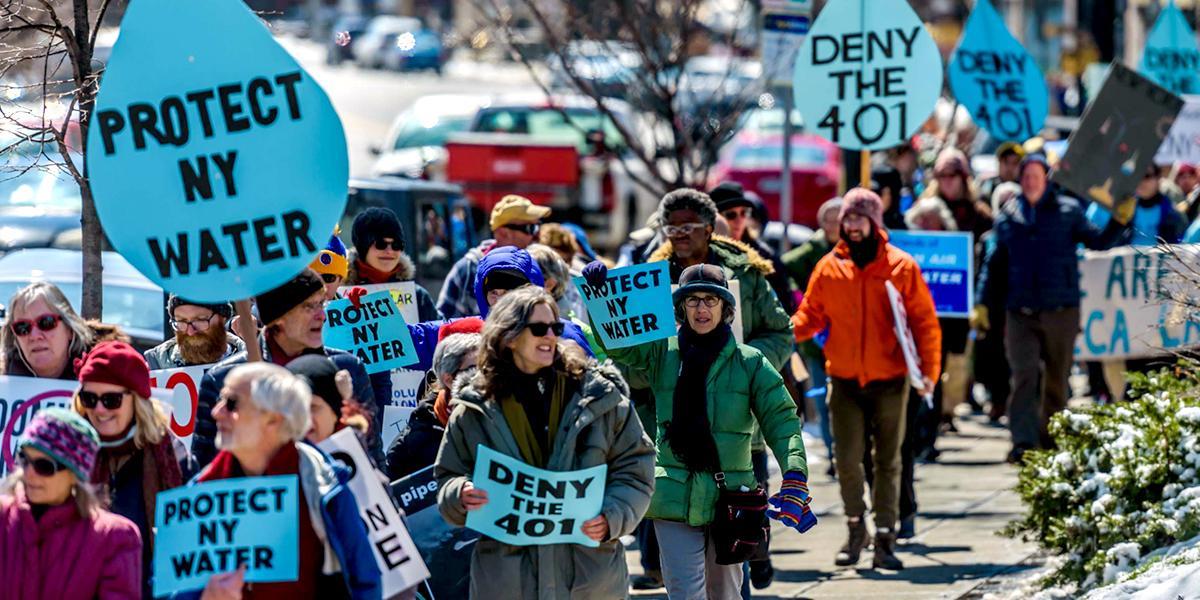 New York State blocked the Northern Access Project on April 7, a pipeline that would have carried fracked gas from Pennsylvania to Canada via New York. This is a huge victory not just for New Yorkers but for the entire planet.

The New York State Department of Environmental Conservation (DEC), after a careful and exhaustive study, exercised its right under Section 401 of the federal Clean Water Act to deny certification to the proposed 24-inch diameter, 99-mile pipeline. Without 401 certification, the natural gas pipeline cannot go forward within the state.

Gov. Cuomo and DEC Commissioner Basil Seggos have shown exceptional leadership in denying the permit. This project was a serious threat to water quality, wildlife, trout streams and other habitats, as well as to air quality in the North Country and Western New York. The pipeline would have directly harmed 192 streams, 600 acres of forests and more than 17 acres of wetlands in the state and would have crossed one sole source aquifer—the Cattaraugus Creek Basin Aquifer System—the sole source of drinking water for 20,000 residents in Cattaraugus, Erie and Wyoming counties in New York.

DEC’s decision to deny 401 certification for the pipeline is not the first time that Gov. Cuomo has taken bold action to protect the environment. In 2015, New York State was the first state with natural gas resources to ban fracking in the U.S. and in 2016, the State denied a 401 certification to Constitution pipeline, another natural gas pipeline that could have significantly harmed state water quality. This bold state-level leadership is even more vital now in light of the Trump administration’s overt courtship of the fossil fuel industry and its planned evisceration of U.S. Environmental Protection Agency’s budget.

This decision may not have happened but for widespread opposition from the environmental community across the state. On March 27, hundreds of people from across New York State rallied in Albany to express their outrage over the proposed pipeline, demonstrating statewide opposition to this dangerous project. That same day, 143 organizations, businesses and faith communities representing thousands of New Yorkers signed on to a letter asking DEC to deny 401 certification to Northern Access.

The denial of the 401 certification demonstrates that, even when the federal government erodes basic safeguards on health and the environment, states still have the power to protect their citizens and their waterways from the encroachment of the fossil fuel industry. And when citizens band together, they can halt the construction of unnecessary natural gas pipelines and stand up for their communities.

We commend Gov.Cuomo and Commissioner Seggos’ decision to stop this pipeline from moving forward.

Kimberly Ong is a staff attorney at the Natural Resources Defense Council.