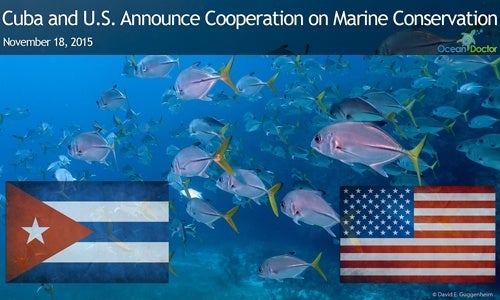 The National Oceanic and Atmospheric Administration (NOAA) and the National Park Service (NPS) signed a Memorandum of Understanding (MOU) with Cuba’s Ministry of Science, Technology and Environment (CITMA) yesterday. The agreement will facilitate collaboration in marine science, stewardship and management of Marine Protected Areas (MPAs). The MOU also aims to promote education and outreach initiatives in both countries. 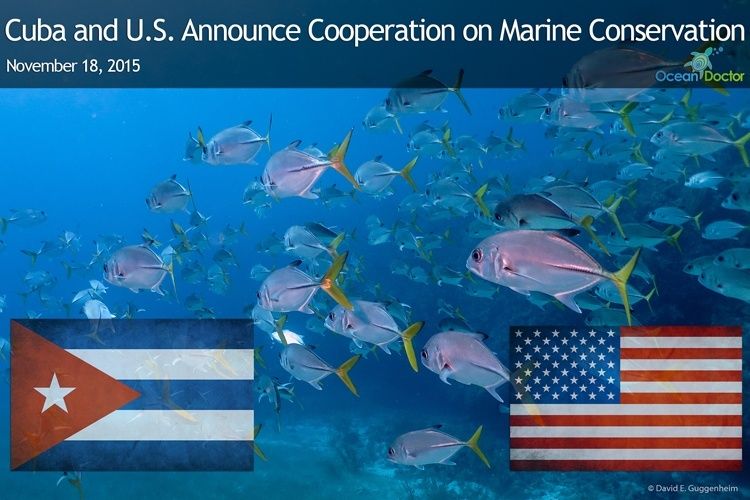 The MOU builds upon the work led by a number of U.S. nongovernmental organizations (NGOs), including Ocean Doctor, Center for International Policy and Environmental Defense Fund, which have worked for more than 15 years to elevate collaboration in marine science and conservation in Cuba during a period with no diplomatic relations and limited government-to-government dialogue. Marine conservation is recognized as one of the most successful areas of collaboration between Cuba and the U.S. during the years without formal diplomatic relations.

I co-led a decade of research expeditions with the University of Havana’s Center for Marine Research to create the first ecosystem maps of Cuba’s northwestern coast, until then its most unexplored waters. Banco San Antonio, the key Cuban component of today’s agreement, was part of those expeditions. In the process, this research helped train the next generation of Cuban marine scientists who today are in positions of leadership in Cuba.

Ocean Doctor works in Cuba, housed by its Cuba Conservancy Program. It has advanced beyond basic scientific research to comprehensive conservation efforts, including:

Cuban Embassy Opens in DC After 54 Years: Will Cuba Remain the ‘Green Jewel’ of the Caribbean?