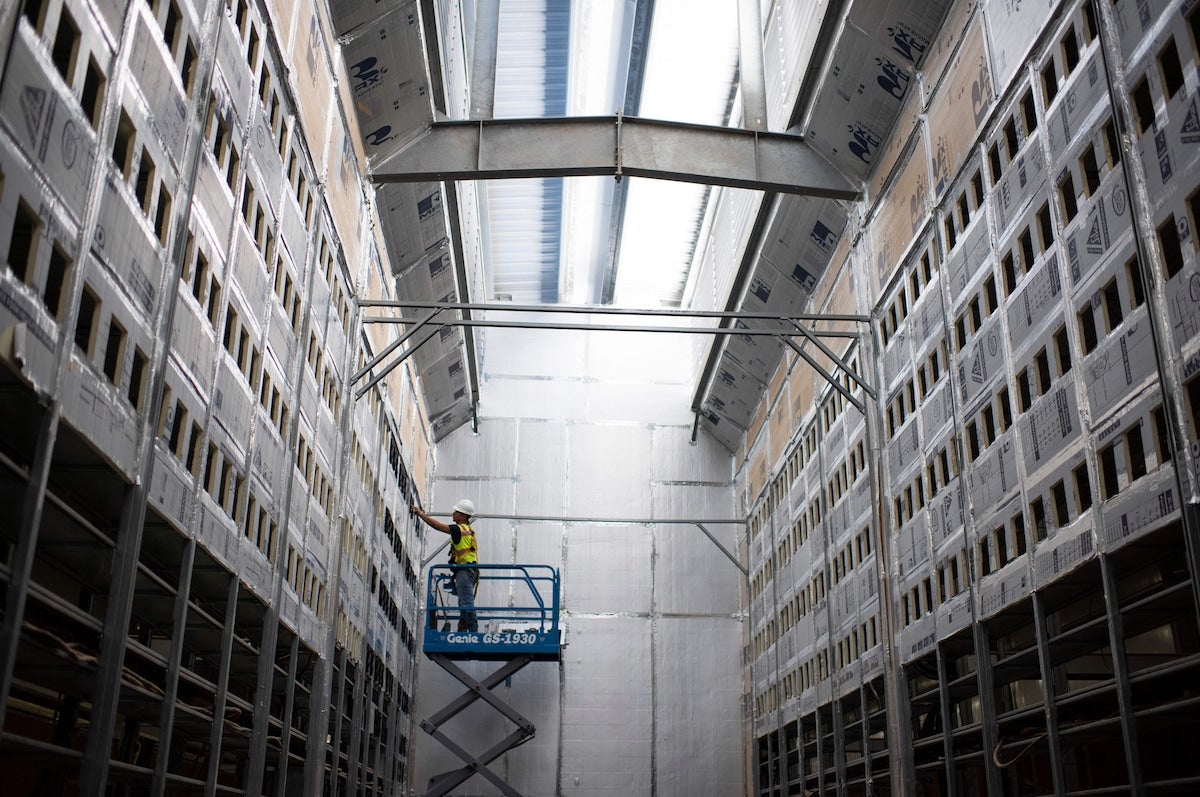 Cryptocurrency prices, which were soaring at the end of 2021, have plummeted into a so-called “crypto winter.” But could this chilly period for cryptocurrencies help cool the climate as well?

When Bitcoin prices fell below $20,000 this month, its energy use fell as well.

“Part of what it means is that global electricity consumption is now dropping by about half a percent; roughly half of what is needed to power global data centers,” Digiconomist tweeted June 18.

Cryptocurrencies reached an all time high at the end of 2021, Insider reported. The market amassed a value of $3 trillion in November of 2021, higher than the November values of Microsoft or Apple. However, the cryptocurrency boom spurred concerns for the climate. Mining cryptocurrency, especially Bitcoin, is very energy intensive, and Bitcoin miners have even taken to revitalizing aging fossil fuel infrastructure to power their transactions.

Then, the crypto bubble began to deflate because of concerns about a recession and inflation, Insider reported. The entire market value has fallen to $903.2 billion as of Wednesday. The market decline meant that Bitcoin’s prices have fallen by half since May 1 and its energy consumption has fallen for the first time since the pandemic, Digiconmist founder and Dutch economist Alex de Vries told Quartz.

Overall, Bitcoin’s energy use has declined by a third since June 11, The Guardian reported, though it still burns the same amount as Argentina does in a year and a single transaction still uses as much energy as a U.S. household in 50 days. Etherium, another major cryptocurrency, has seen its energy use decline by just a little more than half, from 94 terawatt-hours a year to 46.

The decline is because of how cryptocurrency mining works. Bitcoin mining involves lots of energy use because it requires solving complex computer problems to release new coins. As the supply of coins shrinks, the computing power–and therefore the conventional power–needed to release new coins increases. Ethereum can be mined on a regular computer but is more cost-effective with a very strong graphics card, and the supply of these cards is limited, The Guardian explained. Overall, powering mining costs money, and, now that the price per coin is lower, the operations no longer pay for themselves.

“This is literally putting them out of business, starting with the ones that operate with suboptimal equipment or under suboptimal circumstances (eg inefficient cooling),” De Vries told The Guardian. “For bitcoin mining equipment that’s a big issue, because those machines cannot be repurposed to do something else. When they’re unprofitable they’re useless machines. You can keep them around hoping the price will recover or sell them for scrap.”

De Vries told Quartz that the initial energy decline came from a decline in Bitcoin mining operations in Kazakhstan. Mining there is more expensive because equipment is less efficient and the energy grid is less reliable. That grid is also largely powered by coal, which makes the decline in mining good news for the climate.

For Bitcoin mining to decline in the U.S. as well, the price per bitcoin would have to fall to around $10,000, De Vries predicted.