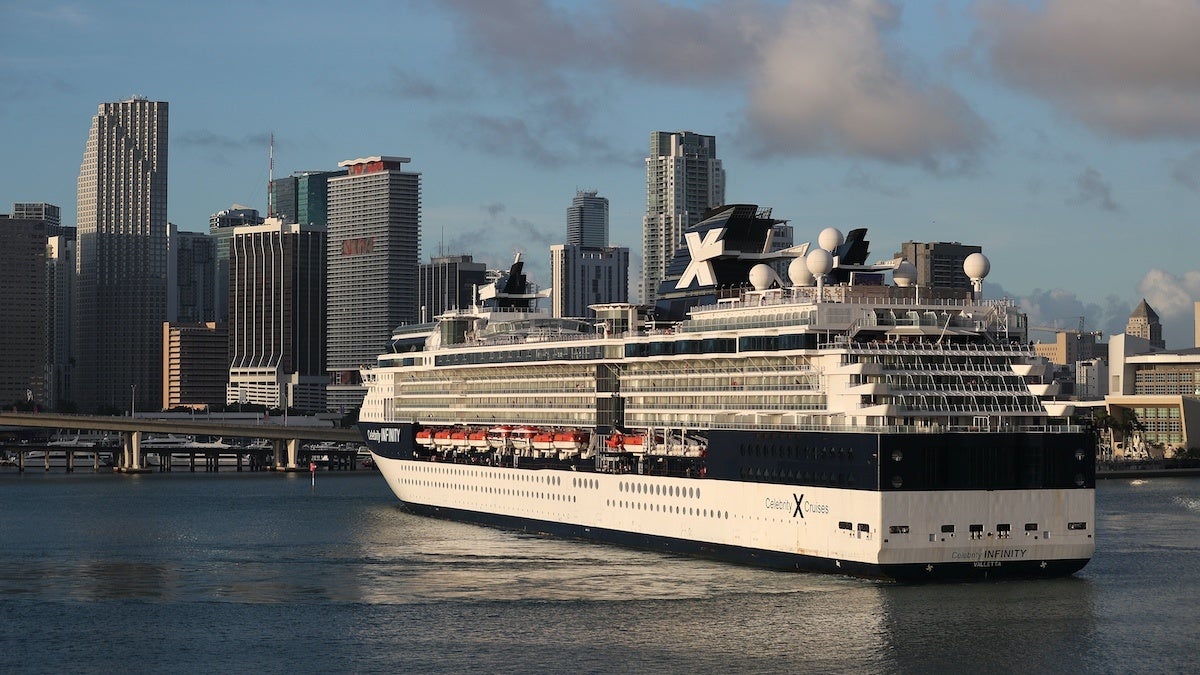 The Celebrity Infinity Cruise ship, a wholly owned subsidiary of Royal Caribbean Cruises Ltd, returns to PortMiami from a cruise in the Caribbean on March 14, 2020 in Miami, Florida. Joe Raedle / Getty Images

Two of the world’s leading cruise lines are facing scrutiny and potential legal consequences due to their handling of the SARS-CoV-2 pandemic, the coronavirus responsible for the severe respiratory disease COVID-19.

Royal Caribbean faces a wrongful death lawsuit after a 27-year-old crew member on the Celebrity Infinity died from the virus and two others were airlifted off of the Oasis of the Seas vessel, reported USA Today at the time.

“It’s very clear that the entire cruise industry dramatically mishandled the entirety of this outbreak, not only as it relates to passengers, but also as to crew members,” maritime attorney Michael Winkelman, who represents the man’s family, told CBS News.

“I think had they taken the steps that pretty much every single person around the world was taking, I don’t think he would be dead today. Had they implemented proper social distancing quarantines, given proper masks to everybody, I think that Pujiyoko [the man] would still be alive today.”

As of May 4, the Miami Herald reported that at least three crew members from the ship have died as a result of the virus.

Meanwhile, Congress has launched an investigation into Carnival Cruise Line‘s response to the coronavirus pandemic. Bloomberg reported that the U.S. House Committee on Transportation and Infrastructure is investigating the company’s handling of the outbreak as more than 1,500 cases have been confirmed from aboard the company’s ships and dozens of passengers and crew members have died.

The committee sent a letter to the Centers for Disease Control and Prevention, the U.S. Coast Guard and Carnival Corps. Chief Executive Officer Arnold Donald has requested internal documents and has future plans to address concerns as cruise ships gear up to continue halted operations as early as August, reported NBC.

At the height of the pandemic outbreak, the CDC issued a no sail order for all cruise ships after at least 10 vessels reported crew or passengers that had either tested positive or exhibited symptoms in line with those related to COVID-19. Additionally, the agency said that it was aware of 20 anchored or at-port ships in the U.S. with known or suspected infection with members on board. Crews required to stay onboard are suggested to have twice-daily temperature checks reported and recorded by the ship’s medical center, which is required to submit weekly data to “conduct surveillance for COVID-19 among crew who remain onboard cruise ships.”

On April 9, the CDC renewed the No Sail Order until July 24 under the conclusion that cruise ship travel “may continue to introduce, transmit, or spread COVID-19.”

“Cruise ships are a fertile breeding ground for infectious diseases due to their environmental conditions and physical structure,” wrote DeFazio, citing a 2018 study published in the Journal of Travel Medicine that found that the nature of cruise ships facilitates the “rapid spread of highly infectious agents.” Three years ago, a book on cruise ship tourism stated that the industry was lacking in its proactive approach in crisis management and recommended prioritizing and preparing for emerging health issues, yet a report by Bloomberg published earlier this year found that the industry did not heed such advice.

Executives have until May 15 to deliver the requested documents and records.