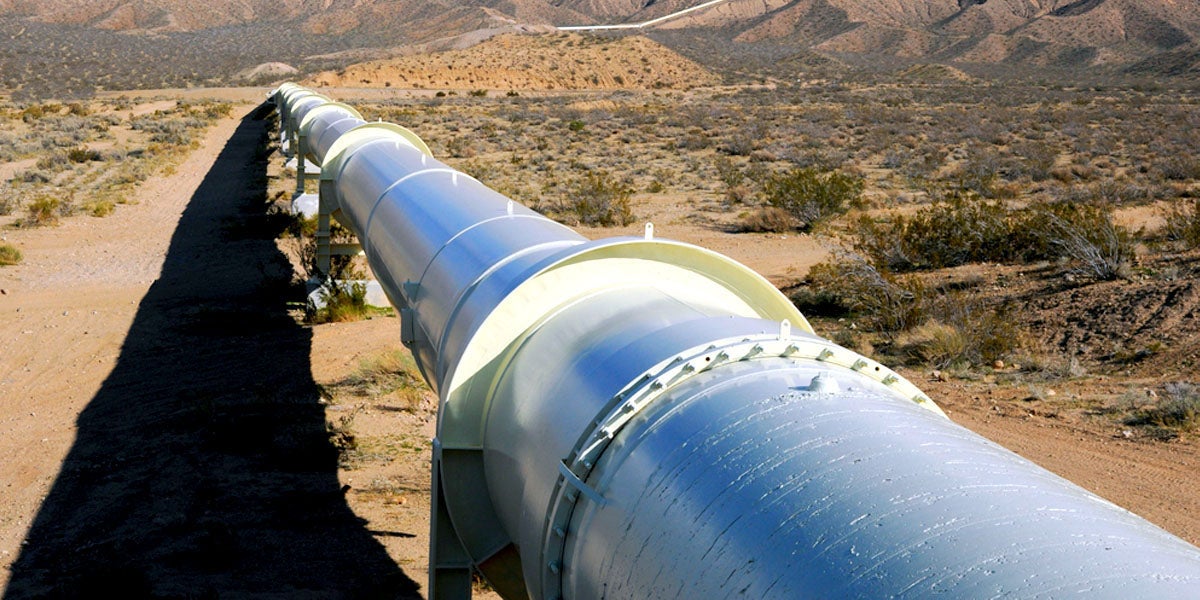 A six-inch crude oil pipeline operated by Belle Fourche Pipeline Company in western North Dakota was shut down following discovery of a leak on Monday. The amount of the spill was not immediately known, but oil has leaked into the Ash Coulee Creek in Billings County.

The site of the spill is about 200 miles from the camp where members of the Standing Rock Sioux Tribe and their supporters have been protesting the construction of the Dakota Access Pipeline.

“It is a significant spill,” Bill Suess, spill investigation program manager for the North Dakota Department of health, said.

“A series of booms have been placed across the creek to prevent downstream migration and a siphon dam has been constructed four miles downstream of the release point.”

The Belle Fourche Pipeline Co. is part of the family-owned True companies, which also operates Bridger Pipeline LLC. Both pipelines are operated from the same control room in Casper, Wyoming. From 2006 to 2014, Belle Fourche reported 21 incidents, leaking a total of 272,832 gallons of oil. Bridger Pipeline recorded nine pipeline incidents in the same period, spilling nearly 11,000 gallons of crude.

“In general, Bridger has a poor compliance history,” wrote a federal regulator charged with overseeing pipeline safety in a 2012 order regarding a 2006 oil spill.

A Belle Fourche pipeline that spilled 12,200 gallons in May, 2014 occurred on Bureau of Land Management (BLM) land near Buffalo, Wyoming. It was later discovered that Belle Fourche did not have a permit to operate the land. Its sister company, Bridger, was fined $27,029 for trespassing by the BLM.

Bridger was also responsbile for dumping up to 50,000 gallons of crude into the scenic Yellowstone River in 2015.

While operators claim that oil pipelines are safer than trains or trucks, an aging infrastructure and inadequate oversight leads to numerous leaks, most of which never make headlines. A Nov. 30 analysis by Citylab revealed that more than 9,000 significant accidents over the past 20 years have resulted in 548 deaths, 2,576 injuries and more than $8.5 billion in financial damages. An Oct. 25 analysis by EcoWatch found 220 significant pipeline spills to date in 2016 and showed that the number of significant pipeline incidents has grown 26.8 percent from 2006 to 2015.

There have already been 220 'significant' pipeline spills already this year. https://t.co/Z4LOtZUzui via @EcoWatch

The Belle Fourche and Bridger pipelines transport crude oil in the Williston Basin of western North Dakota and eastern Montana and the Powder River Basin of Wyoming.