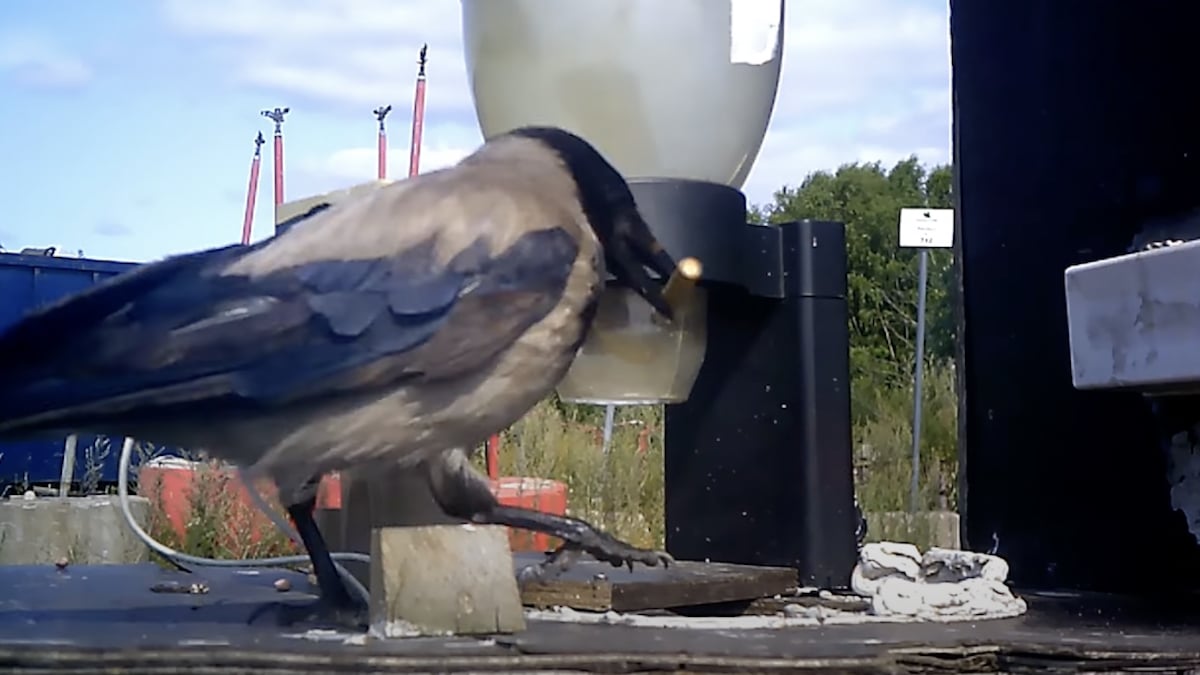 Crows are being trained to pick up cigarette butts by a company in Sweden. The Guardian / YouTube screenshot

Cigarette butts are the No. 1 form of plastic pollution, with around 4.5 trillion tossed cigarette butts in the world today. In Sweden, a company called Corvid Cleaning is using crows to pick up this discarded waste.

For every butt deposited, the birds earn food. They collect the cigarettes, then drop them off in a specially designed machine. Christian Günther-Hanssen, founder of Corvid Cleaning, says the birds are still wild but are participating in the cleanup “on a voluntary basis.” The scheme is currently undergoing a pilot project, so the company can evaluate the birds’ health.

While trillions of cigarette butts make their way into the environment globally, the Keep Sweden Tidy Foundation estimates that there are over 1 billion cigarettes in the country alone. This type of waste makes up 62% of all litter, as reported by The Guardian.

To keep the streets free of debris, Sweden spends around 20 million Swedish krona (about $2.2 million) on street-sweeping. Günther-Hanssen believes that relying on wild crows to pick up cigarettes in exchange for food could reduce street-cleaning costs by 75% or more.

Why crows? According to a 2014 study, crows showed reasoning skills equivalent to a 7- to 10-year-old human child, giving them a higher chance of successfully handling the complex tasks of seeking out littered cigarettes, dropping them off to a specific machine and receiving food as their reward.

“They are easier to teach and there is also a higher chance of them learning from each other,” Günther-Hanssen said. “At the same time, there’s a lower risk of them mistakenly eating any rubbish.”

There is still concern about the birds’ health handling this toxic litter. Of course, there’s also the question of why we are able to train animals to pick up litter, but we cannot teach humans to stop littering.

“It would be interesting to see if this could work in other environments as well. Also from the perspective that we can teach crows to pick up cigarette butts but we can’t teach people not to throw them on the ground,” said Tomas Thernström, a waste strategist at Södertälje municipality, where the drop-off machine is located. “That’s an interesting thought.”