Newly Discovered Crocodile Species Dined on Dinosaur (at Least Once) 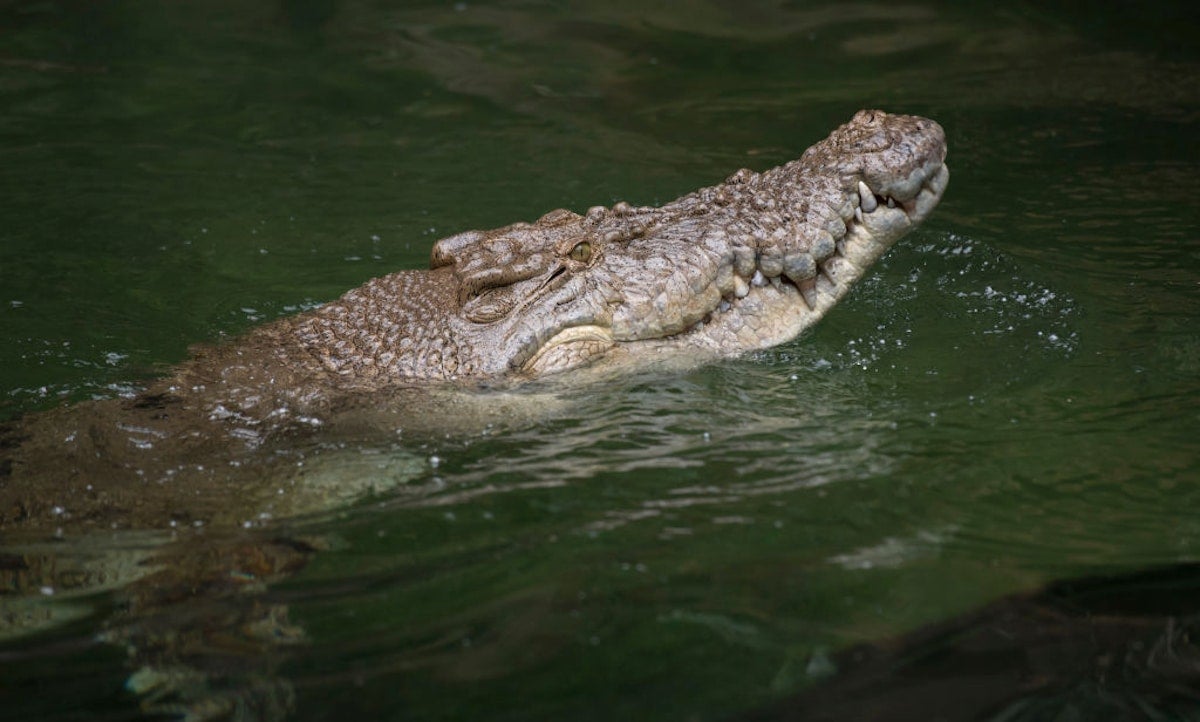 Scientists have discovered a prehistoric species of crocodile that had an extraordinary last meal.

The new species is called Confractosuchus sauroktonos, or the broken dinosaur killer, because it was found with the remains of a young ornithopod dinosaur in its stomach, the Australian Age of Dinosaurs Museum announced Friday.

“At the time of its death this freshwater crocodile was around 2.5m [approximately 6.6 feet) long and still growing,” Australian Age of Dinosaurs Museum research associate Dr. Matt White said in the museum announcement. “While Confractosuchus would not have specialised in eating dinosaurs, it would not have overlooked an easy meal, such as the young ornithopod remains found in its stomach.”

The scientists published their findings in the journal Gondwana Research Friday as well.

The new reptile was discovered in a sheep station in Queensland, Australia, Sky News reported. Experts believe it lived more than 95 million years ago, during the Cretaceous period.

Its last meal is notable because it is the first example of a crocodile eating a dinosaur ever found in Australia, and an unusual find overall.

“The discovery of a small juvenile ornithopod in the gut contents of a Cretaceous-aged crocodile is extremely rare, as only a handful of examples of dinosaur predation are known globally,” the museum wrote.

There is also little direct evidence of the diets of prehistoric crocodiles overall, according to the study. Usually, scientists rely on bite marks on fossil bones to determine their diets, and from this, there is evidence that crocodiles did prey on dinosaurs. However, actual evidence from the crocodiles’ stomach contents “has been elusive,” the study authors wrote.

The remarkable specimen was discovered in 2010 in the Winton Formation, a geological rock bed, CNN reported. It is the second-ever crocodile species to be discovered in the formation, the museum said. The crocodile had been partly crushed, but 35 percent of it had been preserved, CNN reported. Scientists were able to recover an almost complete skull and use X-ray and CT scans to find the dinosaur bones inside the crocodile. They spent 10 months completing a 3D computer reconstruction of the dinosaur remains.

The find tells scientists more about the role that dinosaurs played in Cretaceous ecosystems.

“It is likely dinosaurs constituted an important resource in the Cretaceous ecological food web,” White said in the announcement. “Given the lack of comparable global specimens, this prehistoric crocodile and its last meal will continue to provide clues to the relationships and behaviours of animals that inhabited Australia millions of years ago.”