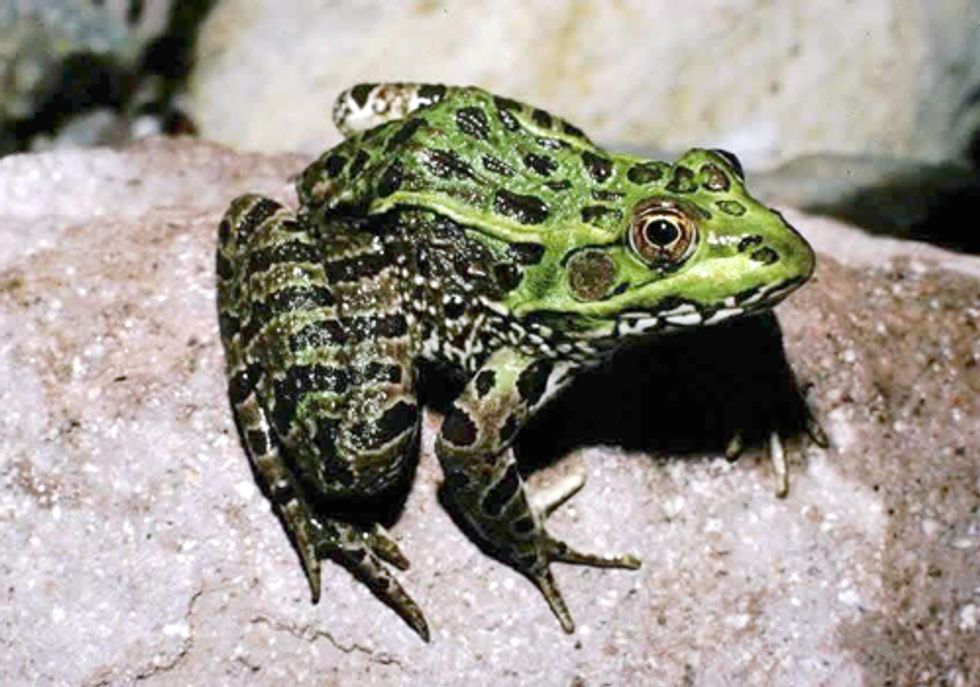 The U.S. Fish and Wildlife Service has designated approximately 10,346 acres as critical habitat for the Chiricahua leopard frog (Lithobates chiricahuensis) in Arizona and New Mexico to help protect the species from ongoing threats and serve as refugia for its recovery. The agency also affirmed the frog’s threatened status following recent reclassification of the species. The critical habitat designation is made in response to a settlement agreement between the agency and WildEarth Guardians in May 2009.

“Critical habitat is essential to species recovery, and will be especially important for the leopard frog,” said Mark Salvo, wildlife program director for WildEarth Guardians. “Facing recurrent drought, an onslaught of threats to its habitat, devastating chytrid fungus, and non-native predators, this frog needs all the help it can get.”

The Chiricahua leopard frog historically occurred in cienegas, lakes, ponds and riparian zones at elevations between 3,281 to 8,890 feet in central and southeastern Arizona, west-central and southwestern New Mexico, and the sky islands and Sierra Madre Occidental of northeastern Sonora and western Chihuahua, Mexico. It has been eliminated from its namesake, the Chiricahua Mountains of Arizona, and has disappeared from more than 80 percent of its former range in Arizona and New Mexico.

The final rule, to be published in the Federal Register on March 20, designates 39 sites as critical habitat within the frog’s range in Apache, Cochise, Gila, Graham, Greenlee, Pima, Santa Cruz, and Yavapai Counties in Arizona; and Catron, Grant, Hidalgo, Sierra, and Socorro Counties, New Mexico. All but one of the sites are currently occupied by leopard frogs. The 39 units are on federal (6,958 acres), state (348 acres) and private (3,040 acres) land.

Myriad land uses threaten the Chiricahua leopard frog and its habitat include mining, livestock grazing, water diversion, groundwater pumping, development, and altered fire regimes. Drought, exacerbated by climate change, also affects the species. However, the most important threats to the frog are the deadly chytrid fungus and predation by non-native animals. Chytrid fungus is contributing to amphibian population declines worldwide and has caused major die-offs in the Chiricahua leopard frog. A host of non-native predators also prey on the Chiricahua leopard frog, including bullfrogs, crayfish, fish and salamanders. For instance, sites where the leopard frog has been eliminated are 2.6 times more likely to have introduced crayfish than control sites. Also, despite prohibitions, the Service has documented continued releases by anglers of non-native salamanders (used as bait) infected with chytrid into the leopard frog’s habitat.

Critical habitat designation applies differently to federal and non-federal lands. On federal lands, critical habitat designation requires federal agencies to consult with the Fish and Wildlife Service prior to permitting activities within designated areas to ensure they do not adversely affect the listed species. The same restrictions do not apply to land use and development in critical habitat on non-federal lands, unless they require federal permitting or expenditures, in which case the Service would assess the proposed activity for its potential to destroy or adversely modify critical habitat, and may require some modifications, before approving further federal involvement.